How Your Bones Renew Themselves: An Inside Look - Save Our Bones

How Your Bones Renew Themselves: An Inside Look 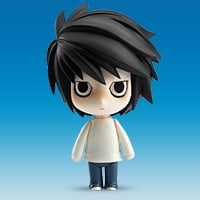 That’s right. You must lose bone if you want to have healthy bones.

Right there in that one sentence I’ve summed up what’s so dangerous about taking osteoporosis drugs. Because the folks who sell those poisons don’t understand this notion… or they do yet choose to ignore it.

I’ll let you make that judgement for yourself.

Now you might think I’ve gone off the deep end by saying something as crazy sounding as, “You have to lose bone…” but I’m not crazy.

This vital mechanism that involves bone loss and subsequent new bone formation is the key to healthy bones and to the prevention of fractures.

I thought you might enjoy visualizing how your bones actually rebuild themselves. And what better way than with the help of Oscar the Osteoclast – (as you can tell, I'm in a lighthearted mood). So let's take a trip to the Bone Riviera to explore Oscar's world together…

Greetings from the Bone Riviera:

Hi, my name is Oscar the Osteoclast, and I live in Vivian's hipbone, also known as the Bone Riviera – at least for the past few years. You see, I and my large family are osteoclasts, those perky little bone cells that, when all is well, help make just enough space for new bone to replace old bone.

We are constantly in touch with our central computer system, also known as B.R.A.I.N. In case you didn't know, B.R.A.I.N is an acronym we use that represents “Bio-Responsive Activated Instant Network.” It seamlessly coordinates our work schedule, and more importantly, it makes sure that our work is in constant harmony with all of our neighbors that live inside Vivian's body. Not a small feat!

So here's my story

Until very recently, I and the rest of my osteoclast family were living in a labor camp. We used to work many uninterrupted hours, digging holes in the hipbone, with no end in sight. We could not figure out why we had to dig so much, especially since a lot of the holes we dug remained empty. And to make matters worse, our neighbors and expert bone builders called osteoblasts, had packed up and left the hipbone.

I'll soon explain how the mystery of their disappearance was solved, but first I'd like to tell you what completely turned our life around. A few years ago, in 2004 to be exact, Vivian had her first bone density test. ‘Finally', I thought to myself!

Vivian's bone mineral density test showed that she had substantial bone loss in the hip and the doctor prescribed Fosamax.

Now that really brought us into panic!

We had heard rumors that Fosamax and other medicines called Boniva and Actonel, had destroyed entire villages of osteoclasts , and that it could take as much as ten years till a new population could settle in the same area.

Luckily, Vivian's B.R.A.I.N. was quick to act, and she decided to start researching how to improve her bone density without taking the drugs that would kill us. For quite a while we continued to work hard, but eventually we started to notice that our work days kept getting shorter. In fact, later on we were informed by B.R.A.I.N. that thanks to Vivian's Osteoporosis Reversal Program, we would be part-time workers instead of full-time workers.

And one day, our old neighbors the osteoblasts showed up. Now THEY were the full-time employees, constantly building new bone. B.R.A.I.N. had finally decided to give us a break, and from then on, our long-gone neighbors would work round the clock to build Vivian's hipbone.

As it turns out, the majority of osteoblasts had been missing because they had been attacked by the forces of the Evil Empire and taken hostage to a secret place. But with the help of the wonderful Osteoporosis Reversal Program, and the vitamins and minerals Vivian started taking after 2004, they managed to escape and came back home to do their job.

Boy are we relieved…

I really hope that Vivian will continue whatever she's doing, because we would like to keep this lifestyle forever. I have plenty of free time, so if you want to tell me your bone cell story, send me an email to oscar@vivians-hipbone.com… Just kidding…

I hope you enjoyed that light-hearted inside look at bone remodeling.

As you just learned, your body is designed to heal itself. And part of that process involves generating new bone tissue.

Once that’s done, other cells move in and start to fill the holes with new bone.

Over The Course of a Year, About 5%-10% of Your Bone is Replaced

Your body is an amazing thing, as long as you don’t mess with it.

Osteoporosis drugs stop the cells that remove your old bone tissue. They work to retain the bone tissue that’s there. The problem is, it’s old, dried up and damaged!

How healthy does that sound to you?

So by loading up on prescription osteoporosis drugs, you’re actually harming your body’s ability to grow new bone!

Just like a lot of things in mainstream medicine, the more they try to “help” with their drugs, the worse the situation becomes over the long term.

If this is something you didn’t know about bone health, then your eyes are going to be opened when you go through the full Osteoporosis Reversal Program.

The fact is, the general population has been sold a bunch of lies about how best to deal with osteoporosis and bone health.

I found the truth… because I HAD to find it to heal myself.

Order your copy of the Osteoporosis Reversal Program today