How to Flip the Hidden "Switch" That Builds More Bone! 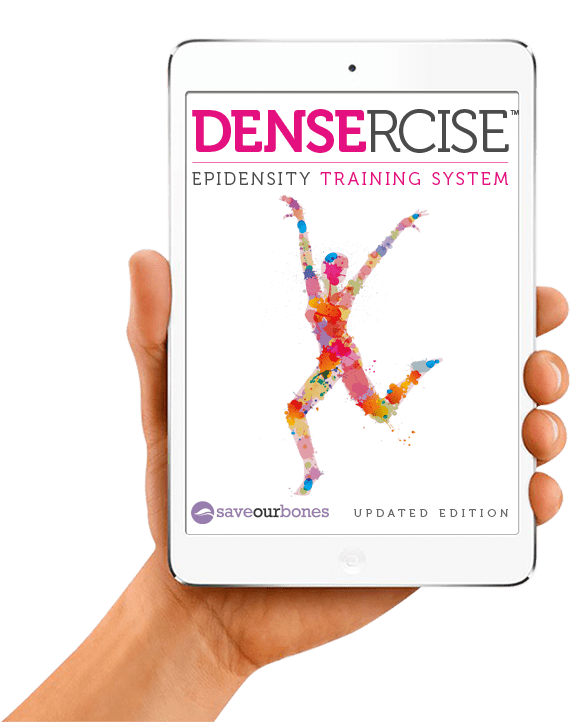 In the next few minutes, I’m going to reveal some exciting new research in the area of bone growth—and I’m going to “connect the dots” and show you how you can use it to jumpstart the growth of your bones. 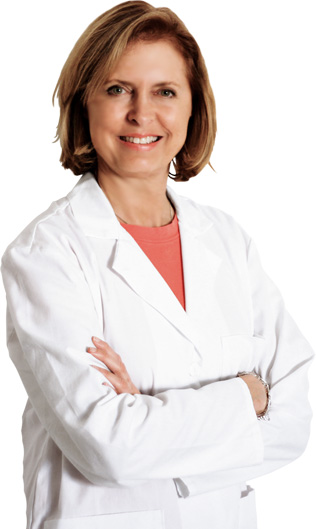 More than that, I’m going to give you a way to focus on those areas that are most prone to fracture.

By the end of this short message, you will understand that…

You Are No Longer “Stuck” With the Bones You Have…

Most people don’t realize that your bone is ALIVE. And there are things you can do, starting today, to send the signals to your bones to start building themselves up.

And it only takes 15 minutes a day, three times per week to make real progress.

What you’re about to discover…

You can’t really find a person who would argue with you that exercise is good for your body. That’s plainly obvious to just about everyone.

And while most people understand that regular exercise tones and strengthens your muscles, far fewer people have any idea what it can do to your bones.

I understood part of it, but I didn’t see the whole picture. Not until about 2007 when research started coming out about a relatively new field called “epigenetics.”

Most people think they are stuck with their DNA. That there’s not much they can do about their “genes” and how those genes affect their life.

As epigenetics is beginning to show us, that couldn’t be further from the truth. While it’s not really possible to change your specific DNA sequence, that doesn’t mean you are helpless!

Epigenetics shows us that, while we can’t change our DNA sequence, we can exert control in changing how our genes are expressed. The way you take control is by making strategic changes to your environment.

Here’s how it works…

A Real World Example: Epigenetics and the Fat Burning “Switch”

A study from June 2013 demonstrates just how powerful epigenetics can be. This study was actually focused on weight loss. But I’ll connect the dots to bone health in just a minute.

This example makes it easy to understand how powerful epigenetics is.

In the study, a group of men were monitored over the course of a 6 month exercise program. Some amazing things happened as a result of the “environmental” change caused by the exercise.

Following the study, researchers discovered that the exercise had in fact “switched off” the expression of genes known to contribute to obesity and Type 2 Diabetes.

The men still had the genes but they were no longer expressed!

Did you get that?

The genes didn’t change, their expression in the world DID. And it was all caused by changes in environment.

So what does this mean for bone health? And how can you use this breakthrough to help strengthen your bones?

Connecting the Dots: Wolff’s Law, Epigenetics and the Birth of Epidensity Training

As I began digging deeper into the world of epigenetics, I started to wonder if this very same idea could be focused on the genes that control the growth of bone in our bodies.

If you’ve done much research into bone health, you’ve probably come across the work of Julius Wolff and his discoveries about bone transformation.

After decades of work, Dr. Wolff presented his now-verified theory that bone is a living tissue that is created and changed as a reaction to the force of muscular tension and gravitational pressure imposed on it.

I’ve studied the work of Dr. Wolff closely. One day I realized that by taking Dr. Wolff’s discoveries and combining them with the new research coming out about epigenetics, there might be a way to use exercise to flip the hidden “switch” that controls bone growth.

Then you’d basically be able to put yourself in the driver’s seat. Through strategic changes in your environment, you can control how your genes are expressed.

If you get nothing else, know that exercise grows bone. And exercises targeted at the areas most prone to fracture could help transform the future of anyone suffering from osteoporosis or osteopenia.

I call all of this “Epidensity Training.” And it’s the secret behind something that I’m extremely excited to announce!

As I detailed in my best-selling Save our Bones Program, I made the decision to fight osteoporosis without prescription drugs and their harmful side-effects.

Densercise™ is the exercise component of my battle against osteoporosis. It’s the ONLY exercise program specifically created to improve bone density. The Densercise™ Epidensity Training System is a four-week program that incorporates a system of weight bearing, resistance, and postural exercises. I developed the exercises to build and support bone in high-risk fracture areas such as wrists and ankles… plus the hips and spine.

You don’t need to buy any equipment and it only takes 15 minutes a day, three times a week in the comfort of your home.

When I developed the Densercise™ Epidensity Training System, I had this principle in mind: simple exercises that do not require special equipment and that you can do anytime, anywhere without getting bored.

In fact, Densercise™ only takes 15 minutes a day just three times a week. And the entire System is available for immediate download—so you can get started just minutes from now!

The exercises in Densercise™ are not hard to learn. And once you familiarize yourself with the movements, you can even multitask – Densercise™ while you watch TV, for instance.

And even though they are simple and take only 15 minutes, the Densercise™ movements are extremely effective at building bone density.

A Closer Look at Densercise™ and Why It’s So Powerful

Inside your bones is hidden a very powerful secret. The secret is a “switch” that powers the creation of more bone. If you know how to flip this “switch,” then your bones will begin the process of getting stronger.

Using targeted exercises, we can change the environment your bones find themselves in.

Your skeleton is capable of “perceiving” the changes brought on by the targeted exercises. Strains of DNA are generated by physical activity, and these strains act as markers.

These genetic markers are then assessed by bone cells, which “read” them in order to assess your bones’ structural effectiveness. The bone cells act accordingly. This is the essence of epigenetic regulation of bone.

The Densercise Program shows you just what exercises you need to do in order to stimulate this epigenetic response in your skeleton, which is why it is called Epidensity Training.

The Densercise System™ includes specific exercises that flip this “switch” and trigger your bones to grow.

What Makes Densercise™ So Valuable

All 52 Densercise™ movements are fully illustrated by a professional artist. Instructions are crystal clear and easy to follow.

The Entire Program Can Be Done At Home!

You don’t have to join an expensive gym or hire a personal trainer to build your bones! With Densercise™, simply complete the exercises in the comfort of your own home following the instructions and videos!

Strengthen Your Bones and Look Great!

While Densercise™ can help you improve bone density, it can also help you regain toned muscle so you’ll look great! We don’t imagine you’ll complain!

You’ll feel the benefits of Densercise™ as soon as you get started. And you can look forward to feeling like a whole new person in as little as four weeks—All it takes is just 15 minutes of Densercise™, three times a week.

Build Your Bones Completely At Your Own Pace

With Densercise™, you can exercise at your own pace and enjoy significant progress no matter what your age or fitness level.

The Densercise™ Epidensity Training System will keep you interested with a unique variety of weight bearing, resistance, and flexibility exercises. If “exercising” brings up nightmares of countless hours on a treadmill or stationary bike, don’t worry, Densercise™ was made for you! You’ll love it!

I created the Densercise™ eBook to help people of all ages…

After being diagnosed with osteoporosis, I made the decision to increase my exercise regimen and I included weight bearing, resistance, and flexibility exercises. I personally developed the most complete bone exercise system to date. And Densercise™ has helped me fight osteoporosis and increase my bone density by 20%.

Densercise™ meshes perfectly with our flagship Osteoporosis Reversal Program. Densercise™ is all you will ever need to exercise your bones and get on the road to improved bone density. 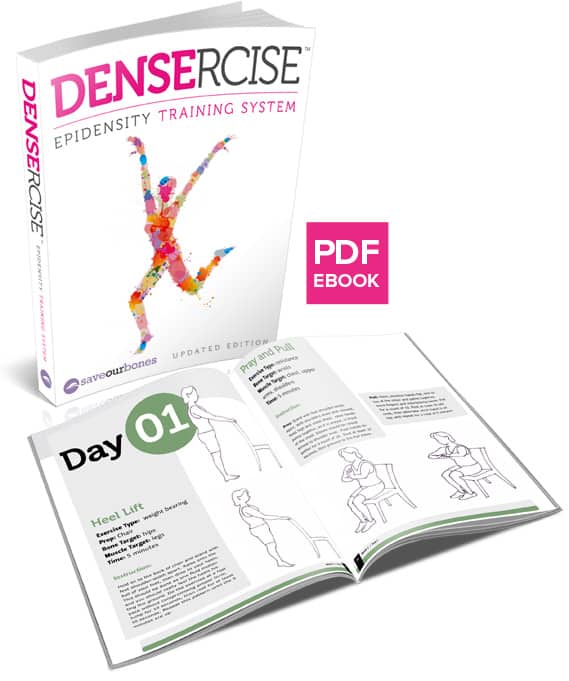 With access to the Densercise™ video collection, getting started is simple and easy. In the online video, I personally guide you through Densercise™. I demonstrate each exercise — making it even easier for you to get started. 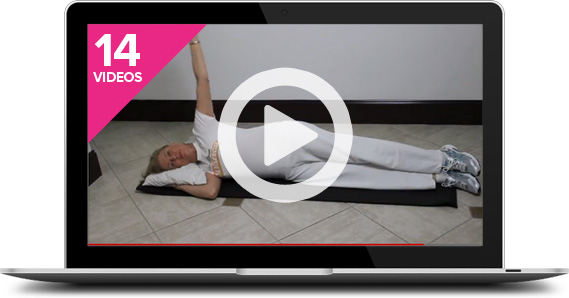 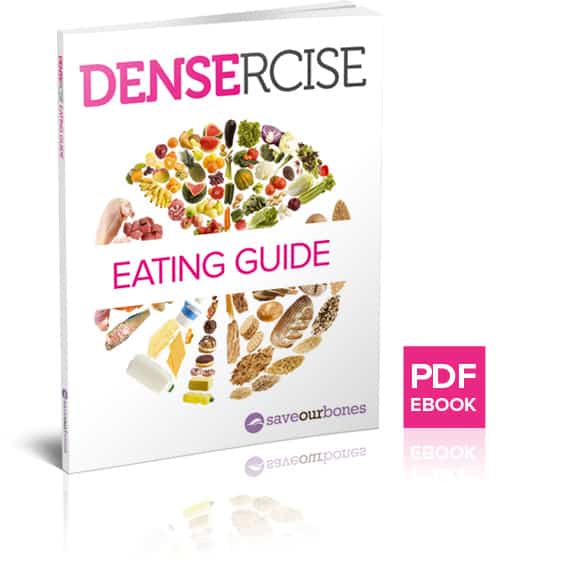 The Densercise™ Eating Guide is packed with healthy eating tips to give your bones the vitamins and nutrients they need to support maximum growth. You’ll discover the best foods to eat before and after you Densercise™. Even though you’ll see great results with the Densercise™ Epidensity Training System all by itself, your body will thank you for adding in even more bone building foods.

We want you to be 100% satisfied or your money back! If you’re not satisfied with Densercise™ for any reason, please contact us (via email) within 60 days for a full, prompt, and courteous refund — no questions asked.

What exactly do I get when I order the Densercise™ Epidensity Training System?

What is included in the Densercise™ Manual?

In the Manual you’ll find the 52 Densercise™ moves with instructions and illustrations so you can clearly follow along. It walks you through a complete 4 week exercise schedule. Every day is different so you never get bored with the same old routine. And to get the results you’re looking for all you need is 15 minutes 3 times a week.

Can I purchase the Online Video Collection and Densercise™ Eating Guide Bonus separately?

The video, where each Densercise™ move is demonstrated, and the Eating Guide are included FREE when you order the Densercise™ Epidensity Training System. They’re not available for sale individually.

What is the Densercise™ Eating Guide?

The Densercise™ Eating Guide gives you the best foods to eat before and after you exercise, so your bones will get the necessary nutrients to support their maximum growth.

Does the Densercise™ Epidensity Training System require me to buy any special equipment or difficult-to-find exercise accessories?

Not at all. In fact, you can use common household products such as food cans in lieu of dumbbells.

Can I practice the Densercise exercises if I have never exercised before?

Absolutely! The moves in the Densercise™ Epidensity Training System are designed so that anyone, regardless of fitness level, can safely exercise for their bones and increase their density. Plus with Densercise™, you can exercise at your own pace and enjoy significant progress no matter what your age or fitness level.

I was diagnosed with osteopenia, not osteoporosis. Can the Densercise™ Epidensity Training System help me?

Does my order of the Densercise™ Epidensity Training System include a money-back guarantee?

How can I order the Densercise™ Epidensity Training System?

Simply click on the ‘Add To Cart’ button and fill out the information on the page and you’ll get access to the digital downloads (PDF). You’ll also get password access to all the Densercise™ videos. And rest assured that all your information is safe and secure. The entire transaction takes place on a secure server using the latest available technology.

What types of payment do you accept? 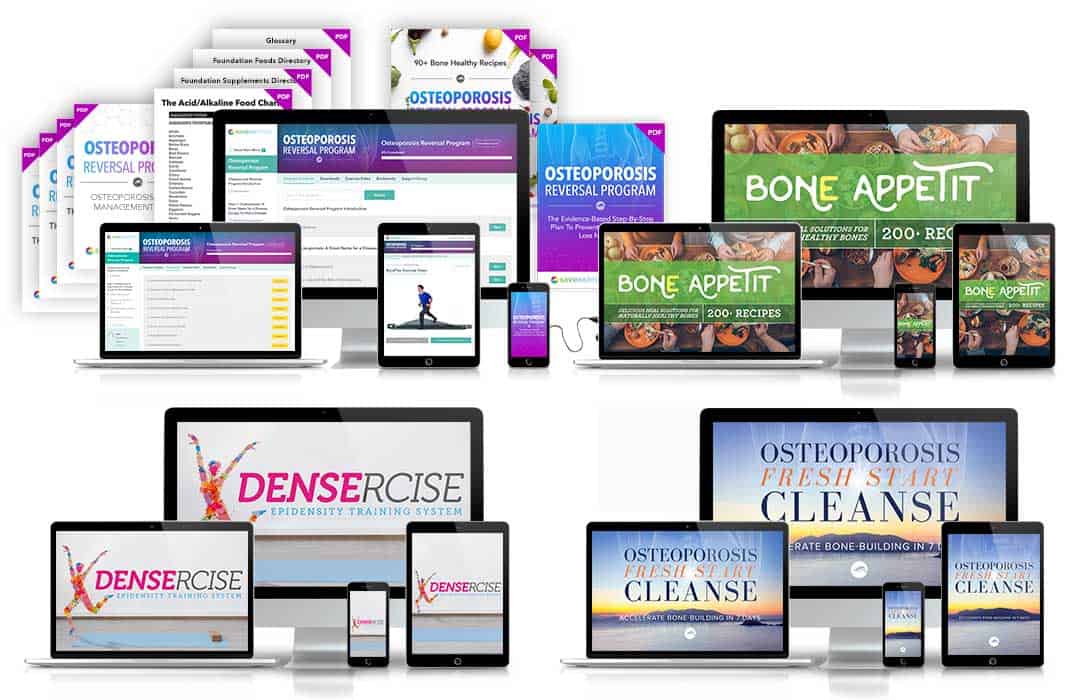