The Forteo Mystery: What You Should Know About This Puzzling Drug - Save Our Bones

The Forteo Mystery: What You Should Know About This Puzzling Drug 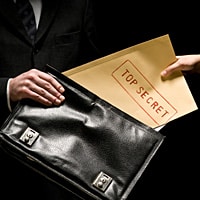 Pharmaceutical companies are constantly trying to outdo each other and to come up with new patentable drugs for diseases that already have existing drug treatments.. A good example of this is teriparatide, or Forteo in the US (Forsteo abroad), a new class of osteoporosis drug known as anabolic agents. This daily injectable drug was approved by the FDA in 2002.

Forteo is an incomplete synthetic or man-made form of the human parathyroid hormone (PTH). You see, human PTH has 84 amino acid residues but teriparatide has only 34. Teriparatide has become the osteoporosis drug of choice mainly for patients who can’t tolerate bisphosphonates, have failed to improve with bisphosphonate therapy, or suffer from extreme bone loss.

But the puzzling catch with Forteo is that the way in which it works remains a mystery. This is openly acknowledged by its maker, pharmaceutical giant Eli Lilly and Company. The drug’s brochure states that “the role of PTH in control of bone mass is still not really understood” and that “intermittent spikes of PTH, such as given by daily injection, will cause more increase in bone formation than in bone resorption… This has been shown in rats.”

Unfortunately, what has also been shown in rats is the development of osteosarcoma, a lethal bone cancer caused by an abnormal proliferation of osteoblasts or bone-forming cells. Below, I quote again from Eli Lilly’s pamphlet (https://pi.lilly.com/us/forteo-medguide.pdf):

“During the drug testing process, the medicine in Forteo caused some rats to develop a bone cancer called osteosarcoma. In people, osteosarcoma is a serious but rare cancer. Osteosarcoma has been reported rarely in people who took Forteo. It is not known if people who take Forteo have a higher chance of getting osteosarcoma.”

Because of this serious side effect risk, Forteo is prescribed for a maximum of two years. This is as close as one can get to playing Russian roulette! Who would trade a potential fracture for the awful risk of acquiring a lethal cancer? And as if this were not enough, teriparatide has a long list of nasty side effects such as joint and chest pain, muscle pain and weakness, esophageal problems, nausea, and vomiting. Plus having to inject oneself subcutaneously each and every day is most certainly no picnic.

The unanswered questions don’t seem to hamper Forteo’s skyrocketing success. According to drug-industry analysts, an estimated 600,000 prescriptions were written in 2005, which generated more than $350 million in revenue. And in 2008, Eli Lilly reported $778 million in sales. (https://newsroom.lilly.com/ReleaseDetail.cfm?releaseid=362195).

Indeed, the future looks bright for Forteo. As predicted by Pharmacor’s June 2009 osteoporosis report, by 2018 Forteo sales may reach close to the $2 billion mark.

One easy way to explain these numbers is Forteo’s exorbitant price tag. It costs nearly eight times as much as bisphosphonates, running up a tab of about $6,700 a year. That’s a pretty high cost for a drug whose mechanism is not even remotely understood!

Another puzzling aspect of this drug is that while doctors openly admit their ignorance regarding how it works, they choose to prescribe it anyway.

Dr. Roberto Pacifici, head of the division of endocrinology at Emory University School of Medicine, comments that “…how intermittent treatment (with teriparatide) works has remained a mystery”. (https://whsc.emory.edu/home/news/releases/2009/09/bone-building-hormone.html).

This is clearly a rather unusual and perplexing situation to say the least.

And it sounds like a job for Agent 4T0…

Remember the TV series with this name? I used to be a big fan of Mission: Impossible. Each episode began with secret recorded instructions to the brave agents describing a very complex and often dangerous mission. The agents could decide whether to accept the mission or not. Of course, the fearless members of the Impossible Mission Force (IMF) never walked away and in the end, always succeeded. But here's what happens when a reluctant osteoporosis drug is the agent chosen for the mission… Read my Mission: Impossible spoof below:

“Good morning, Mr. Paratide. Your mission, should you decide to accept it, comes from the top boss, Big P.”

“You can call me Terry… What is my mission?”

“First, from now on your new name is Agent 4T0. Your mission is to strengthen this patient's bones and report back to us detailing exactly what you did. And you have to report back to us fast, 4T0. Time is running out.”

“Well, I may be able to strengthen the bones, but I have no idea of what I'm doing! Big P knows that we've been trying to find out without success. I need written instructions!”

“You’re the ACTIVE INGREDIENT, for crying out loud! Plus Big P has given you a team of helpers…”

“What… you mean the Inactive Ingredients? I don’t see how glacial acetic acid, sodium acetate, mannitol, metacresol, and hydrochloric acid can help me. They’re INACTIVE, remember?”

“Stop acting like a coward, 4T0. Here’s a little secret for you: metacresol is highly flammable and poisonous – even lethal in the right dose. It can help you solve this mystery if anyone gets in your way. So get creative and solve it once and for all.”

“I’m not a fighter! I’m just a synthetic wannabe, I don’t know what to say…”

“Remember our motto: Ignorance is Strength. You don’t have to know anything… nobody has to know anything… that’s our strength, 4T0. Big P’s survival depends on ignorance. Just invent something and Big P will make sure that everyone will take our word for it.”

“Yes, I know that's the way we've been operating in the past, but now people are waking up real fast…Why me, why me?”

“This tape will self-destruct in five seconds.”

So there you have it.

Were you prescribed Forteo? Even if you weren't, please share your experiences, thoughts, and comments with the community below.