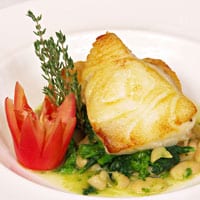 Although acidifying, many types of seafood offer bone-nourishing, healthful nutrients and have an important place in the 80/20 nutritional plan of the Osteoporosis Reversal Program.

But not all seafood is equally healthful, and some varieties are best avoided.

While the list of “good fish” and “bad fish” changes periodically, you should not eat the following seven fish (and seafood items), and you’ll soon find out why.

Shrimp that are imported from overseas are raised in farms, and the conditions are rife with contamination. Antibiotics, chemical residue from cleaning the shrimps’ containers, and even bits of insects make their way into the shrimps’ habitats and ultimately into their bodies. In addition, some imported shrimp has been shown to have E. coli contamination.

To make matters worse, less than 2% of shrimp coming into the U.S. has been inspected. Instead, look for domestic shrimp.

You may see this under the name yellow eel, and it’s commonly served in sushi. The most alarming contaminant in American eels is PCBs, or polychlorinated biphenyls. These man-made compounds were banned in the 1970s, but are extremely persistent in the environment. And unfortunately, PCB has ended up in the rivers and waterways where the American eel resides. (Interestingly, the American eel spawns in the ocean but develops and lives most of its life in fresh water.)

In addition, American eel contains mercury, a heavy metal that is disturbingly prevalent in the environment. Commercial fisheries are also running into an over-harvesting problem, making American eel an unsustainable choice of seafood.

The vast majority of imported catfish – around 90 percent – comes from Vietnam, where antibiotic use is widespread. Specifically, Vietnamese catfish was found to contain ciprofloxacin and enrofloxacin, antibiotics that are banned in the U.S. due to the antibiotic-resistant microbes they promote, especially Campylobacter.

Another issue is the name of the fish. Vietnamese catfish marketed under the name Basa or Swai are not considered actual catfish according to the federal government. So they are not inspected and held to the same standard as a “true” catfish would be. That opens the door for more contaminants to slip in.

A more healthful option is domestic, farm-raised catfish, which are very plentiful and farmed responsibly.

Whether wild-caught or farmed, Atlantic salmon is a poor choice of fish. Ironically, salmon farms are polluting wild salmon populations. The farmed fish escape and compete with the wild species for food, and the copious amounts of antibiotics and pesticides used in salmon farming flow out into the environment. This all adds up to an endangered wild population and contaminated farmed salmon.

In fact, if you see any fish labeled “Atlantic salmon” it is farm-raised, and the conditions on such farms are deplorable (hence the use of antibiotics and pesticides to control the disease inherent in crowded conditions).

An alarming “solution” to such problems is the engineering of genetically-modified salmon, which is currently being sold without any labeling to inform the consumer of their GMO seafood choice. One certainty is that any GMO salmon will be labeled “farm-raised”; while all farm-raised salmon is not GMO, all GMO salmon is farm-raised.

Wild Alaskan salmon is currently a good choice for this bone-healthy fish.

The orange roughy is a type of perch that lives in the deep ocean. They are highly contaminated with mercury, and their decades-long life cycle makes them a very unsustainable choice. An orange roughy actually takes anywhere from 20 to 40 years to reach reproductive maturity. That’s why decimated populations take so long to recover – and some never do.

The long life cycle also makes farming orange roughy pretty much impossible, so any orange roughy with a “sustainably harvested” or “farm-raised” label is shady at best. Instead, try domestic catfish or yellow snapper. These safer fish have a similar texture and flavor to orange roughy.

Considered a delicacy, the Chilean sea bass is much sought after. That’s the problem – it’s estimated that this fish will be extinct (commercially speaking) within the next five years. It’s actually illegal to capture these fish in the U.S., so any Chilean sea bass you see for sale has been caught illegally. In addition, Chilean sea bass is high in mercury.

The high mercury content of tuna has been known for some time. But the Atlantic bluefin is the highest in mercury of all tuna species, and it’s also greatly over-harvested. While most species of tuna contain mercury, some have significantly lower amounts than others.

Fore example, albacore tuna raised and sold in the U.S. and Canada is a less-toxic option since it is caught while young (before it’s had time to accumulate mercury in its body). Or you can get Alaska wild-caught salmon instead, including canned salmon.

If you select canned tuna, (and if so, make sure you consume it only occasionally, since it contains toxic and calcium-blocking BPA) you should be aware that just a few months ago, several prominent brands of canned tuna pulled their products off the shelves in a voluntary recall. The reason was faulty cans that allowed contaminants to infiltrate the tuna.1

This is an important point in the bigger picture of toxin exposure – not only are toxins everywhere, but their presence often goes undetected until after exposure and/or ingestion. This is why periodic detoxification is so important for your bones and general health, even if you are careful with your diet.

We’re going to look at this topic of detoxification more in a moment, but first, I want to make sure that there is no misunderstanding regarding the consumption of seafood.

The Right Fish Is A Bone-Smart, Healthful Food

Please don’t misunderstand – the seven varieties listed above are by no means intended to discourage you from eating fish and seafood. There are far more bone-smart fish to choose from that are not on this list.

In fact, salmon is a Foundation Food on the Osteoporosis Reversal Program. Its high oil content makes it highly anti-inflammatory, and it is one of the few food sources of Vitamin D.

Yes, salmon and all seafood are acidifying, but like other acidifying, bone-nourishing foods such as walnuts, cranberries, and blueberries, seafood definitely has a place in a bone-building diet. The key, of course, is balance – when you eat a seafood dish, balance it with alkalizing side dishes such as quinoa, fresh salad, alkalizing fruits, or steamed vegetables.

That said, even the most carefully balanced and healthful diet is never completely toxin-free, as mentioned above. These toxins cause a significant drain on your liver and kidneys, the organs that silently detoxify your system day after day. Their function is vital for your overall health, but also your bones, because toxins are acidifying. And overworked kidneys are not as efficient at maintaining body pH as healthy ones, setting the stage for significant bone damage.

Because there are so few warning signs that your liver and kidneys are struggling, I recommend a periodic detox.

It’s Best To Cleanse Your System Before You Have Symptoms

If you have been inadvertently eating high-toxin seafood or taking osteoporosis drugs, or even just going about your daily life, a systemic cleanse makes sense for optimal bone health. But don’t worry – the cleanse that goes along with the Program, OsteoCleanse™, is not drastic or uncomfortable. It’s about incorporating cleansing foods and drinks into your daily meals, and other easy temporary changes, and it only lasts one week.

Yes, you do have to give up some foods, like eggs, dairy products, and meat during the week you’re doing OsteoCleanse™. But the cleanse doesn’t include harsh or exotic supplements, and you won’t spend seven days feeling starved. In fact, there are many delicious recipes that satisfy your hunger while you’re cleansing.

OsteoCleanse™ promotes more youthful energy, bowel regularity, and a host of other benefits for your bones and whole body.

I always love to hear from the Saver community. Please feel free to share your thoughts about the topics in today’s post by leaving a comment below.