Upside-Down Science: The Shocking And True (Behind-The-Scenes) Story Of Fosamax 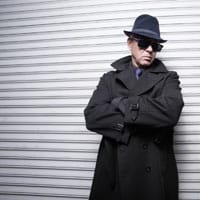 Picture this: a 50-year-old, small-framed woman goes in for her regular check-up. Because of her age, her doctor has her take a “routine” bone density test using a machine that he has right in the office. The DXA scan shows that based on her T-scores, she has osteopenia or osteoporosis.

Immediately, the doctor prescribes a bisphosphonate, such as Fosamax, to “prevent fractures.”

But wait. By what standards were this woman’s density scores measured, and why were drugs automatically presumed to be the solution and prescribed without discussion?

Today we’re going to take a behind-the-scenes and historical look at how we got here.

A famous English doctor by the name of Sir Astley Paston Cooper, made the association between bone density and fracture risk. His research set the stage for the “discovery” of osteoporosis, which is attributed to a French pathologist named Jean Lobstein, a contemporary of Cooper’s. It was Dr. Lobstein who actually came up with the term osteoporosis (porous bones).

Nearly a century later, along came American medical researcher and endocrinologist Fuller Albright, who discovered the association between osteoporosis and the post-menopausal phase.

Doctors took this knowledge and diagnosed osteoporosis when they saw evidence of it: an elderly woman might sustain a fracture from a minor fall, for instance, or develop a hunchback. Then there really was not any sort of treatment plan available, although scientists were recognizing the connection between calcium in the diet and bone density.

There was a market beginning to develop here, but the pivotal point came in 1992.

The Plot Thickens: The 1992 Conference

In 1992, the World Health Organization (WHO) and the International Osteoporosis Foundation (IOF) sponsored a conference in Rome. Note that the IOF is a non-profit organization that just happens to have an enormous corporate advisory board that is made up of no fewer than 31 drug companies and medical equipment manufacturers.

As you’ll soon learn, they did not leave their interests behind when they assembled at the conference.

The ostensible purpose of the conference was to determine if osteoporosis could be prevented. This required a huge shift in the way osteoporosis was perceived.

Savers know that it’s normal to lose some bone mass as we age. Like wrinkles and grey hair, these are simply signs of normal hormonal changes that occur as we grow older. Wrinkles and grey hair are not considered diseases, yet suddenly something normal became abnormal, a “condition” to be prevented and a “disease” to be “cured.”

The new normal would involve a magic number that would determine a “disease state” which would be the threshold for doctors to prescribe drugs.

That magic number, known as the “T-score,” had to be sufficiently broad to allow lots of money-generating prescriptions, but not so broad as to include everyone.

In other words, it’s normal for a 50-year-old’s density to be less than a 30-year-old’s, and it’s ridiculous to measure the bone density of a 70-year-old against that of someone four decades younger.

But at the conference, it was decided that anything below this peak density number was “abnormal” and in need of treatment.

They had to come up with an actual T-score that would decide an osteoporosis diagnosis, but no one at the conference really knew how to arrive at the magic number.

According to Anna Tosteson, a professor of medicine at the Dartmouth Medical School who was at the meeting, it took a few days in a hot, stuffy room, to decide where the line would be drawn. As the attendees were getting really uncomfortable with the heat, it came down to just getting it over with, so someone literally drew a line on a graph and declared that all the women on one side of the line had a “disease.”

The actual T-score number was decided in an even more irresponsible way. Researchers resorted to a single analysis of women in a small geographic area (Rochester, Minnesota) and applied that research to every woman in the United States. According to the Rochester study, 16% of post-menopausal Rochester women would fracture their hip.

But what if someone was barely over the line?

Amazingly, the WHO arbitrarily decided that T-scores between -1 and -2.5 were the threshold of another condition that had never existed before: osteopenia.

Suddenly, there were two thresholds that opened the door for osteoporosis drugs! Doctors could prescribe sooner and send women as young as 45 out the door with a prescription for a drug that would “build bone” and “prevent osteoporosis.”

And believe it or not, it all happened in just one conference.

Profiting From The New Normal And The New “Disease”

Merck – the very name makes Savers cringe – introduced Fosamax in 1995, just 3 years after the pivotal conference. Now their drug could be prescribed for women were told that they had a disease (osteoporosis), or at the very least, in a precursor of a disease (osteopenia).

With the new definition of osteoporosis and osteopenia, Merck was faced with the challenge of making sure that Fosamax would become a blockbuster drug. And here’s how that became a reality…

Merck approached Jeremy Allen, a UK native, and asked him to figure out a way to increase sales of Fosamax. He had a job to do: get large numbers of women on Fosamax. But how?

After extensive research and interviews with various experts in the field, Allen recognized that the key to selling lots of Fosamax was to get as many women as possible to have their bone density tested so they could get a diagnosis of osteoporosis or osteopenia.

But this was 1995, and bone scans were expensive and inaccessible to many. So here was his plan: make bone scans cheap and available in as many doctors’ offices as possible.

A Corporation Of One: The Bone Measurement Institute (BMI)

Incredibly, Mr. Allen persuaded Merck to simply create the Bone Measurement Institute (BMI), a not-for-profit subsidiary whose goal was to expand as much as possible the use of bone density measuring machines.

Under this official-sounding corporate name, Mr. Allen set about to find a cheap, easy way for doctors to measure bone density – and he found it: peripheral machines.

These small units measured bone density in the wrist or heel, not the spine. So there was no need for a pelvic and spinal density scan.

But Manufacturers Of The Small, Inexpensive Scan Machines Resisted

Why? Wasn’t there money to be made? Actually, many manufacturers refused to get on board with Allen’s plan to place their products in doctors’ offices because it was either not profitable or, as one manufacturing giant put it, their machines were not good diagnostic tools.

The problem is that measuring the bone density of someone’s forearm is a poor predictor of their risk for fracture in the hip and spine.

Yet Merck wanted those machines in doctors’ offices. So…

Merck Partnered With The FDA To Appeal Directly To Doctors

Merck helped fund clinical trials and submissions through the FDA, and the Fosamax sales task force distributed pamphlets to doctors. And they didn’t stop there. Merck’s goal of fundamentally changing the osteoporosis drug market meant getting Medicare to reimburse for bone scans.

A Key Piece Of Legislation: The Bone Mass Measurement Act Of 1997

This was an incredibly important piece of legislation that changed the very rules of Medicare reimbursement. Thanks to the lobbying of BMI and other organizations with an interest in drug sales, millions of people could now afford to have their bone density scanned right there in their doctor’s office.

In a nutshell, after that law was passed, doctors would get paid for doing bone scans.

Think about it. Now bone scans were quick, easy, accessible, and cheap. And the diagnostic line had been drawn so as to include osteopenia so doctors could scan, diagnose, and prescribe all at once.

No wonder that Fosamax sales totaled $3 billion in 2007, one year before its patent ran out.

Fosamax Is A Dangerous Drug

It’s bad enough that millions of women are taking a drug for a disease that does not exist. But it gets worse, because the side effects and dangers of Fosamax (and its generic alendronate) are legion. These are the known risks and side-effects of this toxic drug:

It is sad and shameful to think that so many women are risking and experiencing these side effects because they’ve been led to believe they have a “disease.” Drug companies like Merck capitalize on this fear, leading doctors and patients alike to believe that osteoporosis drugs are the answer.

Knowledge Is Power Against Fear

A significant part of the Save Our Bones philosophy is that knowledge is empowering. It’s vital that we keep our eyes and ears open, so we don’t fall for what the Establishment is pushing on a mostly unsuspecting public.

While a few doctors are knowledgable, the vast majority of them have fallen for the marketing ploys of pharmaceutical companies like Merck. They may not even realize they’ve been taken in by the slick sales campaign, and in fact, many of them mean well; but they get on board with the “scan, diagnose, prescribe” cycle that is generating so much money for Big Pharma and adversely affecting so many individual lives.

The Osteoporosis Reversal Program is all about empowering the individual. It’s your defense against a sneaky campaign to profit from invented health conditions that instill fear and lead to toxic and often dangerous treatments. If you haven’t yet, it’s time to take your bone health into your own hands and out of the hands of Big Pharma and the Establishment.

After all, no one knows your body and your health like you do, and you certainly have your best interest at heart!