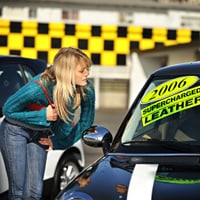 Atelvia (risedronate sodium), an oral bisphophonate made by Warner Chilcott, has been approved in the US on October 8, 2010. Here’s the simple trick used for creating Atelvia: clever marketing sleight of hand.

Atelvia's active ingredient is identical to its twin Actonel, and similar to its cousins Fosamax (including the generic alendronate) and Boniva (ibandronate).

So what's Atelvia's new twist? It comes in the form of a delayed-release coating which eliminates the fasting requirements applicable to the other bisphosphonate drugs.

It's like a car salesman desperately trying to sell an old, beat up, and unsafe car with a new paint job as a “new” car.

Based on its delayed release formulation, Atelvia was awarded its own patent and joined the rest of the bisphophonate family in October 2010.

Part of my research routine is to closely monitor new osteoporosis drug developments as well as patent expirations for existing drugs.

Actonel was especially on my radar, since its patent was about to expire on 2011, until it received an extension for another three years. Actonel’s future didn’t look too bright. According to the drug’s manufacturer Warner Chilcott, the total filled prescriptions for Actonel in the US declined by almost 22% in the first quarter of 2010 as compared to the same period in 2009.1

But now, thanks to Atelvia’s patent protection awarded in the US until the year 2026, Actonel’s active ingredient risedronate has regained new longevity.

And I couldn't help but laugh when I recently caught a glimpse of Atelvia’s television ad during a brief break. The ad seems to spoof Boniva, depicting it as an “inconvenient” osteoporosis drug because of having to wait at least one hour to have breakfast after taking it. And it attempts to send the clear message that Atelvia is the “smart” woman’s choice for osteoporosis because it eliminates the wait to eat or drink. Well, we in the Save Our Bones community know better.

And of course, let’s not forget the increased risk of atrial fibrillation, esophageal cancer, blood clotting disorders, anemia, and the horrendous and irreversible osteonecrosis of the jaw. But that’s not all, because there's…

According to a study published in the Journal of Bone and Mineral Research, using bisphosphonates for at least five years increases the risk for atypical femoral fractures. It reviewed 310 cases of atypical femur fractures and found that a staggering 291 (94%) had taken the drugs for more than five years.2

But the researchers were quick to point out that they don’t recommend stopping the use of these drugs because the benefits appear to outweigh the risks.

In view of this new problem, what is the medical establishment’s best solution? Nothing more than to include a warning about femur fractures on all bisphosphonate drugs!

Watch the two minute video below with the study findings and recommendations, which also apply to Atelvia:

You shouldn’t be. As I explain in great detail on this website and in the Osteoporosis Reversal Program, bisphosphonates alter the natural bone remodeling cycle, which affects bone quality, making it more susceptible to fracture.

Fortunately, common sense is slowly but surely filtering through to mainstream medicine. Two studies have recently revealed that long-term suppression of bone remodeling can adversely affect the bone’s mechanical integrity.3

Researchers are finally recognizing what we have been saying here all along: that while bisphosphonates can affect bone quantity, they actually hurt bone quality.

Take a look at the X-rays of atypical femur fractures below, published in the same study. You can clearly see the fracture line right across the bone: 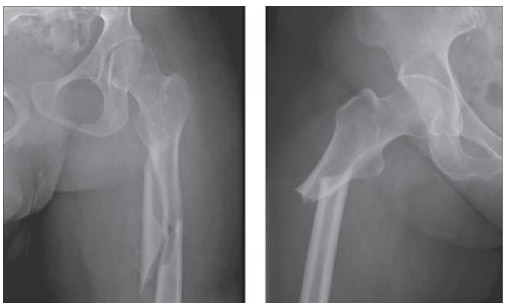 The good news is that you have found this website, and that you are part of the Save Our Bones Community. You're already on the right path. Stay with us, explore the website, and I'll continue to do my best to keep you up-to-date and well informed, as we continue on this “health journey” together.