Drink This, Not That For Better Bone Health - Save Our Bones

Drink This, Not That For Better Bone Health 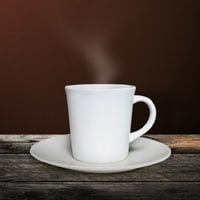 Does your family know better than to try talking to you before you've had your first cup of coffee? If that’s the case, you are not alone. Millions of coffee drinkers worldwide need that cup of java to get going in the morning.

But coffee is acidifying, so it accelerates bone loss, especially if consumed in excess or even in moderation as part of a predominantly imbalanced acidic diet.

Besides its delicious aroma, coffee does have certain benefits. And here’s my little secret: I drink one cup to start my day, and I’ll tell you exactly how you can too – without hurting your bones, of course. And if you are a tea drinker, I have some bone-smart tips for you as well.

It's true, coffee's not all bad. First, for all the controversy surrounding it, the caffeine that gets you going in the morning is a stimulant that can produce an instant energy lift. Although that stimulant effect can have its downsides, it temporarily increases your metabolism and can thus be an aid in weight loss. And here’s more good news for coffee lovers: caffeine is being studied for its potentially positive effects on memory.

But more to the point as it relates to your bone health, the polyphenols in coffee can actually stimulate osteoblast production (osteoblasts are the cells that build bone and promote bone health).1

Polyphenols function as antioxidants, and play an important role in bone health. Most of the antioxidant attention has gone to Vitamin C, although those of you who got the Osteoporosis Reversal Program are familiar with lycopene, a potent antioxidant that protects bone cells from damage, and polyphenols.

Sounds great, doesn't it? Caffeine for energy, polyphenols for all the bone and health benefits they provide… What could be better?

Well, as I mentioned earlier, coffee is an acidifying food, and excessive consumption can hinder your efforts to regain your bone health.

If you're patting yourself on the back because you only drink decaffeinated coffee, here’s important information for you. Decaf can be a good choice if you're sensitive to caffeine, but it doesn't change the fact that coffee is still acidifying. So drinking excessive decaffeinated coffee can be just as detrimental to your bone health as the caffeinated variety.

But… since this article is all about compromises, if you love your coffee but can't handle caffeine, go ahead and reach for the decaf. With a couple of cautions. It's important to be aware that there are different methods of removing caffeine from coffee beans. Both the so-called “Direct” and “Indirect” methods use chemicals (either dichloromethane or ethyl acetate) to rinse the beans or extract the caffeine. Of course, the use of synthetic chemicals further acidifies the pH.

So if you choose to drink decaf and would prefer to avoid a side order of chemicals, look for coffee that's been processed using the Swiss Water Method, which uses water and carbon filters. The result is 99.9% caffeine-free coffee with most of its flavor retained.2

You can find several products that use this method by doing an online search for “Swiss water method decaf coffee.” Don’t let the name mislead you; the critical step for decaffeination is the use of charcoal filters. Or you can simply ask at a local grocery or specialty store.

How About a Cup of Tea?

But tea is not the magic elixir for your bones either. In the past several years, we've been regaled with the benefits of tea, particularly green tea. You've probably heard a myriad of health benefits of green tea thanks to its high content of free-radical fighting polyphenols.

And a study conducted in the UK found that black tea can improve bone density.3 Most of these benefits are attributed to its polyphenols. Tea, like coffee, is loaded with them. So why don't I recommend it? In a word… fluoride, which is toxic and accumulates in your bones and joints.4

Many studies, particularly in the 80’s and 90’s, were conducted to observe if fluoride added to municipal tap water increases the risk of fractures. Indeed, the vast majority showed a relationship between fluoridation and an increase in bone fractures, especially the dreaded hip fractures.

And a recent Mayo Clinic study has found a definite link to bone and gastrointestinal disorders resulting from chronic fluoride exposure due to drinking excessive quantities of tea.5

Note that when I talk about tea, I'm referring to black, green, and white teas. You can enjoy a multitude of wonderful herbal teas, also known as tisanes, without worrying about fluoride.

It's Time for Your Chicory Break

When it's coffee break time, a nice cup of chicory probably doesn't spring immediately to mind, unless you're European. In Europe, chicory is often added to coffee to increase body and flavor. And you may have seen chicory-based coffee substitute drinks that often include barley, rye, beets, and/or wheat.

Chicory root is alkalizing and bone healthy. Even though the added barley, rye, and wheat are acidifying, a chicory root-based beverage is a great, caffeine-free coffee alternative. There are several coffee substitutes on the market, and finding one you like may be a matter of trial and error. But some people actually prefer the taste of coffee substitutes! Replacing one or two of your daily cups of coffee with a coffee substitute can aid in your pursuit of bone health.

You may have seen ads for low acid coffees. But before you get all excited and think that you can now drink coffee without its acidifying effects on your bones, here's the deal. Low acid coffees may have less of an impact on your digestive system, but don't forget that pH levels have to do with what happens after the food is digested, not how it feels going down. So… unfortunately for those of us who are coffee lovers, low acid coffee is still just as acidifying.

Go ahead and enjoy that cup of coffee or tea in moderation, but protect your bone health by following these guidelines:

1. Use distilled water or water that has been filtered using reverse osmosis

This is especially important for tea due to its fluoride content. If you use tap water or bottled water that has been filtered using another method, you're getting a double dose of fluoride, first from the water and then from the tea. And boiling actually increases fluoride concentration.

Choosing organic coffee or tea will reduce the harmful effects of the beverage. Again, this is especially true for tea. Coffee beans are rinsed prior to processing, which removes some chemicals. Tea leaves are not rinsed, as the rinsing process causes the tea leaves to turn moldy when they're packaged. So your serving of non-organic tea could include a helping of acidifying and toxic pesticides.6 Avoid this by choosing organic when possible.

Instead of adding sugar to your tea or coffee, try adding some alkalizing bone-healthy stevia or honey instead.

4. Add a dose of alkalinity

Just as I suggest balancing a pasta meal with alkalizing vegetables, balance your tea or coffee with the addition of alkalizing foods. A simple way to do this is by adding almond or soy milk to your coffee, or lemon to your tea. And have your favorite alkalizing snack with either beverage. I know some of you may wonder why you can't just take a calcium supplement with your coffee or tea to offset the acidifying effects. That won't work because the beverage gets to your blood stream before the calcium. But you can definitely increase your alkalizing reserves by adding alkalizing snacks, if not with your beverage of choice, then shortly before or after.

5. Mix it with chicory

If you brew your own coffee, try cutting the amount of coffee grounds in half and replacing them with ground chicory root. If you're hesitant to try this, you could start by adding a much smaller amount of chicory and building from there.

6. Cut down and make substitutions

If you have a five-cup-a-day habit (whether it's coffee or tea), work toward cutting back. If you absolutely can't function without that morning cup, by all means have it. But then try some alternatives like chicory-based coffee substitutes or possibly herbal teas during the rest of the day. If you have a green tea “habit,” try substituting white tea for at least some of your servings, since white tea contains considerably less fluoride.

You CAN Have Your Coffee AND Your Bone Health

Bottom line. As you've heard me say before, the Osteoporosis Reversal Program is not an all or nothing proposition. You can still enjoy the foods you like, including coffee or tea. Just try to find a bone-healthy balance by limiting your consumption, adding alkaline snacks, and using alternative drinks when you can.