Flu Shot Update 2011: Everything You Need To Know - Save Our Bones

Flu Shot Update 2011: Everything You Need To Know 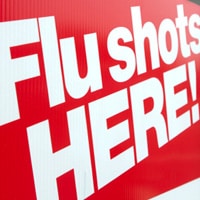 They're almost impossible to ignore. From storefronts to highways, you've probably seen the imposing signs and billboards proclaiming “Flu Shots Now Availalbe.” But in reality, there’s nothing new about these vaccines, because this year’s flu shot happens to be identical to the one formulated for last year’s flu season.

Still, the U.S. Centers for Disease Control and Prevention (CDC) warn that even those who were vaccinated last year need to get another flu shot this year. Quoting Dr. Lisa Grohskopf from the CDC,

“If we are looking on an individual basis, we can't tell how quickly antibodies will decay after the vaccine, but we do know that immune response will drop over the course of a year. You can't count on that vaccine protecting you for a second
season.” 1

This is quite a surprising acknowledgement, since it implies that flu shots don’t really provide protection past one year! Yet a normal immune response lasts a lifetime. So what gives?

Once you get a glimpse of how our immune system works, you’ll easily understand.

A Two-Layered Line of Defense

When an invader (a virus or a germ, for example) attacks us, our innate immune system is the first to react. This is a mechanism that wards off unwanted intruders, designed to be our first line of defense.

You are probably familiar with leukocytes; they are but one of the many cells that are active during an innate immune response. You may have also heard of other innate immune cells, such as phagocytes, macrophages, and dendritic cells – to name a few.

And perhaps you recently caught news about Dr. Ralph Steinman, a Canadian scientist who was awarded the Nobel Prize for Medicine three days after his death. Dr. Steinman was honored for his discovery of dendritic cells and their role in adaptive immunity. His discovery may play a key role in explaining why vaccines don’t offer long-lasting immunity.

It’s amazing: our immune system has memory. Once we are exposed to a pathogen, the antibodies formed to fight off the first ‘attack’ will always remember it, and can therefore annihilate it. But vaccines are made from either weakened or killed pathogens – plus a whole lot of other ingredients.

Common sense would then lead us to conclude that the flu shot doesn’t produce the quality and potency of antibodies the body would naturally produce as a reaction to a pathogen. And worse, that the immune system fails to ‘memorize’ the infective agent, unlike what happens without vaccination.

The Flu Shot: A Sneaky Intruder

Since vaccines are injected directly into the body, they basically circumvent the innate immune system. This also means that the dendritic cells cannot alert the cells of the adaptive immune system. In other words, it’s as if you’d invite an intruder into your home.

It doesn’t take a rocket scientist to realize that this ominous ‘shortcut’ can wreak havoc in our immune system, perhaps even weakening it instead of strengthening it. Without an injection, no virus or bacteria is ever offered open access to the inside of the body. They have to first battle the innate immune system, and if the intruder wins, the adaptive immune system has been alerted so as to formulate its own plan of defense.

Instead of disarming your guards, I suggest you upgrade your immunity with proper nutrition and sensible lifestyle changes during the coldest months of the year.

If you haven’t yet (or if you need a refresher), read my previous blog post titled ‘The Flu Shot: Everything You Need to Know'. You’ll find my common-sense suggestions to naturally arm yourself against the flu and stay in top shape.

To your immune system!