New Year Off To A Bad Start For Osteoporosis Drugs 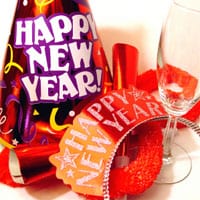 The year 2009 has just begun, and it looks like it will be a year of big surprises – at least for the makers of Osteoporosis drugs. New information is opening up the door to many unanswered questions and suspicions about the most commonly prescribed drugs such as Fosamax, Actonel, and Boniva.

On December 31st, just on time to herald the New Year, Reuters reported the following:

Diane Wysowski of the FDA's division of drug risk assessment said researchers should check into potential links between bisphosphonate drugs and cancer. In a letter in Thursday's New England Journal of Medicine, Wysowski said since the initial marketing of Fosamax, known generically as alendronate, in 1995, the FDA has received 23 reports in which patients developed esophageal tumors. Typically, two years lapsed between the start of the drug and the development of esophageal cancer. Eight patients died, she reported. In Europe and Japan, 21 cases involving Fosamax have been logged, with another six instances where Procter & Gamble's Actonel or risedronate and Didronel or etidronate, and Roche's Boniva (ibandronate) may have been involved. Six of those people died.

The article also comments on the known fact that these drugs can cause “esophagitis, which is an inflammation of the lining of the tube carrying food to the stomach…which is why patients are instructed to remain upright for at least a half hour after taking them.”

As if this were not enough, on January 2nd 2009 The New England Journal of Medicine
(Volume 360:53-62) published an article titled “Giant Osteoclast Formation and Long-
Term Oral Bisphosphonate Therapy” by Robert M. Weinstein, M.D., et al., that seems to shatter everything we were told about how these drugs work.

Until this study, bisphosphonates were believed to destroy osteoclasts, the crucial bone cells that remove bone so new bone can be deposited. But now – and I’m quoting from the article’s conclusion – “long-term alendronate treatment is associated with an increase in the number of osteoclasts, which include distinctive giant, hypernucleated, detached osteoclasts that are undergoing protracted apoptosis.” And to make matters worse, nobody knows what these strange cells can do!

And last but not least, even though it is a known fact that bisphosphonates can cause osteonecrosis of the jaw, few expected the definitive study in the January 1st issue of Journal of the American Dental Association stating that “even short-term oral use of alendronate led to osteonecrosis of the jaw.” According to Science Daily (January 2, 2009):

This is the first large institutional study in the U.S. to investigate the relationship between oral bisphosphonate use and jaw bone death, said principal investigator Parish Sedghizadeh, assistant professor of clinical dentistry with the USC School of Dentistry. After controlling for referral bias, nine of 208 healthy School of Dentistry patients who take or have taken Fosamax for any length of time were diagnosed with osteonecrosis of the jaw (ONJ). The study's results are in contrast to drug makers' prior assertions that bisphosphonate-related ONJ risk is only noticeable with intravenous use of the drugs, not oral usage, Sedghizadeh said. “We've been told that the risk with oral bisphosphonates is negligible, but four percent is not negligible,” he said. The results confirm the suspicions of many in the oral health field, he said. “Here at the School of Dentistry we're getting two or three new patients a week that have bisphosphonate-related ONJ,” he said, “and I know we're not the only ones seeing it.”

I am really not surprised that this information is now divulged by mainstream medicine because sooner or later, as in the case of Vioxx, the truth will be known. My heart is with all those who are suffering the horrible consequences of being human guinea pigs. As the list of serious side-effects of bisphosphonates continues to grow, I hope that those who are given a prescription will question its value and at least try to discover the truth about these drugs and seek a safe and natural alternative.