What The Oceans Can Teach You About Your Bones 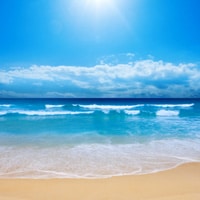 My path to discover the truth about osteoporosis has been fascinating and arduous at the same time. As you probably know by now, the hundreds of hours I have dedicated to research osteoporosis culminated with the Osteoporosis Reversal Program.

But I’m not resting on my laurels; indeed, my research never stops… I am always looking for new knowledge and new frontiers in the osteoporosis arena, so I can filter through to you the most important information along with practical and result-oriented solutions.

Marine biologists are not held captive by Big Pharma

One of the key protocols of the Osteoporosis Reversal Program is the importance of maintaining an alkaline body pH in order to build strong and healthy bones, and I reveal some easy “tricks” you can follow to achieve exactly that with little work.

And not surprisingly, many in the medical community under the influence of Big Pharma, completely shrug off and suppress this crucial bone health remedy. This is also the case with many other scientifically sound revolutionary health solutions that can't be patented and are therefore not as profitable as selling a patentable drug.

But here's fascinating proof that the truth can't be suppressed and will be acknowledged by those not held captive by the medical establishment. You see, unlike most doctors, marine biologists openly acknowledge that an acidic pH weakens the skeleton.

In fact, they fear that because the oceans’ pH is getting lower or more acidic, the skeleton of marine animals will weaken even to the point of dissolving, profoundly altering the underwater ecology.

Here's some interesting information that you can use to “shake-up” the skeptics, and it involves an unexpected parallel between your bone health and the ocean.

This surprising headline is the title of Kathleen McAuliffe’s article published in Discover Magazine (July 2008). She writes that “industrial carbon dioxide is turning the oceans acidic, threatening the foundation of sea life.”

She explains that as the oceans absorb increasingly large amounts of carbon dioxide (CO2) from atmospheric pollution, the water keeps turning more acidic. And the lower water pH endangers all marine creatures, especially mollusks and crustaceans such as crabs, clams, and oysters that produce calcium carbonate shells.

The author goes on to say that this is not just a theory; it’s a reality confirmed by experiments with compressed CO2 poured directly into laboratory test tanks. To the scientists’ amazement, the acidifying effect of CO2 caused the spines of sea urchins and the shells of mollusks to literally dissolve.

McAuliffe makes the connection with osteoporosis and writes that:

“Like human bones whittled by osteoporosis, their exoskeletons will grow thin and brittle or—mirroring what happened to the test animals at CO2 injection sites—dissolve.”

Osteoporosis under the Sea

Analysis of CO2 preserved in ice cores shows that since the 19th century, the pH of the ocean has dropped by 0.1 measurement unit, representing a 30 percent increase in acidity.

While significant, this number is dwarfed by the acidifying effects of the typical North American or Western diet.

These diets are rich in acidifying animal proteins, grains and chemical additives, while strikingly low in alkalizing vegetables and fruits. This leads to chronic metabolic acidosis, so no wonder we are facing an osteoporosis epidemic. But fortunately…

You can stay afloat

Consider the Osteoporosis Reversal Program along with this website as your life raft.

Thankfully, you don't have to rely on the one-sided “research” of the medical establishment that only focuses on “medicine” rather than “health.” The same establishment that marginalizes all natural and common sense solutions in favor of dangerous and hugely profitable drugs. But as you just read, the truth is out there and little by little, it will reach the millions that are suffering at the hands of this establishment.

When you follow the Program, you won’t drown in the turbulent seas of misinformation, toxic drugs and helplessness.