Prolia (Denosumab): My Review - Save Our Bones 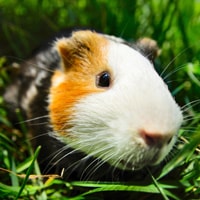 The first drug of its kind, Prolia was designed to treat and prevent postmenopausal osteoporosis for patients considered to be at high risk of fractures. It's also marketed as an alternative treatment for those who have failed or are intolerant to other osteoporosis drugs.

Is this a time to celebrate, or is Prolia destined to end up in the osteoporosis “Hall of Shame”, along with the rest of Big Pharma’s Superstar osteoporosis drugs? I’ll let you decide, but first, let’s unravel the mysterious and tightly-woven cocoon wrapped around this novel drug.

An Old and Flawed Concept Disguised as Sci-Fi Technology

As if straight out of a sci-fi movie, the Space Agency NASA was involved in several studies related to Prolia. Here’s the scoop: in 2001, Ted Bateman, Ph.D. from Clemson University in South Carolina and Paul Kostenuik, a researcher for Amgen, teamed up to “…use the microgravity environment for evaluation of new pharmaceutical candidates (denosumab) in small mammals. Results may expedite the review of new pharmaceuticals.”1

They conducted studies on 24 female mice that spent 12 days on the International Space Station shuttle flight STS-108. Study findings confirmed that Prolia did prevent increased bone loss and maintained bone mineralization. So there you have it. The medical establishment is more than willing to send mice to space – but would they consider a natural, safe, and easy treatment? Out of the question!

On the surface, Prolia seems to be a breakthrough and fairly innocuous drug. But is it? As the first fully human monoclonal (laboratory-made) antibody and RANK Ligand inhibitor to be approved as a drug, it certainly sounds very complicated. But it really isn’t. Bear with me… I’ll explain.

Antibodies are proteins produced to neutralize “invaders”, such as bacteria and viruses. RANK Ligand (RANKL for short) is a protein that activates osteoclasts and is involved in immune-response regulation.2 As I explain in the Osteoporosis Reversal Program, osteoclasts are bone cells that remove old bone by a process called resorption. They make space so that new bone is deposited by osteoblasts, thus replacing old bone. These two processes are known as bone remodeling, the natural way by which bones renew themselves and stay strong, healthy, and more resistant to fracture.

Prolia: Same as Bisphosphonates… Only Different

Now back to Prolia. The natural inhibitor of RANKL is osteoprotegerin, a tumor necrosis factor (TNF) cytokine that binds to RANKL, preventing interaction with its receptor-activator RANK on the surface of osteoblasts.3 Cytokines are chemical messengers that help regulate the nature and intensity of an immune response. Remember this for later, because it all ties in together.

So, in plain English, Prolia mimics osteoprotegerin by blocking the effects of RANKL and de-activating osteoclasts. Say “hello” to stalled bone resorption and “good-bye” to new bone deposition. But wait a minute, doesn’t this sound eerily familiar? It should, because bisphosphonates achieve the same end result as Prolia, only through a different biochemical pathway.

At the end of the day, both drugs alter normal bone metabolism, not without potential long-term nefarious consequences. For example, sudden femoral fractures are linked to long-term bisphosphonate therapy, which can be attributed to the lack of bone remodeling. Add to this formula a dose of immune system tampering, and you’ve got yourself a fully assembled health Molotov cocktail.

Amgen’s own Press Release states that “Treatment with Prolia resulted in greater bone density, stronger bones, and reduced risk for vertebral, hip and non-vertebral fractures measured at three years.”4 It backs up this statement with a study by Cummings et al. published by the New England Journal of Medicine in 2009, titled “Denosumab for Prevention of Fractures in Postmenopausal Women with Osteoporosis”.

And the same Press Release boasts their pivotal three year Fracture REduction Evaluation of Denosumab in Osteoporosis every six Months or “FREEDOM” study (no, this is not a bad joke) with these results:

So far, so good, especially for those who don’t mind being “guinea pigs” in exchange for short-term rewards. Because the biggest cause for concern with Prolia is its potential side-effects.

A Wolf in Sheep’s Clothing

Even though Prolia doesn't accumulate in the body and has no known esophageal side effects as is the case with bisphosphonates, it boasts a rather long list of undesirable – and sometimes dangerous – potential side effects. In its shadow, bisphosphonates almost seem to be the lesser of both evils, and that’s no small feat. You’ll soon know why.

The most common side effects of Prolia are back pain, arm and leg aches, elevated cholesterol, general musculoskeletal pain, bladder infection, and pancreatitis.5

And as disclosed on the Prolia website (https://www.prolia.com), it can cause serious side effects because it “is a medicine that may affect your immune system” (remember the cytokines?).

These are the main side effects listed by Amgen:

And for dessert, Amgen serves up a cautionary statement: that “it is not known if the use of Prolia over a long period of time may cause slow healing of broken bones or unusual fractures.”

So it looks as though…

The More Things Change, the More they Stay the Same

Like bisphosphonates, Prolia opens the door to a wide array of opportunistic health problems, many of which can (and trust me, will) get covered over with yet more drugs.

And let’s not forget that this drug interferes with the body’s natural immune system, which is the obvious reason for many of its most dreaded side-effects. In fact, roughly one year before its approval, FDA reviewers expressed concerns over Prolia’s activity against an important immune system modulator.6

But evidently, those concerns were shoved to the side and quickly forgotten. It seems as though the medical establishment considers drug side-effects – no matter how terrifying – an unfortunate “numbers game”. Applying its skewed logic, it accepts that there will always be some unlucky patients that will get stuck with irreversible damage, such as osteonecrosis or endocarditis – the latter potentially resulting in heart valve destruction or even a stroke.7 The unsuspecting victims are written off as inevitable casualties of war, losing their battle, but helping win the war against “disease”.

Don’t Get Fooled by Confusing Double-Speak

It almost seems as though well-meaning scientists focus so disproportionately on solving bone health issues using hi-tech tools, that they lose sight of the risk vs. reward ratio. That's why together at Save Our Bones, we expose the truth and dispel misconceptions, especially as they relate to brand new drugs.

Let’s face it: two injections a year may sound like an appealing solution to finally conquer osteoporosis. But the bad news is the potential high price to pay. So I urge you to consider your acceptable options and weigh the consequences of your decision. Also, please share this review with anyone you think may benefit from it.

And ALWAYS remember the good news: the Save Our Bones community is here for you and your bone health, with proven natural bone health strategies that work with your body… not against it.