Bone Health Myth: Doctors Always Know What’s Best For You And Your Bone Health - Save Our Bones 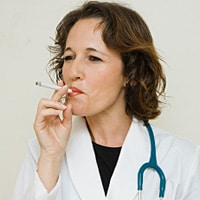 Click the triangle play button below to watch this shocking video footage from an actual 1949 RJ Reynolds advertising campaign.

Here's another print ad. Notice that the image of the doctor along with the message at the bottom of the ad implies that doctors believe that Lucky Strike Cigarettes are “Your throat protection against irritation, against cough.” 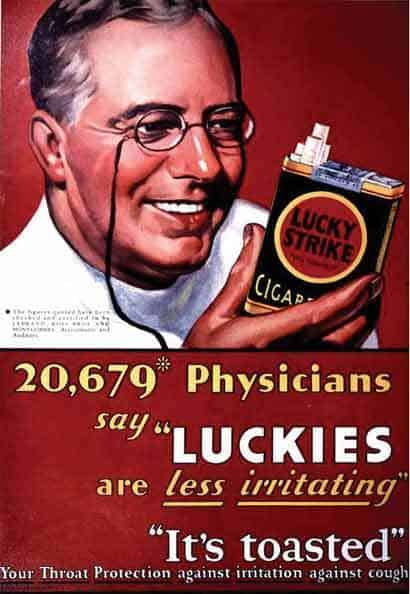 Shocking isn’t it! This TV advertisement proves that doctors were recommending smoking cigarettes, while completely ignoring available research (that started in the 1930s) linking cigarette smoking to lung disease.

Now What Does This Have to do With You and Your Bone Health?

Think about this. Doctor’s today are widely prescribing drugs for osteoporosis and osteopenia, completely ignoring the many studies that prove their dangerous side-effects.

According to an article by Consumer Affairs (February 2007), Merck, the maker of Fosamax, has put aside $48 million to set up a defense fund for lawsuits related to the debilitating side-effects of Fosamax. Does Merck know something that the general public doesn’t?

But you’re not like the majority of people who continue to blindly believe television advertisements. You know better.