Yet Another Good Reason To Avoid Osteoporosis Drugs - Save Our Bones

Yet Another Good Reason To Avoid Osteoporosis Drugs 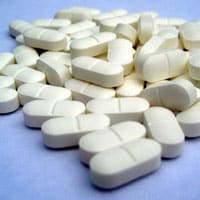 A very seldom mentioned effect of bisphosphonates (drugs such as Fosamax, Actonel, and Boniva) is that these drugs block very important metabolic pathways. Even if you never took bisphosphonates, you will benefit greatly from using this message to improve your health. Perhaps this information is not often brought to light because of its complexity, but I consider this information extremely valuable and would like to share it with you. So let’s get started…

Bisphosphonates can be cataloged as nitrogenous and non-nitrogenous; the former is the most widely prescribed for treating osteoporosis. Like statins – drugs used to lower blood cholesterol levels – nitrogenous bisphosphonates begin their action on bone metabolism by blocking the enzyme farnesyl diphosphate synthase (FPPS) which is involved in the mevalonate pathway (also called the HMG-CoA reductase pathway). I’d like to point out here that while statins disrupt the mevalonate pathway to stop cholesterol synthesis, they do not bind to bone surfaces.

Subsequent inhibited steps of the mevalonate pathway result in osteoclasts that lack a ruffled border and are therefore unable to resorb bone. Bone resorption is necessary for new bone deposition, thus forming healthier and “younger” bone. FPPS, in turn, forms another enzyme, farnesyl diphosphate (FPP). The latter is an important catalyzer for the production of ubiquinone, also recognized as CoQ10 (coenzyme Q10).

In the year 2000, scientists at the Merck Research Laboratories observed the effect of bisphosphonates on laboratory rats, providing the first data of in vivo evidence that these drugs do have an effect on the mevalonate pathway disruption on osteoclast activity. This was published in the Endocrinology Journal, and a few years later, another study was published in the Journal of Biological Chemistry authored by Yan Ling and team, confirming that bisphosphonates are “potent inhibitors of FPPS” and that “FPPS catalyzes the synthesis of farnesyl diphosphate (FPP), an important precursor of sterols, dolichols, ubiquinones, and prenylated proteins.”

In short, bisphosphonates interfere with the production of CoQ10 (ubiquinone), resulting in a potential deficiency that could be damaging. That’s because CoQ10 is an essential fat-soluble vitamin-like antioxidant that is present in practically all cell membranes (thus its name ubiquinone), and is involved in the production of adenosine triphosphate (ATP), the primary usable energy form by the cell’s mitochondria – the cell’s “power-house” – needed by the cells to perform their tasks.

CoQ10 has many important functions in the body. Once converted into ubiquinol, it operates as an antioxidant on its own and in synergy with Vitamin E, another very important antioxidant. There are several studies that show other benefits of CoQ10 ranging from positive results on cardiac health and endurance training, cancer, diabetes, periodontal disease, and neurological conditions. Further scientific studies need to be done before definite conclusions can be reached, including data interpretation on blood and tissue levels, but common sense would dictate that low levels of CoQ10 are not a desirable condition for anyone.

One important and still unanswered question is the possible link between a higher risk of developing atrial fibrillation (irregular and rapid heartbeat) – a debated possible side effect of bisphosphonates – and low levels of CoQ10 caused by the drugs.

The highest concentrations of CoQ10 in the body are found in organs that require the most energy to function properly such as the heart, the lungs, the kidneys, and the liver. Unfortunately, normal ubiquinone production decreases with age and while it is present in some foods – mainly fish, fish oils, organ meats, and whole grains – the amounts needed are greater than what can be obtained from those sources. It is estimated that a normal dietary intake of CoQ10 is around 10 mg/day of coenzyme. Also, age seems to be a factor in a decreased capacity of converting ubiquinone into ubiquinol.

So what should you do about this, you might ask? Here are some action steps:

So there you have it. Now you know a well-kept secret about CoQ10 and osteoporosis drugs. And you also know what you can do to benefit from the amazing energy and vitality it offers.