3 Ways To Shield Your Bones From This Harmful Toxin 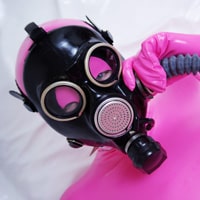 Even if you try, it could be difficult to avoid this toxin that hurts bones. Like so many toxins, it’s widespread. And don’t let the fact that it’s found in nature fool you, because it’s used in ways that nature never intended.

For example, it is purposely used as a “healthy supplement” in products used every day, such as tap water and toothpaste. And unbeknownst to most, it’s also the active ingredient in agricultural fumigation products.

By now you most certainly know that I’m talking about fluoride.

Fluoride is often touted by dentists as the best product we can use to avoid tooth decay. We are told to get fluoride-containing toothpaste, fluoride treatments on our teeth; and we are told how great it is for our teeth that fluoride is in tap water. Of course, as a Save Our Bones community member, you know better.

But as much as you may try to stay away from tap water and even if you’re using fluoride-free toothpaste, avoiding all fluoride is practically impossible. This topic is discussed in great detail in the Osteoporosis Hydration Protocol, which is part of the Osteoporosis Reversal Program, including the damaging effects of fluoride on bones and ways to decrease your exposure to this dangerous toxin.

Decreasing your exposure to fluoride is definitely possible…and necessary.

How to Decrease Your Absorption of Fluoride

Isn’t it encouraging to know that there is a natural way to reduce fluoride absorption? And it gets better—the substances that decrease fluoride absorption are Foundation Supplements, those crucial vitamins and minerals discussed in the Osteoporosis Reversal Program.

There are 3 Foundation Supplements in particular that stave off the absorption of fluoride after you’ve been exposed to it.

Like so many substances, fluoride is absorbed in the stomach and small intestine. From there it enters the bloodstream, where it quickly gets into your bones…unless you stop it with some key nutrients.

So let’s start with one of the nutritional giants…

It turns out that magnesium follows a very similar absorption path as fluoride. As mentioned above, fluoride quickly assimilates into bone—but so does magnesium. According to a study by the American Institute of Nutrition, a diet low in magnesium results in a higher concentration of fluoride in the bones. In the study, rats that were fed a low-magnesium diet had significantly higher fluoride in their femurs and teeth.1 This is likely due to the fact that magnesium and fluoride are absorbed via the same biological path.

“Since bioavailability of Mg and F- depends on their mutual ratio in the diet, a low magnesium diet distinctly increases F- absorption in the intestines,”1 the study reports.

“In summary, it can be stated that in intoxication with fluorine compounds, magnesium plays a protective role by countering and reducing the toxic effects of F-.”1

If you have the Osteoporosis Reversal Program, you already know exactly how much magnesium you need to take and that you should keep the ratio of calcium to magnesium at 2:1. So for example, if you’re taking 1000 mg of calcium, you’ll need to take at least 500 mg of magnesium.

Ah, calcium—the “go to” mineral for those seeking help for osteoporosis. But as regular readers know, and as I write in the Osteoporosis Reversal Program, just popping a calcium tablet every day is not what it’s all about. These Foundation Supplements all work together, and calcium, while very important, is not a “Lone Ranger” mineral.

But I’ll repeat—calcium is very important, and here’s another reason why: it protects your bones against the toxic effects of fluoride.

This protective effect was observed in the bones of animals fed a fluoride-containing diet. High calcium intake was shown to prevent the toxic effect of fluoride. “…elevated levels of calcium in the diet are capable of preventing the osteomalacic effects of high levels of fluoride,”2 concludes a study published in the Journal of Laboratory and Clinical Medicine.

Another study, this time from Germany, showed that “Calcium reduces fluoride absorption.”3 This conclusion is backed up by a French study revealing that the “fluoride peak level is lower and delayed”4 in individuals who ingested fluoride and calcium at the same time.

Vitamin C helps bones in all kinds of ways, and here’s another: it increases fluoride excretion from the body, and it can also reverse fluorosis.

Vitamin C flushes fluoride from the body, keeping it from getting absorbed into your bones.
When patients with endemic fluorosis were given 2 grams (2000 mg) daily of Vitamin C, the participants showed measurable urinary excretion of fluoride, and this was constant for four weeks.5

Interestingly, Vitamin C has also been shown to reverse the effects of clinical and dental fluorosis, suggesting that Vitamin C may have a means other than increased excretion for combating the toxic effects of fluoride.

Not long ago, the toxic effects of damaging dental fluorosis were considered irreversible. But Vitamin C offers some hope.

In one study, children ages 3 to 12, who regularly consumed water with 4.5 or 8.5ppm (parts per million) of fluoride showed various degrees of fluorosis. The children were given 500mg Vitamin C, 250mg calcium, and 800IU Vitamin D3. After 44 days, the fluorosis (clinical and dental) showed complete reversal. The children who drank the 8.5ppm fluoride water experienced a slower reversal—until their Vitamin C intake was increased to 750mg daily. Then reversal was notable and more rapid.6

Because of the complete reversal of the fluorosis, we can conjecture that more is going on here than just flushing fluoride out of the body. It may have something to do with the combination of vitamins that were given to the children. That’s because…

Taking calcium and Vitamin C together has been shown to help reverse fluoride toxicity. When rats were given these two supplements together, signs of fluoride toxicity in various body systems were reversed.

Taking these three Foundation Supplements, which is recommended in the Osteoporosis Reversal Program, protects you from the damaging effects of fluoride. So when you follow the supplement plan in the Program, you’ll be protecting your bones, teeth, and your overall health.

It’s important to protect as many aspects of your health as possible, because frankly…

Toxins are present in substances like plastic, in personal care products, and even in the air we breathe. Toxins are mixed into processed food and outgassed from carpet glue and air fresheners.

And of course, toxins in the form of osteoporosis medications are widely prescribed.

Even if you are doing everything you can to avoid and protect against toxin exposure, it’s still a good idea to do some regular maintenance in the form of cleansing.

Think about it—you take your car in for a regular oil change, and you do various kinds of home maintenance repairs and tasks. Why not do the same for your body?

Toxins have all kinds of detrimental effects on your health, including compromising the proper functioning of your vital organs. And their effects appear to be cumulative. So it’s a good idea to “tune up” your toxin-weary body before these poisons get a chance to accumulate.

With this in mind I created OsteoCleanse™, the 7 Day Bone Building Accelerator, a unique, 7-day cleanse designed to clear your body of osteoporosis drugs and other toxins. And now there’s…

A New Expanded Edition of OsteoCleanse™!

That’s right – I’ve added even more to this already-effective cleanse. OsteoCleanse™, the 7 Day Bone Building Accelerator, is a 6-step program, and each step discusses the step-by-step cleansing process. In the New Expanded Edition, you will find more recipes, particularly recipes for Step 3, which involves eating one raw meal a day.

Like the old version of OsteoCleanse™, the New Expanded Edition is not your average, everyday cleanse, and here’s why:

To read more about the New Expanded Edition of OsteoCleanse™, please click here →