Canned Food Alert: Why Relying On Conventional Wisdom Can Damage Your Bone Health - Save Our Bones

Canned Food Alert: Why Relying On Conventional Wisdom Can Damage Your Bone Health 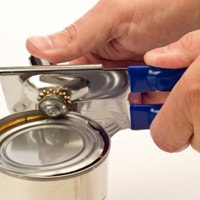 Eating plenty of fruits and vegetables is one of the foundations of the Osteoporosis Reversal Program, and many in our community have asked me if it is imperative to eat fresh produce. Of course it is best to eat fresh as often as possible because fresh foods are more alkalizing than their processed counterparts. But realistically speaking, this can pose a challenge on some occasions.

So because you might have to rely on canned or frozen foods sometimes, in this article I want to give you up-to-date information on why you should avoid canned foods as much as possible, and help you find a healthier alternative.

The Bisphenol A saga

Recent studies show that more often than not, food cans are lined with a resin containing Bisphenol A (BPA), a synthetic estrogen that was originally produced in the 1930’s. Nowadays BPA is also used to manufacture polycarbonate plastic, dental sealants, and can be found in many other consumer products.

The problem with BPA is that it breaks down easily, and therefore leaches into the food, posing a health risk that until recently has been only linked to clear plastic. Scientists have known for many years that the weak chemical bond between BPA molecules is easily disrupted by heat and acidic or alkaline conditions causing the release BPA into food or beverages in contact with it.

Tests of canned products conducted by Consumer Reports confirm that almost all of the 19 name-brand foods contained BPA, and more disturbingly, the findings also apply to cans labeled “BPA-free”.1

This poses a health risk that goes well beyond clear plastics, and might explain why according to the U.S. Centers for Disease Control (CDC), 95% of Americans tested had urinary BPA.2

So how does BPA tie in to your bone health? You see, all chemicals acidify your blood pH and therefore cause calcium loss from the bones. Furthermore, your general health greatly affects your capacity to succeed when you follow a natural bone health program, so I’d like you to be aware of the fact that…

BPA can cause a myriad of serious health issues

The health effects of Bisphenol A should not be ignored, especially since BPA can alter the expression of hundreds of genes, affecting different tissues. Over 130 scientific studies link BPA exposure – even at well below the government set “acceptable” doses – to a vast array of health problems. Here’s a summary:

BPA affects receptors involved in regulating brain control systems that coordinate certain functions of the reproductive system. Even though BPA mimics the effect of estrogen in developing neurons, it can paradoxically also inhibit the activity of estrogen in certain areas of the brain, which could impair memory and learning capacity.

BPA has been linked to aggression, ADD and ADHD, altered socio-sexual and maternal behavior, and greater susceptibility to drug addiction.

BPA can cause an error in cell division called aneuploidy, an abnormality that causes almost 20% of birth defects, including Down’s Syndrome.

It causes a reduced sperm count and lower testosterone levels.

Low-level chronic ingestion of BPA caused insulin resistance in adult mice, and insulin resistance might lead to Type II diabetes. Studies also show an increased rate of postnatal growth in both males and females as a result of maternal BPA exposure, which is associated with obesity, insulin-resistant diabetes, hypertension, and heart disease.

Relying on “official” data can be a huge mistake

In view of these health issues, it is easy to understand why there was such ample media coverage on the use of BPA in baby bottles in the not so distant past. However, I can’t help but notice that the media focused exclusively on baby bottles and failed to mention other uses of BPA in the food industry, such as the ubiquitous BPA resin lining in canned foods.

The Environmental Protection Agency (EPA) has established guidelines for daily safe exposure, set at 50 micrograms per kilogram of body weight. How reassuring it is to know the safe levels of BPA, right? After all, if this toxic product is regulated by a government agency, we have nothing to worry about because they have surely reviewed all the relevant information.

But the sad truth is that, as is the case with many “official” conclusions potentially affecting mammoth industry cartels, everyone would be better off without these guidelines. In the absence of what most consider a trustworthy source, people would rely on their own research and use third-party independent sources to obtain information and get to the bottom of a health issue.

And the BPA saga is yet one more example of the public’s blind trust in government agency opinions: according to Consumer Reports, the EPA’s “safe” level for Bisphenol A is based on outdated experiments from 30 years ago. And their guidelines have not changed since, in spite of a multitude of more recent laboratory studies.3

But let’s not focus only on the USA, which could be lagging behind other countries on these issues. For example, Canada banned BPA baby bottles on April 2008, which on the surface sounds like a good thing. However, Health Canada – like agencies in other parts of the world – blatantly ignores a more significant source of BPA exposure to babies. According to the Environmental Working Group (EWG), a private watchdog, just about all brands of liquid and powder canned baby formula made by international companies like Nestlé, Ross-Abbot, and Mead-Johnson are lined with BPA. To make matters worse, the EWG found higher levels of BPA in canned liquid formula than what could leach from baby bottles.4

A few months after the ban, in October 2008, Health Canada made an official statement claiming that “bisphenol A exposure to newborns and infants is below levels that cause effects” and that the “general public need not be concerned”.5

Now you might say that Canada is only one country of many, so what about the European Union? In October 2008, the European Commission and European Food Safety Authority (EFSA) concluded that there are no grounds to revise BPA’s Tolerable Daily Intake (TDI), which is the same as in the USA, because it is safe for consumers. However, the EFSA is scheduled to release another opinion on BPA by May 2010. Don’t hold your breath, because they are up against a giant and powerful industry.

So how can we reconcile statements issued by government agencies with the findings of independent scientists? Unfortunately, there isn’t a simple answer to this complex issue, in part because chemical manufacturers are willing to openly flex their muscles in order to protect their giant profits.

For example, University of Missouri-Columbia scientist Frederick Vom Saal and team published a study in 1997, showing evidence that minute amounts of BPA caused irreversible changes in the prostate of mice. Soon after, a representative of Dow Chemical Company, a major BPA manufacturer, showed up at their laboratory and disputed their findings. In Vom Saal’s own words to the EWG interviewer, the Dow scientist told the research team that “we want you to know how distressed we are by your research.” Vom Saal adds that “it was not a subtle threat”, and points to the huge BPA production in the US totaling 6 billion dollars each year. But after the surprise visit and other failed attempts to ridicule his work and block public speeches on the subject, Vom Saal continued his quest and published multiple studies on BPA’s deleterious health effects.

To the benefit of consumers, Vom Saal’s team is not the only one acknowledging the power of the industry they are up against. Washington State University reproductive scientist Patricia Hunt initiated studies on BPA because of a laboratory accident in 1998 that caused her to find greater abnormalities in rats who had accidentally consumed BPA than in the mutant study rats. Her findings stunned her, and she comments that “like most Americans, I thought, my government protects me from this kind of stuff,” and adds that “we're up against big industry, and they're running pretty effective damage control.”6

Use frozen instead of canned produce

As I mentioned earlier, your best bet is to buy fresh fruits and vegetables, but frozen ones are a pretty good second choice. They are most often harvested when ripe, cooked for a short time in boiling water or steamed, and frozen right away. Of course, try to stay away as much as possible from canned foods.

And I’ll conclude with some ideas to make it even easier for you to increase your fruit and vegetable consumption: