Osteoblasts: An In-Depth Guide - Save Our Bones 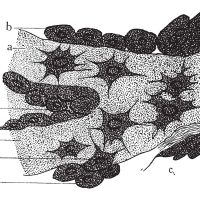 It’s much easier to make informed decisions about your bone health when you have a good understanding of how the skeletal system works. Bone is living tissue that is continually changing and renewing, just like other tissues that comprise the human body.

Today we'll take an in-depth look at a crucial player in the life cycle of bone: osteoblasts. These cells are critical to the bone remodeling process, and gaining knowledge on how they work will help you to support their function and make the right decisions about reversing osteoporosis and preventing fractures.

Osteoblasts are the cells responsible for the creation of new bone. They synthesize new collagenous organic matrix (the collagen-based scaffolding around which mineral bone is built) and regulate mineralization of matrix by releasing compounds that concentrate calcium and phosphate into the new bone mass.1

Osteoblasts also synthesize and secrete non-collagenous proteins. While these bone proteins are not well defined at present, the latest research suggests that they serve multiple functions including, “regulation of bone mineral deposition and turnover and regulation of bone cell activity.”1

Once new bone creation has been accomplished, osteoblasts become osteocytes– part of the bone material, or else they undergo apoptosis (cellular self-destruction). In both cases, what remains is new, healthy bone.1

Osteoblasts create and release the collagen-matrix that forms the scaffolding for new bone, and non-collagenous proteins that spur the mineralization of that matrix into bone matter.

Your Bones Are Alive

Bone is living tissue that is continually changing. There are two primary processes by which bones change and grow in adults: modeling and remodeling. Both require osteoblasts for the creation and deposition of new bone and also involve other cells necessary for bone turnover called osteoclasts.

Osteoclasts are cells that remove old, damaged bone, making way for osteoblasts to synthesize new collagen matrix and regulate mineralization, forming new bone. Both of these types of cells are necessary to achieve the desirable bone turnover balance.1

Bone is living tissue. Old bone is removed by osteoclasts and replaced with new bone by osteoblasts.

Modeling is the process by which osteoblasts and osteoclasts change the shape of bone in response to physical stress and mechanical load. During modeling, the skeleton adjusts to accommodate the stress applied to them.

This action was first described by Wolff's law, which noted that bones change shape to accommodate stresses placed on them. This well-documented process is why we know that weight-bearing exercise (which applies the stress of mechanical load to bones) stimulates new bone growth.1

The stress enacted on the surface of bones causes osteoblasts to increase bone mass accordingly. Osteoclasts are also part of bone modeling, removing old and damaged bone to make way for the growth of new, younger bone.1

Modeling is the response to stress placed on bones by changing the structure of bone with the action of osteoblasts and osteoclasts to better meet the demands of that stress.

Remodeling is the continually ongoing, lifelong process of bone turnover that maintains bone strength throughout the body. Remodeling has four distinct stages:

The remodeling process resorbs old bone (via osteoclasts) and forms new bone (via osteoblasts) to prevent the accumulation of bone microdamage. This is the body's natural means of keeping your bones strong and resilient.

Remodeling is a continuous process in which osteoclasts remove damaged bone and osteoblasts replace it with new bone.

The pharmaceutical industry is responsible for the pathologization of age-related bone loss. By turning osteoporosis into a disease that is diagnosed by measuring bone density using DXA scans, Big Pharma manufactured a need for drugs to increase bone density.

The most commonly prescribed class of drugs is bisphosphonates. The primary intention of bisphosphonates is to inhibit osteoclasts so that they cannot break bone. The glaring problem, of course, is that the bone material which osteoclasts remove is old and damaged bone. Furthermore, osteoclasts' removal of that bone gives rise to osteoblasts and makes space for them to form new bone.2

Bisphosphonates not only prevent the removal of weakened and damaged bone, but it prevents the production of strong new bone to replace it.

In addition to bisphosphonates (like Fosamax, Reclast, Boniva, Actonel) Big Pharma has developed drugs that engage in some variation on manipulating osteoblasts and osteoclasts. Romosozumab (Evenity) for example, stimulates osteoblasts and inhibits osteoclasts. Abaloparatide (Tymlos) and teriparatide (Forteo) are a synthetic sequence of amino acids that imitate human parathyroid hormone-related peptide (hPTHrP). This peptide stimulates osteoblasts to increase bone synthesis. Then there’s Prolia (denosumab), a drug that de-activates osteoclasts.

Big Pharma sells osteoporosis drugs claiming that they strengthen bones, but in fact, they do the exact opposite.2

Bisphosphonates inhibit osteoclasts, and in the process also inhibit osteoblasts, preventing the removal of damaged bone and the subsequent replacement with new bone.

Your body has a built-in system for keeping your skeletal system strong and responsive to the physical stresses you apply to it. You don't need drugs to artificially alter the way your body forms new bone.

You can activate your osteoblasts to depose and form new bone by engaging in weight-bearing exercise. You can further support the bone remodeling process and the osteoblasts that build strong, flexible bone by following a pH-balanced diet. If you haven’t yet, start applying these simple principles to naturally reverse osteoporosis and osteopenia without taking osteoporosis drugs.