COVID-19 Updates: The Latest Coronavirus News - Save Our Bones 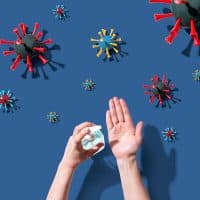 The COVID-19 pandemic continues to spread across the globe, and the situation is changing daily. Hope has begun to glimmer as many cities and even countries are starting to see infection and death rates steady out, which hopefully presages their gradual decline.

Today we'll look at some of the new data that has recently been released, including multiple studies in which groups of people were given antibody tests in an attempt to gain a deeper understanding of how many cases of COVID-19 went untested and unconfirmed.

We'll also look at reports questioning the accuracy and validity of the antibody tests that have flooded the American market. Then we'll look at pet precautions that have been recommended in the wake of two house cats who tested positive for the virus.

The first data sets from studies on COVID-19 antibody tests reveal the percentage of the population that may have been infected with the virus — whether they knew it or not. Current official infection rates include only confirmed cases — meaning they only count infections that were tested and came back positive.

We have known all along that these figures were lower than the actual infection rate since asymptomatic carriers (and in some places, even people with non-critical infections) have not received tests.

Now antibody tests are in production. These tests check the blood for antibodies that the immune system created to fight off the novel coronavirus.

Researchers in California have conducted antibody tests on a sample of residents in two counties. The first group of researchers gathered data in Santa Clara County.

“Researchers estimated that the prevalence of antibodies was between 2.5 percent and a bit more than 4 percent. The county’s population is 1.9 million.

That means that 48,000 to 81,000 people were infected with the coronavirus in Santa Clara County by early April, the investigators concluded.

In Los Angeles County, researchers conducted tests at drive-through sites and at participants’ homes and estimated that 2.8 percent to 5.6 percent of the county’s adult population carried antibodies to the coronavirus. There are 10.4 million people in Los Angeles County.

If accurate, that would mean that 220,000 to 442,000 residents had been exposed. By comparison, only 8,000 cases had been confirmed in the county by early April, when the testing was done.”1

This means that there were around 50 times as many COVID-19 infections in LA county than the confirmed case-count indicated. If we use these figures to recalibrate the mortality rate, then the virus is far less deadly than officials initially feared. Of course, the number of deaths is still staggeringly and tragically high.

Another antibody test study in New York has revealed that a sizable portion of the state, and an even larger percentage of those living in New York City, may have already had the virus.

“The latest results from a rolling survey of 7,500 people statewide showed nearly 15 percent of people in the state as having tested positive for antibodies.

Of the 3,225 New York City residents tested, 25 percent—or one in four—tested positive.
Extrapolated to the broader population, the preliminary data suggests that 2.1 million people in New York City, and nearly 3 million statewide, may have been infected with COVID-19.”2

These surprisingly high rates of positive antibody tests could mean that those locations are closer than previously thought to herd immunity, which could allow their economies to restart sooner rather than later. While that's encouraging, it remains unknown how much immunity antibodies confer, and for how long.

Antibody testing has revealed that a surprising percentage of the population in two California counties have already had COVID-19. As many as one in four residents of New York City may have had the virus, based on a study conducted in New York State. These figures are much larger than the previously known count of confirmed cases, resulting in a lower mortality rate. It's unclear how much immunity antibodies confer and for how long.

Antibody Tests Are Of Varying Quality

The arrival of antibody testing is good news, but the FDA is facing criticism that it allowed companies, many Chinese, to flood the market with faulty tests that deliver false positives. That sort of mistake can lead to risky and dangerous behavior if someone thinks they have developed immunity when in reality they have not.

Some cities bought thousands of tests, only to find their accuracy rates were as low as 20%, making them useless. The New York Times reported on the situation.

“The Food and Drug Administration has allowed about 90 companies, many based in China, to sell tests that have not gotten government vetting, saying the pandemic warrants an urgent response. But the agency has since warned that some of those businesses are making false claims about their products; health officials, like their counterparts overseas, have found others deeply flawed.

Tests of “frankly dubious quality” have flooded the American market, said Scott Becker, executive director of the Association of Public Health Laboratories. Many of them, akin to home pregnancy tests, are easy to take and promise rapid results.”3

Legal action has been taken against some of the medical companies that have issued the faulty tests, many of whom made false claims about the reliability of their product. However, there are dependable lab-based tests, and more reliable tests are in development. Experts report that antibody testing will be critical to crafting a safe plan for reopening businesses and returning to normal life.

The good news is that one new antibody test, developed by Abbott Laboratories, is receiving high praise from scientists at The University of Washington School of Medicine's Virology Lab.

The test will be made available through health care providers, in medical clinics, and perhaps through workplaces.

“It’s possible this could be part of a back-to-work process,” Jerome said.

It’s not yet clear how much immunity people develop to COVID-19 in the course of fighting off the virus, but if SARS-CoV-2 behaves like other coronaviruses, Jerome said people with antibodies should have at least some protection from reinfection.

“It may not be perfect protection,” he said. “It might be possible to get infected again, but if you did, you wouldn’t end up in a hospital, OK? You might feel a little off, but then those antibodies pop right back up, take care of it, and you’re better. So you get infected, but it doesn’t really matter. It’s more like a regular cold. That’s a very possible outcome.”4

The FDA has failed to adequately assess new COVID-19 antibody tests, resulting in a rush of faulty tests from dubious supply companies. Rapid tests are particularly unreliable. However, more reliable lab-based testing exists, and availability is spreading as more and higher quality testing is developed and released.

They are the first pets in the United States to test positive for the virus, and federal agencies responded by releasing recommendations for pet owners.

“Officials continue to recommend pet owners take several precautions. Most basic: “Treat pets as you would other human family members,” the CDC recommends.

That means pets shouldn't interact with people or animals outside their home, cats should remain indoors if possible, owners should avoid busy dog parks and dogs should be walked on a leash, maintaining a 6-foot distance from other people and animals.

The USDA doesn't recommend widespread testing of animals, although veterinarians may recommend testing on a case-by-case basis. It doesn't appear that livestock or poultry are susceptible to the virus.

Two housecats in New York State tested positive for the novel coronavirus. Officials recommend that pet-owners restrict their pets' interaction with other people and animals, maintaining the same social distancing as humans. If pet owners believe they have the virus, they should cut off contact with their pets to protect them.

The possibility that COVID-19 infection rates are higher than initially thought brings the population closer to herd immunity and means that the fatality rate of the virus is lower than previously estimated. However, those figures will be different city to city, and country to country, and they will continue to change as more data is collected.

As more and better antibody tests make it into production, the problems with faulty rapid-tests will decline, and we’ll have the information we need to move past this challenging time.

Continue to take precautions to protect yourself and loved ones, like practicing social distancing and keeping your immune system strong. Stay strong and stay hopeful!