How to Keep Your Bones Happy: Stay Away From The S.A.D. - Save Our Bones

How to Keep Your Bones Happy: Stay Away From The S.A.D. 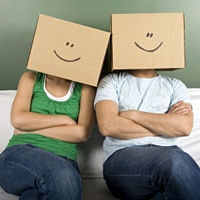 Today we’ll take a peek at the daily menu of Average Jane and why it's so devastating to her bone health. I'll also reveal what the the S.A.D. really is, and why you must stay away from it.

On her way to work in the morning, Average Jane stops at the diner and orders the breakfast special: sausage patties with two fried eggs, home fries, white toast with American cheese, orange juice from concentrate, and several cups of coffee.

She arrives to the office and once she settles in, she keeps her coffee mug full throughout the morning and nibbles on a few of her favorite cookies.

Before taking the train back home, she stops at the coffee shop for a quick pick-me-up: a donut with coffee. Dinner is usually a frozen TV dinner, macaroni and cheese out of a box, or a hamburger. Her favorite late night snack is one or two scoops of ice cream with whipped cream and sprinkles..

If you find the above menu a tad repulsive, you're absolutely right. This eating pattern is completely out of tune with your bone health and your general health as well.

The eating habits of Average Jane are typical of the Standard American Diet (S.A.D.). This diet is the launching pad to poor nutritional choices responsible for a myriad of health problems, including osteoporosis. Unfortunately, this diet is creeping into many other parts of the world, causing an epidemic of chronic “diseases” in places where they did not exist before.

Food choices are made based on their exterior appearance. Any blemishes, irregularities in shape, or color imperfections are considered detrimental, so food is expected to look consistently perfect. Packaged foods are acceptable, even encouraged, due to the simplicity of preparation. The more intricate and decorated the container, the more appeal the food has. Taste, aroma, and nutritional benefits are secondary to looks.

Food preservation is considered an added advantage as compared to the natural state of foods. Frozen, canned, or ready-to-eat processed foods are more appealing than a fresh product. Preservatives, taste enhancers, and food colorants are accepted since they enhance the aesthetics; they are perceived as palatability enhancers, and give consistent and predictable results.

Like Modern Medicine, the S.A.D. ignores the basic premise that food is one of the main contributors of health. It simply relates food to weight gain or weight loss, its interaction with prescription drugs, and to certain flawed concepts for food avoidance based on superficial observations or one-sided studies.

1. It’s OK for humans to be guinea pigs

Until the 20th century, no civilization has ever been exposed to this kind of “man-made” nutrition. So this quasi-synthetic diet can be considered one of the biggest and perhaps most dangerous experiments in human history as it relates to health. The current osteoporosis epidemic is a good example of the health distortions that can occur with this type of flawed nutrition.

The purposeful fragmentation of food renders it unwholesome and for that reason it can’t (and obviously doesn’t) support the biological processes necessary to maintain even the most basic level of good health. Not surprisingly, the S.A.D. has opened the flood gates to a myriad of chronic “diseases”, which more often than not, are the manifestation of the struggle of the human biology at the cellular level to survive in a toxic and nutritionally deficient environment. Osteoporosis is most certainly a “modern disease” brought about by the S.A.D..

3. An imbalanced diet is irrelevant to health

The excessive emphasis on acidic foods consumption, such as animal protein in the form of meats and dairy products, grains, and sweetened foods and drinks produces a biochemical imbalance in the body. The lack of fruits and vegetables in this diet plunges the pH levels to unsustainable low levels. This leads to a state of chronic metabolic acidosis, which is one of the major culprits of bone loss leading to osteoporosis.

4. Chemicals in the food supply are a sign of scientific advancement

Chemical additives are highly acidifying substances that alter the chemistry of foods and rob them from their life-sustaining qualities, thus greatly affecting your bone health. As far back as 1963, Dr. Chauncey Lake, who was the President of the American Association for the Advancement of Science, issued a rare warning. He said that:

“General use of new chemicals in large quantities has created a new hazard –subclinical poisoning – so insidious, that physicians cannot connect the poison to the ailment.” (Ruth Winter, Poisons in Your Food: The Dangers You Face and What You Can Do about Them. Three Rivers Press. 1990. Page 4).

Unfortunately, modern medicine doesn’t make the connection between food and health. Instead, when problems arise, it deems our biology as “defective” and attempts to artificially “fix it” with synthetic drugs. This is wrong, and the results speak for themselves.

That's why I'm so glad you're part of this community as we spread the truth about bone health and expose the lies. We know better, and that's why on this website and in the Osteoporosis Reversal Program we take a radically different approach to bone health. We understand that osteoporosis doesn't reflect a “defect” in our biology, but is merely a biochemical imbalance, caused by diet, lifestyle, and other environmental factors, resulting in excessive bone loss as the body attempts to correct it.

The bad news is that the Standard American Diet is one of the main culprits of the biochemical imbalance. But the good news is that correcting it is easy with a few simple dietary changes that include the Foundation Foods, and other simple bone health-enhancers – and I'm happy to report that more and more in our community are doing just that.

So stay away from the S.A.D., follow the Osteoporosis Reversal Program and you’ll have happy and healthy bones. As Hippocrates said, “Let food be your medicine”.