Is Osteoporosis In Your Blood? - Save Our Bones

Is Osteoporosis In Your Blood? 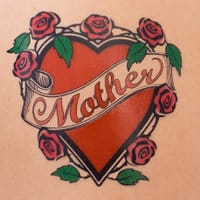 I love to play Sudoku. Every time I travel, I take my book with hundreds of puzzles onboard. What I like most about Sudoku is that it requires using extreme logic. Plus to complete a puzzle, there is no room for error. Just one number wrongly placed in a square makes it impossible to solve the entire puzzle.

Like a game of Sudoku, solving the Osteoporosis puzzle also requires a chain of correct and logical data that when linked together, end up making scientific sense and solve the problem. And that is how I created the Osteoporosis Reversal Program. I designed an Osteoporosis solution by taking the root cause of bone loss as a baseline, and building around it a natural program to improve the quality and density of bones without the use of toxic drugs.

But the medical establishment’s view of osteoporosis is not based on observational veracity. They simply jumped to the conclusion that Osteoporosis is a disease. So as part of their quest to preventing and treating this invented “disease”, scientists are searching for…

The Missing Genetic Link to Osteoporosis

As a Save Our Bones community member, you know that Osteoporosis is not a disease. That instead, it is a biochemical imbalance in the body which forces calcium out of its main storage place – the bones – in order to correct that imbalance.

So it will not surprise you that researchers have not been able to find a clear genetic link to osteoporosis. At best, as a study states, “… some of the predisposition for osteoporosis can be inherited.”1

And unlike inherited diseases caused by mutations, missing genes, or chromosomal aberrations, such as Hemophilia or Sickle-cell anemia to name a couple, the missing genetic link to Osteoporosis is – you guessed it – the “disease” itself.

Still, chances are your doctor told you that…

I have received many emails from worried community members who fear that they will have difficulty beating osteoporosis because it “runs in the family.” And I know the feeling full well.

You see, when I was diagnosed with Osteoporosis, my doctor asked me if my mother had it too. At that time, back in 2004, she was taking Fosamax and struggling with a wrist fracture that was taking longer than usual to heal. So he said, “well, there you have it! Your mother has it so you have inherited it from her.”

Not only was I devastated by the diagnosis, I also felt despair because of what seemed to be the inevitable genetic connection to get this “disease”. I still remember the sinking feeling when the doctor told that to me.

But, as I mentioned earlier, there is no genetic inheritance pattern for Osteoporosis. So if anyone in your immediate family has been diagnosed with it, don’t think even for a minute that you have an added burden to conquer it.

Interesting But Not Conclusive Discoveries

Even though scientists openly admit that there is no evidence of specific genes linked to Osteoporosis, some interesting discoveries relating to bone health and genetics were made as a result of searching for the elusive Osteoporosis chromosomes. The observations, however, have not been confirmed across the board, so bear in mind that there is no conclusive information as of yet.

The genetic variations recently found are briefly listed below.1

While the above findings may one day shed more light on individual bone density variations, the researchers conclude that:

“There simply is not enough information at this point to speculate on the relative weighting genetic and non-genetic factors contribute to the sequelae of events that result in overt osteoporosis.”1

Now you can relax and enjoy life, because your Osteoporosis story will have a happy ending.