Link Between Wrinkles And Osteoporosis: Fact Or Fiction? - Save Our Bones

Link Between Wrinkles And Osteoporosis: Fact Or Fiction? 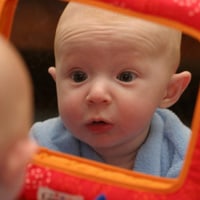 According to a well-known proverb, the eyes are the mirror of the soul. But what if your skin could be the mirror of your bones? In a brand new study, Yale School of Medicine researcher Dr. Lubna Pal suggests that there might be a direct correlation between common wrinkles on the face such as laugh and frown lines, the neck, and bone density.

After analyzing facial skin firmness, depth, and quantity of wrinkles, Dr. Pal observed that the worse the skin condition, the lower the hip, lumbar and spine density found in middle-aged study subjects- all women. And the opposite appears to apply as well; firmer facial skin was linked to greater bone density.

As Dr. Pal explains, “Bones and skin share common building blocks – a group of proteins known as collagens. As we age, changes in collagen may account for age-related skin changes, including worsening skin wrinkles and sagging skin, and also contribute to deterioration of bone. Ultimately, we want to know if intensity of skin wrinkles can allow identification of women who are more likely to fracture a bone.”

So What’s Wrong With Making This Connection?

On the surface, Dr. Pal’s observations seem logical. After all, if aging skin suffers damage, and skin and bones are made of the same proteins, more wrinkles reflect more collagen damage. And since bones are made up of mineralized collagen and a collagen matrix, the visual observation of facial lines could offer a glimpse into the condition of bones.

But once we start digging deeper, it’s easy to realize that this study misses the point entirely.

Dr. Pal is in-step with reductionism, a ‘philosophy’ (if it can be called that) applied by the medical establishment where scientists study small and defined phenomena rather than the whole picture. The biological phenomena under observation is fragmented and simplified by omitting relevant information, most often leading to conclusions that are completely disconnected from reality.

A perfect example of reductionism is GlaxoSmithKline’s Avandia, the world’s best-selling diabetes drug. Used to increase insulin sensitivity in Type II diabetics, its sale was suspended in Europe and severely restricted in the US in 2010.

Indeed, Avandia performed its task, but with terrible unintended consequences: a Cleveland Clinic study showed that patients taking Avandia had a 43% greater risk of a heart attack or other cardiovascular problems.

This is what happens when scientists fail to look at the whole picture.

Another good example of how the isolation of one health condition from the rest of the body leads to dreadful unintended consequences is – you guessed it – osteoporosis drugs and their side-effects, including the irreversible Osteonecrosis of the Jaw (ONJ).

And these side-effects unleash a vicious cycle of yet more prescriptions to mitigate them. As s I write in the Osteoporosis Reversal Program:

“…more often than not, side-effects of osteoporosis drugs are treated with yet more medicines that have their own side-effects. For example, when patients taking bisphosphonates complain of gastrointestinal discomfort, doctors are typically not ready to stop the drug treatment and therefore prescribe an acid reducer such as Nexium or Prevacid. Little does the patient know that these medicines hinder calcium absorption, causing even more bone loss…”

What I find truly baffling is that some are surprised by these study results. It is no secret that poor nutrition and lifestyle habits lead to poor health, which leads to – among other things – lots of wrinkles. For example, The Standard American Diet is not only highly acidifying; it is also practically devoid of antioxidants and many other important nutrients that protect the skin. And not surprisingly, you need those antioxidants and nutrients to build strong bones too.

Add to this the myriad of chemicals added to foods and the rampant use of artificial sweeteners, and it is not difficult to see how damaged skin is tied to weak bones that could easily fracture.

Also, lack of sleep or poor sleeping habits can ravage your skin while elevating your stress levels. And high levels of stress is another factor that contributes to weak bones.

You see, the number of studies one can conduct in this vein would be endless. That's because unhealthy eating and lifestyle habits for the most part will have an overall negative effect on your entire body. And in your body's wisdom, it gives you “warning signs”. Sometimes those come in the form of pain and other times as wrinkles.

As I mentioned earlier, reductionism doesn't look at the whole picture. Instead of isolating and fragmenting our biology, we have to look at it as one perfectly synchronized and interdependent system designed for optimal health. And the Osteoporosis Reversal Program does just that, with the clear understanding that …

Beauty Comes From the Inside Out

Like your bones, your skin needs to be nourished with the right nutrients – vitamins, minerals, and antioxidants – working in harmony with each other and with other metabolic processes. It also needs to be free of other harmful substances.

And the great part is that you'll be feeding your skin what it needs as well.

Again, one of the unintended consequences of the Osteoporosis Reversal Program is that your skin will have a healthy and luminous glow.