Recently Discovered: 3 Surprising Biological Processes That Require Calcium And Impact Your Bones - Save Our Bones 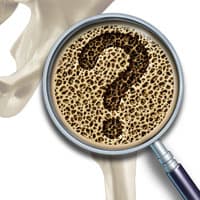 Ninety-nine percent of the body’s calcium is found in bone. But science reveals some astonishing news about the biological roles of the remaining one percent.

It’s already known that calcium in the bloodstream is required for blood clotting, stable blood pressure, brain function, and intracellular communication. That’s amazing enough, but now researchers have uncovered three previously unknown functions of calcium that are critical to your health – and your bones.

The first discovery I want to share with you today is about calcium’s amazing contribution to the immune response.

Intrigued by the intricacies of the immune response to injury, a team of U.K. researchers discovered that calcium acts as a “trigger” to start the process. Here’s how it works.

When you experience an injury, such as a wound from impact, a rush of calcium goes outward from the site of injury like a shock wave. Traveling along intracellular junctions, this calcium wave signals activation of an enzyme called DUOX, which attracts white blood cells to the wound by synthesizing hydrogen peroxide.1

The white blood cells then work to kill off any microbial invaders that could infect the wound. This breakthrough research reveals for the first time the mechanism by which immune cells are “summoned” to sites of injury, also known as the inflammatory response.

And this brings us to the next point: calcium has been shown to be essential in controlling inflammation.

Scientists studied mice that lacked a calcium channel component called STIM1, a condition that can occur in humans due to genetic mutations in the STIM1 gene. The mice’s immune systems were unable to control infection from Mycobacterium tuberculosis, resulting in extreme inflammation of the lungs and early death.2

A lack of STIM1 means an inability to generate calcium signals, so the immune system’s white blood cells and other infection fighters just “didn’t get the message.” In addition, a lack of calcium prevents the formation and development of crucial T-cells called iTreg cells, which were greatly reduced in the STIM1-compromised mice.2

So the infection and inflammation ran rampant and became chronic.

Chronic inflammation is a serious concern in the fight against osteoporosis. In fact, inflammation has been directly implicated in increased fracture risk. It’s no coincidence that many anti-inflammatory foods are rich in calcium.

That brings us to our third great calcium discovery, which is its role in sleep.

3. Calcium Is Essential For Healthy Sleep

Cued by the different calcium channel activity observed in the sleeping brain, scientists removed a particular channel, Cav3.1, from the brains of a group of mice. The sleep patterns of the Cav3.1-deprived mice were compared to those of normal mice.

The researchers found that without Cav3.1, the mice took a long time to fall asleep, and when they did, they did not stay asleep for long. Their brains exhibited brain patterns that are normal during waking hours, and they never reached the restorative deep sleep that is essential for mental and physical health.3

Sleep is also vital for bone health. In fact, your bones build and repair themselves while you sleep, and a lack of sleep results in a slow-down of bone formation. Chronic sleep deprivation could actually lead to osteoporosis, because healthy sleep is required for your bones to recover from day-to-day wear and tear. If they can’t, then density is lost.

Calcium Is Absolutely Essential For Healthy Bones And Much More

So it makes sense to get plenty of this mineral in your diet. But the kind of calcium you ingest is just as important – in fact, more important – than the quantity.

For example, inorganic, rock-based calcium, such as calcium carbonate, can cause more health problems than it solves and has poor bioavailability.

“Organic calcium” may sound like a contradiction in terms, but when inorganic calcium is taken up by plants’ roots from the soil, it enters the plants’ cells through calcium- permeable ion channels in their plasma membranes. In essence, the calcium becomes an integral part of the (organic) plants.

The calcium in TrueOsteo™ is AlgaeCal, derived from marine algae that grow in pristine waters. And since no mineral works in isolation, TrueOsteo™ contains other ingredients to enhance and augment the action of calcium.

There are 120 capsules in a bottle of TrueOsteo™, which can be opened and sprinkled over food. You can take up to four capsules a day, two in the morning and two in the evening, preferably with your meals. Of course, you can take less, especially if you eat a lot of calcium-rich foods.

There’s more good news! The manufacturers of TrueOsteo™, NatureCity, are offering a 20% discount for Savers placing an order for the first time. All you need to do is enter the coupon code SAVEOURBONES at checkout to receive 20% off your first order.

Please note that NatureCity only ships TrueOsteo™ to the following countries: the US, Canada, the UK, Ireland, Australia, and New Zealand.

Here’s to your strong bones and healthy body!