Fluoride: The Invisible Threat To Your Bones - Save Our Bones

Fluoride: The Invisible Threat To Your Bones 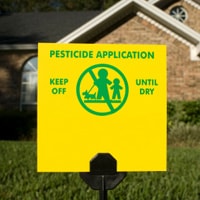 Water fluoridation is seen by mainstream scientists as one of the top achievements in public health. Most dentists and doctors praise the supplementation of municipal water.

However, multiple studies show that fluoride has a direct negative impact on cellular and enzymatic activity, causing a slew of undesirable health effects. From thyroid dysfunction to neurological disorders and brittle bones, study after study has shown that practically no body function is immune to fluoride’s onslaught.

What’s more, because fluoride is a protoplasmic poison – meaning that it changes the permeability of the cell membrane…

Fluoridated Compounds are Used as Insecticides

Water fluoridation began in the 1950‘s. According to the Handbook of Experimental Pharmacology, at the turn of the 20th century sodium fluoride was already widely used to control pests such as cockroaches and poultry lice. New expanded uses were added after the Second World War, at which time fluoridated compounds were actively researched and later continued to be used as insecticides.1

Sodium fluoride is listed in the CAS (Chemical Abstracts Service) Registry with the number 7681-49-4, where it is described as:

You see, multiple studies have shown that a large percentage of the ingested fluoride accumulates in the bones, which leads to bone damage and in some cases, skeletal fluorosis.3

This certainly explains the increase in hip fractures linked to water fluoridation, as shown by a review of 18 studies.3 And while the CDC continues to tout water fluoridation as a success in tooth decay reduction, upon its review of the studies in 1993, the Agency for Toxic Substances and Disease Registry (ATSDR) commented that:

“The weight of evidence from these experiments suggests that fluoride added to water can increase the risk of hip fracture in both elderly women and men. However, questions remain due to issues such as the lack of information on trends in hip fracture and total individual fluoride consumption.” 3

In view of the detrimental effects on your overall health and on your bone health, does it make any sense to drink fluoridated water? The answer is obvious. In fact…

If you have the Osteoporosis Reversal Program, you know this already. And you’ve also read detailed information on this topic in the Osteoporosis Hydration Protocol. But while it’s important to drink non-fluoridated water, I’m also aware from my own experience that it is an inconvenience. I know what it’s like to carry water jugs from the grocery store and to not be in control of your water. That's why…

I Took Control of My Water With the Waterwise 8800 Distiller

Since I vapor distill my tap water with the Waterwise distiler, I hardly ever have to buy water, saving me over $450 in water a year.

But most importantly, I know that my water is in my control – and not in the hands of faceless government employees – who routinely over-fluoridate the water supply. And of course, while any amount of fluoride is too much, most municipalities don't even conform to the CDC's new lowered recommendations. 4

The Waterwise 8800 makes it easier for you to reach your alkalizing goals, thus helping you retain more calcium in your bones, making them stronger and healthier. Distilled water also detoxifies your body because it drags the acidic toxins out. You see, the subtle negative charge in distilled water attracts the positively charged acidic waste products and helps flush them out of the body.

The Waterwise 8800 is the most convenient way to have an endless source of distilled water and as I’ve mentioned before, will save you money in the long run. And..

Now You Can Pay In Four Installments

Waterwise now lets members of our community pay for their Waterwise 8800 in four installments… and still get all the free bonuses (simply select the “Deferred 4-Payment Plan” option at checktout).

I worked closely with Greg Barber, the Vice President of Waterwise, to arrange a unique and special package exclusive only to Save Our Bones community members.

And as you probably know, I rarely recommend machines to the Save Our Bones community. But when I come across something that I know will make your life easier and your bones healthier, I will share it with you… especially since I happen to use this machine every single day.