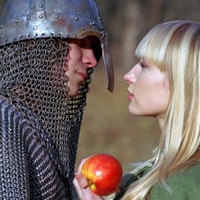 If you’ve been diagnosed with osteoporosis or osteopenia, it is more than likely that your doctor prescribed an osteoporosis drug such as Fosamax followed by the proverbial calcium recommendation.

That’s exactly what happened to me after I was diagnosed with osteoporosis. My doctor also advised me to “drink plenty of milk”. Luckily, I did not follow his flawed advice and instead, I embarked on my own quest to conquer osteoporosis which culminated in the Osteoporosis Reversal Program.

Today, I want to share with you yet another piece of valuable information about a little-known bone health gem. It is vitamin K, best known for its blood clotting functions. In fact, vitamin K gets its name from the first letter of the German word “koagulation.”

If you are taking anticoagulant drugs, your doctor will most probably let you know that vitamin K counteracts the intended effects of your prescription and that you need to discuss with him or her your vitamin K intake. Otherwise, vitamin K is widely ignored by mainstream medicine, even though it is essential to your bone-building capacity.

Vitamin K is related to osteocalcin, also called bone Gla protein, which is a calcium-binding protein synthesized by osteoblasts or bone-building cells. It also works synergistically with vitamin D to regulate the production of osteoclasts, cells that remove old bone so that new bone can be deposited in its place.

In Chapter 3 of the Osteoporosis Reversal Program I write that bones are made up of 65% mineralized collagen and 35% collagen matrix made of minerals and other nutrients. The most prevalent mineral in bones is calcium. The calcium-binding capacity of osteocalcin is activated when it is chemically altered through a vitamin K-dependent process known as carboxylation.

Many scientific studies confirm Vitamin K’s positive effects on bone-building processes. One good example is an article published in the European Journal of Pharmacology by Akiyama and team. The researchers actually identified a process where a form of vitamin K2, a menaquinone known as MK-4, inhibits the formation of osteoclasts (Effect of vitamin K2 [menatetrenone] on osteoclast-like cell formation in mouse bone marrow cultures. 1994).

Interestingly, bisphosphonate drugs attempt to perform a similar function, but fail miserably at matching the well-coordinated performance of vitamin K. Because bisphosphonate drugs damage and distort osteoclasts, while vitamin K helps coordinate the right amount of osteoclast production with other bone cells so as to achieve the appropriate balance.

You see, bisphosphonates are synthetic drugs deprived of a biological role in bone metabolism unlike vitamins and other natural elements. How sad that this crucial distinction is ignored by mainstream medicine!

Another study on vitamin K and fracture prevention had such unexpected positive results that even its lead author, Dr. Angela Cheung, touted it “surprising”. (Vitamin K Supplementation in Postmenopausal Women with Osteopenia [ECKO Trial]: A Randomized Controlled Trial. 2008). Published in the journal PLoS Medicine, the study involved 440 postmenopausal women diagnosed with osteopenia.

Half of the participants were given a vitamin K1 supplement and the other half took a placebo for two years, with 261 continuing for two more years. While bone density scans showed equal bone loss in both groups, over the four year study period more than double the women who took the placebo suffered fractures compared to the group that took the vitamin K. But unfortunately…

Typical of the complete disregard for natural health solutions in mainstream medicine and despite her excellent study results, Dr. Cheung is skeptical. She writes that it is “premature” to recommend vitamin K to osteoporosis patients. And Dr. Roberto Pacifici, director of the division of endocrinology at Emory University in Atlanta, commented on the same study in a WebMD interview that he was unimpressed with the results and that “people should not go out and buy vitamin K because of this study.” But why not? Especially since…

It seems that most doctors have conveniently forgotten about the Nurses' Health Study that followed 72,327 registered nurses for ten years. This is one of the largest research projects showing that nurses with the lowest vitamin K intake had a 30% higher risk of hip fracture than those with the highest vitamin K intake (Feskanich D. et al. “Vitamin K intake and hip fractures in women: a prospective study”. American Journal of Clinical Nutrition. 1999). The median vitamin K consumption for this study was 169 micrograms per day, all derived from foods sources rather than from supplements. Diane Feskanich writes that this “…suggests the need for a higher vitamin K requirement than the current recommended dietary allowance…”

Just because doctors turn their back on such an excellent bone health vitamin, it doesn’t mean that you should too. So am giving you the…

All varieties of vitamin K are fat-soluble and belong to a chemical category called naphthoquinones, but there are two basic types of vitamin K. Phylloquinones, or vitamin K1 which is made by plants and menaquinones or vitamin K2 synthesized by intestinal bacteria.

Unlike vitamin K1, vitamin K2 does not concentrate in the liver. The body stores only limited amounts of vitamin K in the liver, so it is important to have enough bio-available K2 in the body.

The richest dietary sources of K1 are green leafy vegetables, such as spinach, Brussels sprouts, green beans, asparagus, and broccoli. Green peas, romaine lettuce, and bell peppers are some of the less concentrated but still very good sources of this vitamin. Even spices such as fresh parsley, oregano, thyme, basil, black and cayenne pepper are rich in vitamin K1.

Even though it is fat-soluble, there is no documented toxicity with high doses of vitamin K, with the exception of synthetic K3 or menadione, which I do not recommend.

The Adequate Intake (AI) for vitamin K for adult women is 90 micrograms and 120 micrograms for men. To give you an idea of what a low level this is, one cup of boiled spinach has 889 micrograms of vitamin K1.

If you are following the Osteoporosis Reversal Program it is really easy for you to get enough vitamin K1. However, for maximum bone-building benefits I recommend you add a K2 supplement to your dietary intake.

The best natural source of vitamin K2 is derived from fermenting a unique form of soy known in Japan as natto. If you are on anticoagulant medication, it doesn’t necessarily mean that you won’t be able to supplement vitamin K, but you should consult with your doctor.

Are you already taking a vitamin K supplement? Will you start now? Share your thoughts with us by leaving a comment below.