An Easy Way To Get More Vitamin D - Save Our Bones

An Easy Way To Get More Vitamin D 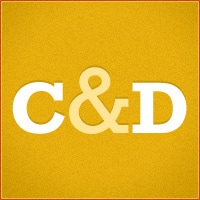 The year 1990 was marked by turmoil and instability in the Soviet Union. But that did not deter three Soviet scientists from discovering for the ﬁrst time ever a surprising, and until then unknown link between two of the most popular vitamins.

Led by Igor Sergeev, the study revealed that Vitamin C or ascorbic acid, plays a critical role in Vitamin D metabolism.1 As you know by now, both are Foundation Supplements that help build and nourish your bones, each in their own different ways.

And thereʼs more to this discovery, since the researchers also conﬁrmed that…

Both Vitamins Work as a Team!

This study further conﬁrms the importance of looking at nutrition and supplementation as a whole rather than in isolation of each nutrient. When was the last time your doctor recommended you take Vitamin C for your bones? I know the answer: “never”. Chances are, your doctor only mentions calcium, after the osteoporosis prescription drugs, of course.

Worse, if you ever complained of minor – or not so minor – aches and pains, your doctor may have suggested you take non-steroidal anti-inflammatory drugs (NSAIDs). Whether over-the-counter, such as ibuprofen and aspirin, or prescription medicines such as Celebrex, it turns out that…

Several studies have conclusively shown that NSAIDs have a negative impact on Vitamin C. One such study, which dates back to 1982, revealed that while one single 500 mg dose of Vitamin C effectively elevated serum ascorbic acid levels, when combined with 900 mg of aspirin, the increases were not observed.2 In other words, just one dose of aspirin completely blocked the Vitamin C.

Granted, 900 mg is a pretty hefty aspirin dose, but logic dictates that even at smaller doses, there would be some degree of Vitamin C blockage. And we need all the Vitamin C we can get both for our bone health and for our overall health, and to help maintain desirable Vitamin D levels.

Protect Your Bones and Your Health: Avoid NSAIDs

Knowing this, you have very good reasons to: