Beyond Bone Health: Amazing Secrets Of The Save Our Bones 80/20 pH-Balanced Diet 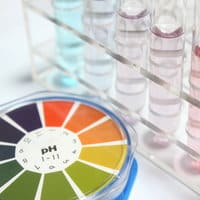 An amino acid called methionine, found largely in animal protein, is a key player in the 80/20 pH balance. Too much can cause bone damage, yet a moderate amount is necessary for building strong bones.

This ties in with the pH-balanced diet (80% alkalizing, 20% acidifying foods) at the heart of the Osteoporosis Reversal Program.

In today’s post, we’re going to explore the role of methionine and how it relates to the 80/20 diet and your bone health. I also share several exciting studies that reveal little-known confirmed benefits of the methionine-restricted 80/20 pH-balanced diet.

Certain foods have either an alkalizing or acidifying effect on the body. It has little to do with the food’s actual acid content before it is consumed. Rather, it has to do with the pH of the food after it goes through the digestive process, namely, the ash residue. In fact, to determine a food’s pH, it’s burned in a process similar to digestion, and then the pH of the ashes is measured.

This indicates how the food will act in the body. If the majority of your diet is made up of acidifying foods (as in the typical Western diet), then your body’s buffering system is quickly depleted. Alkalizing minerals, mainly calcium, are pulled from your bones to neutralize the acidic environment. This sets the stage for osteoporosis, but it does not mean acidifying foods are bad. In fact, some of them have valuable nutrients, like methionine.

When the body metabolizes protein, it breaks it down into individual amino acids, including methionine. Excess methionine gets further broken down into bone-damaging homocysteine.

Homocysteine hinders the formation of collagen, a flexible protein that gives bone its tensile strength. This may be why high levels of homocysteine are associated with an increased risk of hip fractures.

Methionine is found in large quantities in acidifying animal protein. But this does not mean it’s “all bad,” or needs to be avoided altogether. I’ll explain.

Why You Need Some Methionine

The Osteoporosis Reversal Program nutritional plan is an approximate 80/20 ratio, as described above. It’s easy to forget the 20% and assume that you should avoid acidifying foods altogether. So it’s wise to make that 20% count by including nutrient-dense Foundation Foods, like grass-fed beef, eggs, or wild-caught salmon.

These are examples of methionine-rich foods, and moderate amounts are beneficial – even essential. Here’s why.

Methionine Is Required To Manufacture Cysteine

Methionine is a precursor of cysteine, which in turn, is a precursor to glutathione, the Master Antioxidant, making it a pivotal nutrient in the fight against oxidative damage to your bones, liver, and kidneys.

Healthy kidneys and liver are absolutely crucial for strong bones. Your kidneys play a central role in the alkalization process, and your liver is your primary organ for detoxification (the kidneys also detoxify).

Most importantly, liver cells convert methionine into cysteine, which, as noted above, is essential for the manufacture of glutathione.

In fact, a deficiency in cysteine can contribute to the signs and symptoms of aging, and research shows that cysteine reverses many signs of the aging process.

But remember that excess methionine gets converted into homocysteine, which actually damages bone.

Speaking of the aging process…

A study shows that rats fed a restricted protein diet exhibited decreased production of free radicals (also known as reactive oxygen species, or ROS) and low rates of oxidative damage to the liver and mitochondrial DNA. Most notably, protein restriction increased their longevity.1

Interestingly, no such benefits were observed when rats were fed low-carb or low-fat diets in this study, which further confirms the Program’s emphasis on nutritious carbs (fruits and vegetables) and healthy fats to balance the diet.2

The evidence is clear: restriction of animal protein and not complete avoidance (as recommended in the Program) makes for the optimal amount of methionine in your system.

Building on this research, another study explored ROS production and oxidative stress in the brains and kidneys of rats. Two groups of rats were fed diets that were the same except for the methionine content – one group was fed a diet that contained 40% less methionine.

Specifically, researchers noted a decrease in apoptosis inducing factor (AIF) in the brain in rats that were fed the 40%-reduced methionine diet. AIF is a protein that triggers DNA fragmentation in the cell, triggering the cell’s death.

“We conclude that methionine is the only dietary factor responsible for the decrease in mitochondrial ROS production and oxidative stress, and likely for part of the longevity extension effect.”3

Cleansing the body of toxins and boosting antioxidant levels are essential steps in bone rejuvenation because both reduce oxidative damage. As the scientific evidence shows, decreasing the production of free radicals (ROS) is vital for optimal brain, kidney, and liver health. This in turn helps build healthy bones, because functioning detoxification organs keep free radicals at bay.

Because of their role in detoxification and maintaining and managing the body’s acid/alkaline balance, healthy kidneys are absolutely essential for stronger bones.

Unlike the Establishment’s approach, which targets an isolated process (such as bone remodeling) through artificial intervention via toxic and often dangerous synthetic drugs, the Osteoporosis Reversal Program takes the whole person into account and builds health from the inside out.

The research is clear: when you build your bones through the 80/20 diet, you’re “sowing” health into every body system, and you can look forward to a plentiful “harvest” of amazing benefits.

Once again, Savers are ahead of the curve!