How The Master Antioxidant Protects Your Liver And Rejuvenates Your Bones 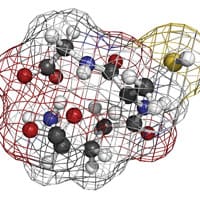 I always find the interconnected nature of our bodies to be extremely intriguing. If one aspect or system is not functioning correctly, it affects the rest of the body, including your bones.

Today’s post reveals a perfect example of this phenomenon.

It has to do with glutathione, the Master Antioxidant that Savers already know protects bones from oxidative damage. But what’s rarely mentioned is that glutathione is also crucial for the proper functioning of a vital organ that plays a major role on your bone health.

Your Liver Is Vital To The Health Of Your Bones

Your bones can’t rejuvenate and flourish if your liver is not functioning well. The liver is one of the primary detoxification organs and in this modern world, it’s inevitable that your system is bombarded with chemicals and other acidifying toxins every day. Your liver filters these harmful substances out of your blood and protects your bones from toxic substances.

But your liver is important in lesser-known but very crucial ways. In fact, it manufactures and synthesizes certain nutrients and compounds that are essential for bone mineralization and integrity.

An enzyme called Bone Alkaline Phosphatase (also known as isoenzyme ALP-2) is manufactured in your liver. This enzyme has a pH of 10, so it’s extremely alkaline. It helps osteoblasts build bone, and Vitamin D performance depends on it.

Speaking of Vitamin D, Savers know how vital this fat-soluble vitamin is to bone health, and it’s made in the liver. More correctly, the precursor to Vitamin D is manufactured in the liver. Then, when your skin is exposed to sunlight, this precursor is converted to Vitamin D3. Then it’s back to the liver where the D3 is synthesized into a hormone.

And that’s not all. Vitamin K, the seldom-mentioned by crucial vitamin for bone building, is a cofactor in a calcium-binding process called carboxylation, which takes place in your liver. And Vitamin K works in synergy with Vitamin D3 to regulate osteoclast production.

So it’s absolutely crucial that your liver be in top shape if you want to reclaim younger, healthier bones.

The Seldom-Mentioned Connection Between Glutathione And Your Liver

Glutathione protects your liver, and research shows that it “plays a key role in the liver in detoxification reactions.”1 More research sheds light on how glutathione aids the liver.

Glutathione actually exists in two forms, the most prominent one being GSH (thiol-reduced), which is found in nearly every cell in the body. GSH’s main function is to detoxify xenobiotics and the byproducts of their metabolism.2 A xenobiotic is an unnatural chemical substance that is foreign to the body, including prescription drugs. Interestingly, the liver contains the highest amount of GSH of any organ in the body.

Liver cells have the ability to convert an amino acid called methionine into cysteine, which is a precursor of glutathione.

According to a 2011 study, “in the liver, major factors that determine the availability of cysteine are diet, membrane transport activities of the three sulfur amino acids cysteine, cystine and methionine, and the conversion of methionine to cysteine via the trans-sulfuration pathway.”3

We’re going to discuss more about the role of diet in glutathione levels later, but first I want to share some incredible discoveries about this antioxidant as it relates to aging.

Building on a 1998 study that showed higher levels of active glutathione in centenarians (individuals aged between 100 and 105) as compared to those who were 60-79 years of age.4

Four years later, researchers revisited this subject and evaluated 87 healthy women aged 60 to 103. Their conclusion after 5 years of observation: high concentrations of glutathione in the blood are characteristic of long-lived women.5

Of course, learning how miraculous this antioxidant is begs the question…

How Can I Get More Glutathione In My System?

Simply put, glutathione levels can be increased by the intake of certain nutrients and by regular exercise. I’ll explain.

Your body manufactures glutathione, but it needs certain nutrients to do it. If you’re following the Osteoporosis Reversal Program, you’re already ahead of the game. Let’s take a look at some of the Program’s Foundation Supplements that specifically aid the liver.

In addition, there are Foundation Foods rich in these and other nutrients that boost glutathione production:

I know that Savers are already doing more to boost their glutathione levels, such as…

When researchers studied glutathione levels of individuals who had engaged in exercise, they found that their levels of the Master Antioxidant had increased.6 The key is moderate, regular exercise rather than exercise that is intense and strenuous.

Boost Your Liver Health For Optimal Glutathione Levels And To Build Your Bones Faster!

As you take in these vital nutrients and exercise regularly, you’ll want to make sure your liver is cleansed of toxins to make the most of these Master Antioxidant building blocks and to accelerate your bone building results.

It’s not as difficult as you think. In fact, it’s not difficult at all. With OsteoCleanse™, the 7 Day Bone Building Accelerator, you’ll discover that your liver (and therefore your entire body) can undergo a thorough cleanse in 6 steps over just 7 days.

Steps 1-4 involve cleansing with key foods, beverages, and breathing techniques. And Step 5 is perhaps the easiest: Cleanse by Avoiding. You’re given a list of substances to steer clear of during the cleanse so your liver doesn’t have to work to process them.

I invite you to read more about this amazing cleanse that’s so easy yet highly effective. Please click here to learn more.