How To Build Your Bones While Boosting Your Immunity 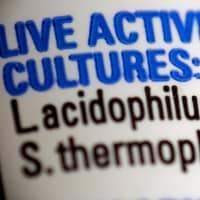 Autumn is just around the corner in the Northern Hemisphere. Evening comes a bit earlier each day, the air is beginning to cool, and there’s the barest hint of color on the leaves. In contrast to the seasonal change, one thing has definitely stayed the same: the scare tactics used by the Medical Establishment around this time every year.

Because cold and flu season is also around the corner, doctors and pharmacies are already promoting the flu shot in some areas.

Not only is the flu shot toxic, but it doesn’t even work, and can actually increase your risk of developing flu.

The Two Most Important Steps to Prevent Colds and the Flu

The key to preventing the flu doesn’t lie in vaccinations; it lies in a healthy and strong immune system. Fortunately, there are safe and natural ways to boost your body’s own defenses.

And the good news is that these immune-boosting tactics are also bone-builders.

As cold and flu season gets underway, the last thing you want is to increase your toxic load so that your immune system can’t fend off viral invaders and germs.

This is the first step toward health in the upcoming season. The second step is to build your immune system so that it’s strong and able to ward off pathogens.

When you get the flu shot, you’re adding to your body’s toxic burden. How ironic! So avoiding the flu vaccine altogether is a simple step you can take to keep from burdening your body’s defense system.

Don’t be fooled: the flu shot contains toxic ingredients, like preservatives and stabilizers. When I randomly searched for the ingredients in two popular flu vaccines, here are a few of the frightening substances I discovered:

And remember, these are just a few of the ingredients in only two flu vaccines.

Your immune system fights all the time on your behalf, and your body is the battlefield. Don’t go into battle unarmed – give your immune system the “weapons” it needs to keep the “enemy” from invading.

It Starts in the Gut

This might surprise you: much of our immune system activity takes place in the digestive tract. A complex interplay between pathogens (disease-causing viruses and bacteria) and healthy, good bacteria goes on in your belly all the time, and what you eat can an influence on who will win.

Incredibly, the balance between good bacteria (probiotics) and pathogenic microbes can be altered by diet. For example, nourished by prebiotics, probiotics in the gut work to fend off invaders. I’ll explain.

Prebiotics are micronutrients found in foods like onions, tomatoes, bananas, barley, chicory, and artichokes. They act as “food” for the probiotics, or good bacteria, that are also in your gut. Without the prebiotic substances, the helpful bacteria die, leaving you vulnerable to illnesses like colds and flu.

Nourish and Replenish the Good Bacteria While Building Your Bones

The prebiotic-containing foods mentioned above are bone-healthy, and in fact, many of them are Foundation Foods as described in the Osteoporosis Reversal Program. So “feeding” your good bacteria nourishes your bones, too.

In addition, replenishing the helpful microbes in your gut with bone-healthy foods like plain, unsweetened, preferably organic yogurt (another Foundation Food) helps keep the good bacteria count high and your bones strong. Fermented foods are alkalizing (even if it’s a fermented form of an acidifying food, like milk), and are chock-full of these tiny but mighty immune-building weapons.

Probiotics like those found in yogurt actually stimulate the production of cytokines, special cells that increase the body’s inflammatory immune response.1 In addition, these good bacteria increase the number and effectiveness of white blood cells.2

Benefits of Probiotics Go Beyond the Belly

As we’ve discussed, healthy intestinal flora affect far more than just your digestive system. But researchers are discovering that there’s even more that these amazing microbes do to keep you healthy. In fact, a fascinating new study has recently come to light that links…

Actually, it’s a lack of probiotics that apparently comes into play in obesity and its attenuating health problems, such as diabetes and heart disease.

The Danish study explored the gut flora of 292 people, 169 of them obese and the other 123 of normal weight. Researchers discovered that those with a large number and rich variety of good bacteria were less likely to be obese than those with fewer, less varied flora. There were a few obese people who did have a high number of good bacteria, and they were less likely to develop obesity-related illnesses (such as heart disease) than the obese people with low numbers of flora.3

Researchers isolated good bacteria that appear to be the “masterminds” behind promoting bacterial diversity in the gut.

It seems that probiotics are more valuable to human health than we’ve ever realized!

“‘The bacteria produce vital vitamins, mature and strengthen our immune system, and communicate with the many nerve cells and hormone-producing cells in the intestinal system,’ says Oluf Pedersen, professor and scientific director at the Faculty of Health and Medical Sciences, University of Copenhagen. ‘And, not least, the bacteria produce a wealth of bioactive substances which penetrate into the bloodstream and affect our biology in countless ways.’”3