Is Sugar Toxic For Your Bones? - Save Our Bones

Is Sugar Toxic For Your Bones? 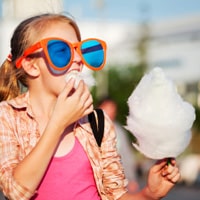 Did you know that until the 20th century, table sugar, also known as sucrose, was considered a condiment? It's true! Most people consumed very little sugar back then. But that has drastically changed. According to the USDA’s recent data:

Besides all the known health problems caused by high sugar consumption, few mention its damaging effect on cartilage tissue. Cartilage is what gives bones their solid structure, so it is obvious that if you want healthy bones, you must maintain cartilage health.

I’ve already explained here one of the mechanisms by which sugar erodes cartilage, so if you haven’t yet, I urge you to read it. But unfortunately, there are…

Calcium Depletion: studies have shown that consuming excessive quantities of sugar caused a large urinary calcium excretion increase, both in healthy study subjects and in those who were prone to kidney stones.2 This is not surprising, since sugar is a highly acidifying food.

Increased Cortisol Levels: excess cortisol levels have a negative impact on bone health. And if you have the Osteoporosis Reversal Program, you already know the 13 best ways to lower your cortisol levels. While cortisol levels are typically increased by stress, a study by Dr. Yudkin, a British physician and sugar researcher, found that eating too much sugar also increases cortisol levels.3 His findings were later corroborated in a study on hamsters, where even with adequate calcium intake, they developed osteoporosis on a high sucrose diet.4

But Fruits and Some Vegetables Have Sugar!

When I refer to sugar, it’s about processed and refined sugar, such as sucrose and High Fructose Corn Syrup (HFCS). Fruits contain sugars, including fructose, but they are also rich in fiber, which slows down the release of the sugar molecules. It’s about both quantity and quality.

The bottom line is that to have strong and healthy bones, your best bet is to keep your processed sugar consumption to a minimum.

Here are three easy ways to use less sugar:

Yes, you can do that, and it’s easy. You see, our taste buds renew themselves every 10 days to two weeks, so once you start reducing the amount of sweets you eat, your “new” taste buds won’t remember that you liked sweets! I’ve done it, and now shun anything that’s really sweet.

It’s alkalizing, delicious, and has nutrients. Use in moderation.

Sugar and most other sugar substitutes are acidifying. Stevia, the plant-derived sweetener, is one exception.

Stevia is great-tasting sugar substitute and I recommend it.

And here’s a delicious and bone-healthy treat recipe which contains stevia:

Preheat oven at 325º. In a small bowl, whisk an egg white until frothy. Add the remaining ingredients except for the almonds. Mix until well blended. Add the almonds and stir to coat them with the egg white mixture. Coat a baking sheet with cooking spray. Spread the almonds on to the baking sheet. Bake for 15-20 minutes until the coating has set and becomes crisp. Cool, then break apart before eating. Store in an airtight container.