Is Your Cell Phone Zapping Your Bone Density? - Save Our Bones

Is Your Cell Phone Zapping Your Bone Density? 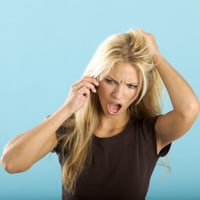 We’ve certainly come a long way with technology – especially in the last couple of centuries. Our quality of life has greatly improved thanks to clever inventors who are constantly seeking new ways to get things done as quickly and efficiently as possible.

But sometimes those very same advances can bite us back, unless we keep our eyes wide open. And that is the case with the potential dangers of cell phone use. A recent report by the World Health Organization’s International Agency for Research on Cancer (IARC) has classified radio frequency electromagnetic fields – the type of radiation emitted by cell phones – as “possibly carcinogenic to humans, based on an increased risk for glioma, a malignant type of brain cancer.”1

This is pretty scary news, especially given the ubiquity of cell phone use these days. Many of us depend on cell phones for business and to stay in touch with friends and family. In fact, there’s a growing trend where people are eliminating their land lines altogether and using cell phones instead.

So how seriously should you take this news and what does this mean for you?

The Save Our Bones Community is Way Ahead of the Curve

Almost a year ago, in a blog post titled “3 Simple Lifestyle Secrets to Improve Your Bone Density”, I wrote about a study that showed a reduction in bone density among men who attached their cell phones to their belts. That study alone should have been enough for you, as a member of The Save Our Bones community, to take precautionary steps against cell phone radiation, if for no further purpose than to protect your bone density.

As the new findings show, the research that’s been done so far is the tip of the iceberg, so we can expect more study results on electromagnetic fields coming up in the near future. But even with the information we have available today, it makes sense to get serious about limiting your exposure to radiation as much as possible.

While there’s no need to panic, the data indicate that we should definitely be taking steps to use cell phones wisely. The IARC report concludes that:

“…It is important that additional research be conducted into the long‐term… Pending the availability of such information, it is important to take pragmatic measures to reduce exposure such as hands‐free devices or texting.”

There have been concerns and warnings about cell phones since the late 1990’s, but this is the first time they’ve been corroborated by the WHO, which has in the past stated that cell phones presented no health risk. The fact that this conservative, mainstream body is changing its tune is clearly a red flag.

Is the Cell Phone Industry Complicit in Denying this News?

The cell phone industry is huge; there are currently more than 5 billion cell phone contracts worldwide, and the industry obviously has a lot to lose. According to Devra Davis, President of the Environmental Health Trust, the industry may fear that the negative health implications linked to frequent cell phone use will ultimately decrease the number of subscribers.

In her book titled Disconnect: The Truth About Cell Phone Radiation, What the Industry Has Done to Hide It, and How to Protect Your Family, she writes that “There's a sense that, if you understand you need to be careful using a cell phone, some people might not use them at all.”

Interestingly, there are warnings on most cell phones, but they’re in extremely fine print, so hardly anyone reads them. Here’s one example:

“Use hands-free operation if it is available and keep the device at least 0.98 in. (25 mm) from your body (including the abdomen of pregnant women and the lower abdomen of teenagers) when the device is turned on and connected to the wireless network.”

Amazing! How many people were aware that cell phone should be kept about an inch away from the body at all times? Not many, I’ll bet.

If You Haven’t Yet, Minimize Your Exposure

Here are some tips for safe cell phone use:

This handy tool shows how much radiation is emitted by the most popular phones (but be aware that even a low radiation phone can be risky if used in less than optimal conditions). Use it to find out how much radiation your phone emits and if you're in the market for a new phone, try getting one that has a low rating:

Since early history, we’ve been making tools to improve our quality of life. As technology advances by leaps and bounds, we should remain alert of its potential health consequences.

I believe that so long as we are aware of the possible problems, we can outsmart the risks and enjoy the convenience of new inventions.

Cell phones are the perfect example, so stay ‘connected’, informed, and enjoy the fruits of our inventive creativity.