Negative Side Effects Of Reclast - Save Our Bones

Negative Side Effects Of Reclast 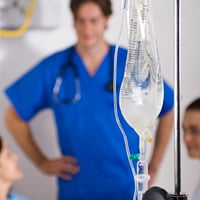 In some ways, it seems a bit redundant to talk about the “negative side effects” of Reclast – after all, even the short-term, positive side effects (such as high scores on bone density tests) are ultimately negative. By forcing density, all osteoporosis drugs eventually cause bone to become too hard and prone to breakage; by preventing the normal wearing down and re-building of bone, these drugs “force” your bones to hold on to old bone cells. This negatively affects your bones’ integrity.

From another angle, Reclast is not the first osteoporosis drug to induce negative side effects. In fact, most of these drugs, particularly the bisphosphonates, are essentially the same. Yet the drug companies introduce “new” ones like they are somehow an entirely different option. Maybe this is because the drug companies know that patients are clamoring for safer alternatives to existing osteoporosis medications, given the negative side effects of all these drugs.

A Drug by Any Other Name…

Big Pharma only has so many hands to play in their drug-manufacturing card game. They come up with variations of dosage and form, but the danger and risk are still there. A good example of this is the way Reclast and Zometa are marketed.

Zometa is used as a cancer treatment, specifically to prevent bone complications in female cancer patients.

Many osteoporosis patients have no idea that these two drugs are, in fact, the same thing: Zoledronic acid. The only difference is that Zometa is given in 4mg doses, whereas Reclast is given in 5mg doses. Both are administered intravenously.

Why subject your body to such drastic medication for osteoporosis? It’s not even a disease!
There’s just no sound medical reason to use a drug as powerful as Zoledronic acid to treat osteoporosis, no matter what the drug is called. Osteoporosis is not a deadly disease. In fact, osteoporosis is the result of an imbalanced system, and that balance can be restored when you follow the Osteoporosis Reversal Program.

The negative side effects of Reclast are just so numerous and serious that it’s impossible to justify the risk of taking such a medication for a non-disease. Instead, nourish your bones and enhance your health through Save Our Bones. It’s scientifically-proven and completely free of drugs. It’s the safe alternative to medication that osteoporosis patients have been seeking.