The 6 Bone-Healthy Foods with a ‘Shady’ Reputation 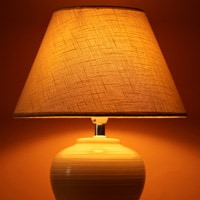 You are probably aware of a group of vegetables known as “nightshades,” which continue to be the subject of controversy. So you could be asking if they are healthy or harmful to your bones.

And that’s not surprising, since even the name of the plants – nightshades – sounds a bit dubious. After all, Deadly Nightshade is an often fatally toxic wildflower, and some people do have sensitivities to foods in this group. So it’s understandable that nightshades arouse suspicion.

But there’s no need to be suspicious of these nutritious vegetables. Instead, you can learn the truth and discover the facts about these controversial foods. That’s what we’re going to explore today.

The nightshades are members of the Solanaceae family. Aside from the fancy name, they are very common foods, which include:

Farmers in the 18th century learned that the leaves and stems of tomato plants (grown as an ornamental at that time) were fatal to certain livestock, so the tomato fruit was considered to be poisonous too.

The eggplant, also originally grown as a decorative plant, earned the nickname “mad apple” in the Mediterranean for its alleged psychotic effects. Potatoes exposed to sunlight develop a green color under their skins, indicating the presence of solanine, and are therefore considered too toxic for human consumption.

Why the Poisonous Reputation?

Members of the nightshade group do contain compounds called oxalates (oxalic acid) and alkaloids. And as noted above, the leaves and stems of nightshades are toxic. But oxalates and alkaloids may not be the villains that many people think they are. I’ll explain.

For instance, nightshade vegetables are not very high in oxalates, compounds which are said to bind to calcium in the gut, therefore inhibiting calcium absorption. So the alkalizing effect of the nightshades may offset this, since it protects bones from being depleted to compensate for an acidic body environment.

Alkaloids may sound healthful since the word is close in nature to alkaline, but alkaloids are actually substances plants produce to ward off predators like insects. Solanine, mentioned above, is a type of alkaloid found in potatoes (producing that green color just under the skin). The other nightshades also contain alkaloids.

On the Other Hand, Many Nightshades are Touted for Their Healthful Benefits

The flipside of nightshades is that they contain important nutrients. For example, tomatoes (especially when cooked in olive oil) contain lycopene, an antioxidant that protects against free radical damage and also stimulates the production of osteoclasts.

Eggplant is an alkalizing Foundation Food listed in the Osteoporosis Reversal Program and it’s full of bone-healthy manganese and antioxidant phytonutrients. Potatoes are also an alkalizing, nutritious Foundation Food when eaten with the skins, and are an excellent source of potassium.

Bell peppers are a rich, alkalizing source of Vitamin C and silicon, Foundation Supplements that are vital for bone health.

You can see the problem here. There is a great deal of conflicting information mixed in with centuries-old superstition, making the nightshades seem shady indeed. But taking a closer look, we can see some common-sense truths beginning to emerge.

First, nightshades do not all contain toxic levels of alkaloids. In fact, the alkaloid levels in nightshade veggies are quite low. But in certain sensitive individuals, nightshades can induce digestive upset and even joint pain. That’s where some of the confusion arises – just because some individuals react to the alkaloids does not mean that nightshades as a group are toxic.

Cooking these vegetables also reduces their alkaloid content by nearly 50%.

The bottom line is, if you are not sensitive to the compounds found in nightshades, there’s no reason not to include moderate amounts of these vegetables in a bone-healthy diet. They are alkalizing foods with many important nutrients that build bones.

What About Nightshades and Arthritis?

It’s true that the nightshades have a reputation for worsening (or even causing) arthritis and joint pain. I would urge anyone with arthritis to exercise caution regarding nightshades. If you suspect that this group of vegetables is aggravating your joints, you may want to stop eating them for a few weeks and see if it makes a difference in how you feel. There are plenty of other bone-boosting, delicious foods in the the Osteoporosis Reversal Program, so you will not lack variety or health benefits.

Cessation of nightshade consumption is just one natural approach to relieving arthritis pain.

So Should You Eat Nightshades or Not?

As in so many things, the key is moderation. Feel free to enjoy nightshades if you don’t suffer any ill effects. Just don’t eat them three times a day every day, a surprisingly easy thing to do considering nightshades’ prevalence in our modern diet. For example, it’s not uncommon to have some form of bell pepper, tomato, and potato for breakfast (hash browns), lunch (tomato/pepper salsa), and dinner (eggplant Parmesan and salad with bell peppers).

If you’re following the Osteoporosis Reversal Program, you’re familiar with the concept of balanced meals. No foods are off-limits, but acid-forming foods are balanced with alkalizing ones to produce healthful meals and snacks that build up your bones. The Osteoporosis Reversal Program does not recommend large amounts of one or two “miracle foods” or a disproportionate emphasis on certain categories of foods.