Amazing! 3 Exceptional Foundation Supplements That Are Indispensable To Your Bones - Save Our Bones

Amazing! 3 Exceptional Foundation Supplements That Are Indispensable To Your Bones 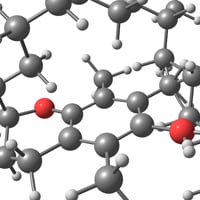 Today’s post is about three seldom-mentioned minerals, all Foundation Supplements, that play a vital role in your bone health.

Here’s what’s so special about them.

In addition to building bone mineral density and improving both bone strength and microstructure, these minerals play a vital role in the synthesis of Superoxide Dismutase (SOD), a critically important antioxidant that protects your bones.

Today, you’ll not only learn all about these bone-healthy nutritional powerhouses. You’ll also get a 100% alkalizing scrumptious recipe featuring the one food that contains all three minerals. And the best part is that you can prepare it in just minutes.

Manganese, zinc and copper are presented as a trio, because they play into the “big picture” of bone health. This is in sharp contrast to the conventional medical approach, which is to isolate a nutrient or substance and recommend it on its own, meaning, in total isolation of other nutrients.

You certainly already know that for osteoporosis and osteopenia, doctors typically recommend calcium (sometimes with Vitamin D) – but usually, they recommend the wrong kind, such as calcium carbonate and Vitamin D2 or ergocalciferol.

Manganese, zinc, and copper work together and influence other biological processes. As mentioned earlier, they are excellent bone-building minerals, and they also make up the very important antioxidant called Superoxide Dismutase (SOD).

Superoxide Dismutase: The Antioxidant Your Bones Can’t Do Without

When your body makes energy from nutrients, it does so via cellular respiration. This biological process allows cells to release stored energy in the form of glucose, which is then used to produce ATP. It’s an amazing process, but it produces damaging oxidized molecules called free radicals (so-called because they have an unpaired, or free, electron which they must “rob” from intact molecules, thereby creating more free radicals).

To counteract this, your body uses antioxidants to disarm the free radicals by donating an electron, chelating metal ions, and other complex mechanisms. Antioxidants are referred to as “your undercover bone builders” in the Osteoporosis Reversal Program, and for good reason. Free radicals have the potential to cause oxidative damage to all tissues in the body, including bone cells. They must be stopped for your bones to build and flourish.

All antioxidants are anti-inflammatory, but SOD, an enzymatic antioxidant, is especially effective because it catalyzes the most common, abundant free radicals of all: peroxide and superoxide. Manufactured by the body, SOD accomplishes this via dismutation.

Dismutation is a specific type of a more general type of chemical reaction referred to as disproportionation. What happens in dismutation is the simultaneous oxidation and reduction of a substance. For example, when SOD dismutates superoxide, it breaks it into two different products, hydrogen peroxide and oxygen. You can clearly see the breakdown when the process is written as a chemical formula:

That’s how the free radical superoxide is dismantled.

What does all this have to do with the three Foundation Supplements? Here’s where it gets really fascinating, so I’ll explain…

How The Manganese, Zinc, And Copper Trio Come Into Play

SOD is both intracellular (inside your cells) and intercellular (between cells). Intracellular SOD exists in the cell’s mitochondria, which is where cellular energy is produced. Its molecular structure includes manganese (MnSOD), and the structure of intercellular SOD includes copper and zinc (CuZnSOD). That’s where the trio comes into play in your body’s antioxidant defense system: these three minerals literally make up the chemical structure of SOD.

Now you can see how crucial these minerals are for your bone health. Even a small deficiency can throw off the SOD activity in your body.

A University of Iowa study review emphasized the role of manganese in protecting the body against oxidative stress. “The delivery of MnSOD to the mitochondrial matrix is essential for organelle function,”2 the researchers write. They further note that MnSOD is primarily responsible for the regulation of O2 concentration in the body. Researches conclude that,

“Manganese Superoxide Dismutase is the primary antioxidant enzyme which can protect cells from oxidative damage by catalyzing dismutation of O2 to H2O2 and O2,”2

An animal study from the University of California’s Department of Nutrition supports the importance of dietary manganese in regulating the action of MnSOD.

This study also shows the vital nature of SOD by pointing out compensatory mechanisms your body has in place to make up for deficiencies in any of these three minerals.

“A deficiency of copper brought about a decrease in Cu-ZnSOD with a compensatory increase in MnSOD activity, such that total cellular SOD activity remained constant.”3

Thus, when faced with a deficiency of copper, zinc, or manganese, your body must pull these minerals from somewhere else to keep SOD levels constant. That means your bones aren’t getting enough of these minerals, and they do play other roles in bone health.

As mentioned earlier, these minerals are Foundation Supplements in the Osteoporosis Reversal Program. Besides their role in regulating and manufacturing SOD, these minerals help your bones in other ways.

The Mineral Trio And Your Overall Health

Scientists have found that increasing SOD levels with supplements simply doesn’t work. Unfortunately, SOD-rich foods don’t seem to increase its levels, because this antioxidant is quickly destroyed by stomach acid and doesn’t survive the digestive process. But (not surprisingly) all of the foods that contain good levels or SOD are bone healthy, and many of them are actually Foundation Foods, so it’s a great idea to include them in your bone-healthy diet.

Since your body manufactures its own SOD, you should also consume foods with SOD-building nutrients, namely the Foundation Supplements manganese, copper, and zinc.

Pumpkin seeds contain excellent levels of manganese,copper and zinc (they’re also listed as a Foundation Food in the Osteoporosis Reversal Program for all three minerals).

Now here’s a 100% alkalizing recipe for a delicious dish that includes pumpkin seeds. You can enjoy it for breakfast, dessert, or even as a wholesome snack. (Remember that while yogurt is a dairy product, it’s alkalizing due to its fermentation and the presence of healthful bacteria.)

So Now That You Know This, What Should You Do?

1. Try to eat as many foods as possible that contain zinc, copper and manganese to promote endogenous SOD synthesis. A great way to do this is to follow the Osteoporosis Reversal Program, because many more Foundation Foods for these minerals are listed in there. You'll even get a handy cut-out Foundation Food checklist you can take to the grocery store with you.

2. Cook many dishes that contain these three bone-healthy minerals. Bone Appétit includes many recipes like the brand new one I gave you today, and is an invaluable resource for anyone trying to rebuild their bones using the power of food.