3 Little-Known And Amazing Calcium Facts - Save Our Bones 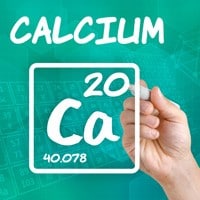 Calcium’s important role in bone health is no secret, but today you’ll discover some seldom-mentioned functions of this fascinating mineral.

Calcium plays many roles in the body that go beyond its status as the primary mineral in bone. From metabolism to muscle contraction, calcium’s functions go beyond bone health.

Also, calcium is necessary for the differentiation and proliferation of osteoblasts, bone-building cells, via complex synergistic action with a binding protein that also performs many other important functions in the body.

So get ready to be amazed with three little-known calcium facts I can’t wait to share with you today!

Have you ever wondered about the term “electrolyte”? The word denotes electricity, and that’s because electrolytes – key minerals that include calcium – conduct electrical currents across cell membranes, thus allowing for key elements and water to pass across the membrane and into the cell. The same process allows the cell to excrete waste.

When it comes to electrolytes, most people think of potassium and sodium only. But calcium facilitates the passage of various elements into cells, which ties in with the pH balance that is the main building block of the Osteoporosis Reversal Program. pH means “potential hydrogen.” Acidic substances release hydrogen, so the potential hydrogen (pH) is low. Your body’s pH level is indicative of the force between alkaline-forming, negative ions and acid-forming positive ions, which push against each other, creating a measurable electrical resistance.

In this dynamic balancing act, calcium works in tandem with sodium and potassium to create the electrical charge that keeps your heart beating. When blood pressure allows sodium to enter a special group of cells called the Sinoatrial node, potassium leaves the cell at the same time. Less potassium leaves the cell than sodium enters it, however, creating an ever-growing positive charge. When the charge builds to a certain point, calcium channels in the cell membrane open, discharging the positive electrical charge along the nerves that lead to the heart. Amazing!

And it all depends on calcium.

A biological process known as the calcium cycle prompts the contraction and relaxation of muscle fibers. A complex interplay between a calcium ion (Ca+2), proteins, and receptors modulate the triggers that cause skeletal muscle to contract and relax.

Calcium’s functions in muscle fiber are so complex that the exact mechanisms by which all of them are accomplished still remain unknown.

3. Calcium Is Required For The Proliferation And Differentiation Of Bone-Building Cells (Osteoblasts)

Savers are well aware that calcium makes up a large part of the bone matrix, and that osteoblasts are bone-building cells. But what you may not know is the role of a binding protein, calmodulin, which plays a role in many body processes, including inflammation control, transport of elements between cells, memory, and immunity (to name a few).

Research has shown that inhibiting CaM levels actually reduces bone formation and the differentiation of osteoblasts. During bone remodeling, Ca+2 increases, thus regulating osteoblast proliferation and differentiation. It does this by activating calcium-sensing receptors or increasing the amount of calcium in the osteoblasts themselves.

Ca+2 is dependent on CaM to do its job in and among the cells of your body, and without these vital substances working together, your bones can not rejuvenate.

Calcium Is Vital For Bone Health And Overall Health

As you can see, calcium is about far more than the integrity of your bones. And it’s clear that its ultimate function is on a cellular level, and unless the calcium you’re taking in is the right kind, it’s not going to be able to pass across cell membranes and do its many jobs.

That’s why I was so pleased to find the calcium supplement TrueOsteo™.

TrueOsteo™ is an organic, plant-based calcium derived from algae. Not only does it contain other Foundation Supplements such as magnesium, Vitamins K2 and D3, but it also has stress-busting Ashwagandha extract and organic silicon.

TrueOsteo™ contains just 800mg of calcium per serving, and you take four capsules a day. While 800mg may not seem like much, the fact is that the organic calcium in TrueOsteo™ is so readily absorbed by the body that you simply don’t need massive doses to get what you need.

TrueOsteo™ is the calcium supplement I take, and I have always been satisfied with it. However, if you think that TrueOsteo™ is not for you, you can return the unused portion for a full refund.

In communicating with the manufacturer of this exceptional supplement, I was able to negotiate an offer exclusively for Savers. At checkout, simply enter the coupon code SAVEOURBONES and get 20% off your order.

Please note that the manufacturer only ships TrueOsteo™ to the following countries: US, Canada, UK, Ireland, Australia and New Zealand.

Get It Free Now
20 comments. Leave Yours Now →