ALERT: Just-Published Study Confirms The Dangers Of Prolonged Sitting - Save Our Bones 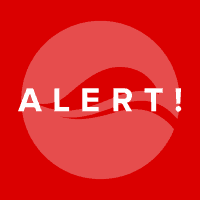 Savers are well-aware of the dangers of a sedentary lifestyle. In addition to contributing to bone-loss and a myriad of other health problems, excessive sitting has been shown to increase mortality risk.

And now, a new study published in the Annals of Internal Medicine builds on this existing body of knowledge clearly linking lengthy sitting time to premature death. Previous studies have relied on subjective data, which is less reliable. The just-published study utilized objective data and confirmed that longer bouts of sitting lead to a greater risk of death.

And sticking to your workout routine a few times a week may not be the answer. Studies have shown that regular exercise does not negate the effects of sitting all day, so let’s take an in-depth look at this study and at the solutions it proposes.

While sitting hardly seems to be a dangerous activity, research shows otherwise. For example, a 2012 Australian study found that adults who sat in excess of 11 hours a day had a 40 percent increased risk of dying in the next three years than those who sat for less than four hours a day.1

A comprehensive 2015 meta-analysis examined 47 studies in an attempt to quantify the association between sedentary time and poor health, including hospitalizations, cardiovascular disease, diabetes, cancer, and mortality. The study concluded that prolonged sedentary time was associated with deleterious health outcomes, despite the level of physical activity.2

In 2016, the American Heart Association (AHA) published a lengthy paper demonstrating that the average American adult sits for six to eight hours a day. The AHA report also states that exercise alone is not enough to combat the adverse effects of prolonged sitting.3 As a result of the findings, the AHA rolled out recommendations that individuals should “sit less and move more”. While these are certainly noteworthy recommendations, they are rather vague and leave room for interpretation.

As discussed, the negative health impacts of a sedentary lifestyle are undisputable. However, much of the previous research relied on subjective data. In other words, the majority of studies depended on people’s self-report of how much time they spend sitting. As we all know, memory and perception are not the most reliable sources for scientific data. In addition, previous studies often examined the total number of sedentary hours per day, paying little or no attention to the length of time spent sitting uninterrupted.

A research team from Columbia University Medical Center and New York Presbyterian aimed to take a different approach.4 They examined data from nearly 8,000 individuals aged 45 and over. Participants were asked to wear a hip-mounted accelerometer, an activity monitor that would objectively measure their movement, for a period of one-week.

The subjects were stratified into groups depending on various factors, such as the number of hours they spent sitting each day, how often they got up to move around, and if they exercised at all.

Four years later, the scientists determined that 340 of the subject participants had died. Those who had died within one year of wearing the accelerometer were excluded from the study, to eliminate the bias of those who were already ill during the study period.

The Individuals in the study, on average, spent more than 12 hours a day sitting. Not surprisingly, the study found that those who sat the most had a higher risk of death. What was interesting about the study, however, was that the number of breaks from sitting that the subjects took mattered significantly. Those individuals who got up and moved around at least every 30 minutes had a lower risk of death than those who got up every 60-90 minutes, even if the total number of hours sitting over the course of the day was the same.

There were some limitations to the study. For example, the researchers did not identify the causes of death, so some individuals may have died from causes that had nothing to do with lifestyle. Further, it is difficult to determine if reverse causation factored into the study. In other words, were the subjects less healthy to begin with, thus making death more likely in the first place?

Regardless of a few limitations to this study, there has been enough research in this field to demonstrate that excessive sitting is harmful, something that the Save Institute has been warning about from the get-go.

A new study published in the Journal of Alzheimer’s Disease revealed that those individuals who did not exercise had a substantially increased risk of developing Alzheimer’s.5 In fact, their risk was equal to those who were genetically predisposed to it.

A significant risk factor for Alzheimer’s is having the apolipoprotein E e4 gene (APOE e4). In fact, those who possess this gene have triple the risk of developing Alzheimer’s than those without the gene.

Canadian researchers sought to examine the association between physical activity with and without the APOE e4 gene. The study involved over 1,600 participants and found that individuals who did not carry the APOE e4 gene and who did not exercise were more likely to develop Alzheimer’s than those who did exercise. However, for study subjects who were gene carriers, the odds of developing dementia were similar between non-exercisers and exercisers. The researchers concluded that since most people do not carry the APOE e4 gene, exercise is a valuable tool to prevent Alzheimer’s.

Can Strong Muscles Protect Your Brain?

Muscle strength, a known benefit of exercise, has been shown to improve cognitive function. A new Finnish study published in the journal European Geriatric Medicine examined upper and lower body muscle strength in 338 adults whose average age was 66. The study subjects were also tested for their cognitive function using the CERAD neuropsychological test battery. The researchers found a link between muscle strength and higher cognition.6

Summing It All Up: How To Build Your Bones, Improve Your Overall Health, And Extend Your Lifespan

To improve and protect your health you should not only decrease your overall sitting time, but also be vigilant and take multiple sitting breaks throughout the day. In addition to avoiding long periods of sitting, a regular exercise routine is imperative to ward off bone loss and maintain your health. That is where the Densercise™ Epidensity Training System plays a pivotal role.

While Densercise™ is designed to build your bones and strengthen your muscles in as little as 15 minutes a day, three times a week, you can utilize many of the 52 exercises for short movement breaks during your day. Many of the moves, such as the Lateral Raise (page 44), are perfect five-minute exercises that can be scattered throughout your day as an additional movement boost.

With Densercise™ by your side, you’ll reap all the benefits exercise has to offer.

3 Young DR, et. al. Sedentary Behavior and Cardiovascular Morbidity and Mortality On behalf of the Physical Activity Committee of the Council on Lifestyle and Cardiometabolic Health; Council on Clinical Cardiology; Council on Epidemiology and Prevention; Council on Functional Genomics and Translational Biology; and Stroke Council. 2016; Web: https://circ.ahajournals.org/content/early/2016/08/12/CIR.0000000000000440