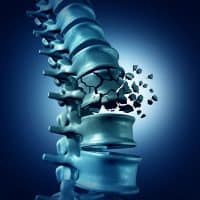 It’s a new year, but sadly, for those being treated with osteoporosis drugs, it’s the same old story. Just as we welcome in 2018, more research has been released that confirms what Savers have known for years. Drugs like Fosamax, Boniva, and Zometa (to name a few) that are being marketed and prescribed to millions of people to treat osteoporosis wreak havoc on bones.

Ironically, as more studies are conducted demonstrating the dangers of treating osteoporosis with drug therapy, the sale of bisphosphonates continues to rise. In fact, the global osteoporosis drug market is expected to be valued at $8.9 billion by the year 2020.

The Save Institute will continue to uncover the scientific truth and present it, as we are doing today. Read on to learn the latest news: that the same drugs used to reverse bone loss actually cause mineralization of bone cells, thus worsening bone quality.

Working in collaboration with scientists from Canada, Swedish researchers have made an incredible discovery examining bone biopsies from patients who have been treated with bisphosphonates.1

Using a specialized technique called “advanced nano-analytical electron microscopy,” the scientists were able to examine bisphosphonate-exposed human bone. What was found in the bone was shocking. Instead of ordinary bone mineral filling the cavities, as was the case with the healthy controls, large magnesium whitlockite crystals were visualized within the bone cavity. Whitlockite is an unusual form of calcium phosphate, found in rock deposits, chondrite meteorites, and caves.

In the words of the lead investigator, Dr. Furqan Shah:

“The crystals are not normal. Even though there are hundreds of them in every cell, they are very large under these circumstances. In other words, they might have grown extraordinarily slowly in the cavities.”

While the anomalous mineralization is a problem in and of itself, the large, hard, and more-chemically stable crystals impede the development and rejuvenation of new bone tissue, which leads to the deterioration of the quality of bone. In other words, this discovery further confirms the already known fact that bisphosphonates disrupt bone remodeling.

In a bold statement against these commonly prescribed, yet dangerous drugs, study investigator, and Associate Professor Anders Palmquist goes on to say:

“We have found a piece of the puzzle that may help us better understand the mechanisms that influence bone quality and adverse effects of medication.”

How Osteocytes Function In Bone

To better understand why this study is so important, let’s take a closer look at the role of the osteocyte, the most commonly found cell in mature bone tissue. The adult human body has approximately 42 billion osteocytes.2 Osteocytes are derived from osteoblasts, the cells responsible for new bone deposition. As osteoblasts navigate the bone matrix, they get “stuck” in the tissue and turn into osteocytes, thus creating new bone growth or repair.

Osteocytes are not isolated cells, but rather they send out long branches that connect to other osteocytes. More specifically, osteocytes remain in contact with one another and with cells on the bone surface via cell processes passing through the matrix across small channels called the canaliculi. The latter connect the lacunae where each osteocyte resides with each other and with the outside world.3

Osteocytes naturally die as a consequence of senescence, degeneration, necrosis, apoptosis (programmed cell death), and/or osteoclastic engulfment. The percentage of dead osteocytes in bone increases with age from less than 1% at birth to 75% after age 80.4

Equally important are osteoclasts, the multinuclear bone-reabsorbing cells. Osteoclasts produce and secrete digestive enzymes that break up and dissolve bone tissue, absorbing the bone and breaking it down further inside the cell. Osteoclasts and osteoblasts are continually working in conjunction to maintain healthy bone turnover.

Now that you understand the bone remodeling process, it’s easy to see why this study is so alarming! With large crystals present in bisphosphonate-treated bone, the natural function of osteocytes is impeded, resulting in weakened bones. The very process that the drugs are meant to heal actually creates more harm. What’s even more concerning is that the crystals mimic bone in terms of quantity, thus making DXA scan readings irrelevant, as bone quantity does not equal bone strength and quality.

The Data Speaks for Itself: Osteoporosis Medications Are Both Dangerous and Ineffective

It seems that we are presenting new research illustrating the dangers of osteoporosis drugs on a regular basis. For example, it wasn’t that long ago that we wrote about a study demonstrating that bisphosphonates cause microcracks that weaken the bones. We also recently shared information about these same drugs causing atypical fractures.

The harm of bisphosphonates doesn’t stop at the bone. They have been shown to double the risk of esophageal cancer, double the risk of vision loss, and cause a painful condition called osteonecrosis of the jaw. To make matters worse, studies have proven these drugs to be completely ineffective!

The Good News: You Don’t Need Drugs To Build Your Bones

Savers know that medications to build bones and keep them healthy and strong simply don’t exist. Unfortunately, our society has been sold on quick fixes and elaborate lies from the Medical Establishment and Big Pharma. After all, how would Big Pharma make up the close to $9 billion loss that would occur if individuals were educated about a natural way to stop or reverse bone loss?

While I can’t single-handedly change the medical industry, I created the Osteoporosis Reversal Program to do my part. The Program is evidence-based, effective, and most importantly, safe.