Astaxanthin: A Superior Bone-Healthy Antioxidant - Save Our Bones 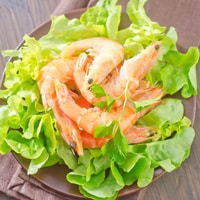 These days, antioxidants are a fairly well-known class of nutrients. Names like lycopene and beta-carotene are part of everyday discussions about nutrition.

But one antioxidant tends to get overlooked, despite the fact that it has more antioxidant power than beta-carotene and vitamins C and E. I’m talking about astaxanthin, an antioxidant related to beta-carotene that, amazingly, can neutralize free radicals without compromising its molecular structure.

We’ll discuss this amazing antioxidant and why it’s important for your bones and your overall health, and then we’ll look at the best sources of this powerful nutrient.

Astaxanthin: the “Superman” of Antioxidants

Free radicals are produced as a by-product of cellular metabolism. They are called “free” because they have a missing electron that is normally paired with another. This makes them very unstable, and this instability is brought into balance when the free radical “robs” another cell of one of its electrons.

But the problem is, the cell from which the electron was taken is now missing an electron – it’s a free radical itself now! So a chain reaction ensues, creating more and more free radicals that damage more and more cells by taking electrons.

Why Astaxanthin is Different

When antioxidants neutralize free radicals, they do so by either stopping the chain reaction once it starts, or preventing it from starting to begin with. Usually, they do this by giving up one of their electrons to neutralize the free radical, or they may break down the free radical molecule and make it harmless.

In essence, there’s a paradox about antioxidants giving up electrons – they become unstable themselves. If you have enough antioxidants, this issue will take care of itself and body tissue will not be “robbed,” thus damaging cells. But wouldn’t it be better for an antioxidant to be able to stop free radicals and not become a free radical itself?

Astaxanthin is such an antioxidant.

Astaxanthin is unique in that it is able to donate an electron to a free radical and still remain stable and intact. This is due to its enormous surplus of electrons, so astaxanthin can donate many, many times over. Moreover, most other antioxidants are eventually broken down by chemical processes in the body, but there is no such process that breaks down astaxanthin.

Astaxanthin and Your Bones

If you are on the Osteoporosis Reversal Program, you are already familiar with the important role of antioxidants in bone health. In fact, all of Chapter 12 of the Program is devoted to discussing how antioxidants protect your bones. For example, lycopene (another carotenoid) actually stimulates osteoblasts, the bone-building cells.1 And phloridzin, an antioxidant that’s part of a group known as polyphenols, reduces inflammation and increases bone density.2

Remember, free radicals damage cells, including bone cells. Astaxanthin has that unique ability to neutralize free radicals and render them harmless again and again, without suffering damage to its own molecular structure.

Recent research has revealed some fascinating benefits of this fat-soluble antioxidant. In a 2008 study, astaxanthin showed promise in preventing cardiovascular disease,3 probably due to its ability to reduce C-Reactive Proteins (CRPs), which are inflammatory markers. In addition, astaxanthin reduces triglycerides and increases HDL (“good”) cholesterol.   In 2011, University of California researcher Parris Kidd wrote an extensive review examining multiple studies that show the “diverse clinical benefits”4 of astaxanthin. Here are some of these research-backed benefits:

Many of the foods highest in astaxanthin are acidifying, and they are:

These are the alkalizing fruits and vegetables that contain astaxanthin, albeit in fairly small amounts:

These are the acidifying fruits that contain astaxanthin, also in small amounts: