How To Test Your Bone Health At Home - https://saveourbones.com

How To Test Your Bone Health At Home 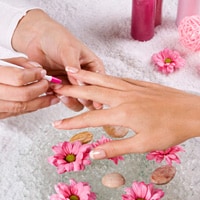 The human body is equipped with a remarkable alert system. When something is not quite right inside your body, it will manifest itself externally. It’s the body’s equivalent of a fire alarm.

This is especially true when it comes to the health of your fingernails. The appearance and quality of your nails are important indicators of your bone health. And when you know what to look for, they can give you clues to help you determine the state of your bone health.

Now this is hardly a scientific test, so it’s obviously not 100% reliable.

The funny thing is that the official bone density tests are unreliable too. It’s just that no one mentions that to you.

There are so many factors that play into the bone density test that you really have to take your results with a grain of salt.

But that’s not what you’re told.

Instead, you end up scared to death when you go in to get your results. No one gives you the information you need to meet the fear, see it for what it is (usually a lack of information), and get on with your life.

My own nails have improved tremendously when I tested the Osteoporosis Reversal Program on myself (yes, I was my own guinea pig). It was just one of the many fringe benefits of the program, besides getting rid of osteoporosis.

They’re so strong that I have a difficult time cutting them! I prefer to keep my nails short because long nails interfere with my computer use.

Now let me show you how your nails are a “window” into your bone health and how you also can have strong and healthy looking nails.

What Your Nails Say about Your Bones

This technique isn’t new. For many years, long before equipment was used for medical diagnosis, it was known that fingernails could provide good clues to a person's overall health.

As I write in the Osteoporosis Reversal Program, there are two direct indicators of possible bone loss that can be observed in fingernails.

These appear on one or more of the fingernails, and the nails begin to split along the white lines. Vertical white lines on the nails are commonly associated with a shortage of calcium within the body.

The fingernails become brittle. They split or break easily, and their color turns to a pale white.

If your nails show either one of these characteristics, and especially if you have both, I recommend you get started on a natural osteoporosis treatment protocol right away.

What Else Are Your Nails Saying?

Your nails have a lot more to say about your health.

It is of course important not to jump to conclusions based simply on the appearance of your nails. Nail issues, including all of those listed above, can have many causes and should be checked out by a health practitioner.

Nails: The Future of an Osteoporosis Diagnosis?

Here's some news about a discovery that could change the way osteoporosis is diagnosed, making DXA (previously DEXA) scans obsolete.

It would also be quicker, safer, and potentially much less expensive. Dr. Mark Towler, a researcher at the University of Limerick in Ireland, found that disulphide bond levels (which are instrumental in binding protein molecules to each other) are lower in people who have been diagnosed with osteoporosis.

He discovered that testing the disulphide bonds in fingernails could be an accurate way to assess bone health. Crescent Diagnostics, which was set up by Dr. Towler, conducted further clinical studies using the Bone Quality Test device (BQT), which assesses disulphide bond levels through a simple fingernail scan. So far, it appears that the results are at least as accurate as DXA technology.

This method could even be used with fingernail clippings, so it would be possible to send your nails into a lab for testing and avoid the radiation exposure of DXA scans.

The BQT device is not yet available. Patents are in the works, indicating that there are helpful and exciting developments on the horizon. For now, pay special attention to brittle nails and/or white vertical lines I mentioned earlier.

Fear of The Unknown is Terrible

Fear from a lack of understanding is no better. Both are unnecessary.

The Osteoporosis Reversal Program can help you end that fear. Because it spells out, in plain English, what you’ll never hear from your doctor about dealing with bone health the safe way.

As Your Bone Health Improves, So Will Your Nails

Your fingernails are a reflection of your bone health because they give you visible warning signs about the condition of your bones. It also means that you'll have equally visible proof of your progress.

If you’re scared about the future of your bone health, get started with the program today.

I look forward to hearing about your newly regained bone health reflected in your strong and beautiful nails, as you follow the Osteoporosis Reversal Program.