Don't Fall For This: New Gimmick Used To Prescribe Bisphosphonates - Save Our Bones

Don’t Fall For This: New Gimmick Used To Prescribe Bisphosphonates 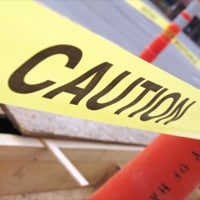 A brand-new study by scientists at Columbia University Medical Center paves the way for doctors to prescribe even more bisphosphonate drugs. Researchers found that certain variations in specific genes actually increase the risk of developing one of the most devastating side effects of bisphosphonates.

These findings allow doctors to screen patients so as to discern who would be the most likely to suffer from Ostenonecrosis of the Jaw (ONJ). So basically doctors can readily prescribe the drugs to patients who don’t have the gene variations.

Doesn’t it look as if they’re trying to protect the bisphosphonate business, which already rakes in $4.2 billion per year?1

After the “phossy jaw” that plagued the match manufacturers in the 1800s, osteonecrosis of the jaw (ONJ) entered the realm of obscurity. It became a rare disease, almost a curiosity. But with the widespread use of bisphosphonates, there came increasing reports of ONJ, and now scientists have discovered a genetic link that increases your risk for this ravaging disease of the jaw.

Incredibly, the Medical Establishment still claims there is no definitive evidence that bisphosphonates raise the risk of developing ONJ. They ignore important studies like the one done in 2008 by the University of British Columbia and Vancouver Coastal Health Research Institute. Undertaken in response to academic papers linking bisphosphonate use to ONJ, this study found that bisphosphonates actually triple the risk of bone necrosis.2 In fact, this particular study is the largest one done on bone necrosis and bisphosphonates, but the Medical Establishment still ignores it – and there might be a monetary reason for that. You see, the British Columbia study was the first actually to explore the connection between bone necrosis and particular brands of bisphosphonates.

Sounds like some companies don’t want their brand names smirched.

But the bottom line is, ONJ is real, and it is devastating.

Various studies have pointed to the possibility of a genetic factor in the risk for developing ONJ, but the latest research goes deeper than previous studies. Researchers analyzed the genomes of the participants, and the scope of this is important. The human genome is all of your hereditary information, found within your DNA, and it gives a more complete reading of your genetic information.

What they discovered in this study is that bisphosphonate users with a variation in a particular gene – specifically, the RBMS3 gene – were almost 6 times more likely to develop ONJ than those individuals who did not have this variation.3 Variations in two other genes, IGFBP7 and ABCC4, are also implicated in increased ONJ risk.

What’s the point of this research? According to the medical establishment, it’s…

As ridiculous as it may sound, doctors are jumping on this research not as a warning against prescribing these drugs, but as a way to streamline and customize prescriptions. If a patient with osteoporosis is shown not to have the risky genetic variations, then doctors would not only be able to prescribe bisphosphonates, but they’d also be able to use this genetic information to convince the patient to follow the drug protocol.

And the same information could be used to encourage dentists to go ahead with oral surgery they would otherwise refuse to do on patients taking bisphosphonates.

All of these amazing technological advances – looking at genes, for instance, and being able to see variations of incredibly small proportions – are being misused. Why expend resources to discover who is most at risk for developing horrible drug side effects when natural, drug-free treatments like the Osteoporosis Reversal Program already exist? It’s a complete waste of time and technology to take such advancements and use them to discern who might develop ONJ from a drug that’s been shown repeatedly to be completely unnecessary.

Sadly, Big Pharma, aided by the Medical Establishment, is casting about for a way to stay in business – big business. Instead of using these incredible research tools for delving into truly helpful research, such as a deeper understanding of the body’s amazing ability to heal itself when given the right conditions, some of the most detailed and prominent research is focused on promoting Big Pharma and its products.

Doctors have been told that osteoporosis is a disease (it is not), and they treat it accordingly.

If you're one of the many thousands of people from all around the world who follows the Osteoporosis Reversal Program, then you're not a willing participant in their scheme, and can be proud that you've taken care of your bone health yourself.

But if you're not on the Program yet, showing up in front of your doctor and talking to him/her about natural alternatives to drugs, can get a bit uncomfortable.

The Secret To Effective Communication With Your Doctor

And that’s why I created a special bonus as part of the Osteoporosis Reversal Program titled Doctor Communication Tutorials.

Inside I talk about the five personality types that are common to doctors and how to effectively approach each one about alternative options.

The fact is, a good doctor can be a powerful ally in your fight against osteoporosis. But you have to approach things correctly to avoid meeting resistance. And another added benefit is that you can use the same tactics to effectively communicate your “unconventional” natural bone health approach to family and friends.

I show you exactly how to do it in Doctor Communication Tutorials, which is included for free when you order the Osteoporosis Reversal Program today.

The only “side effect” from the Osteoporosis Reversal Program is a healthy, strong-boned you!