Revealed: Osteoporosis Drugs' Secret Dark Past - Save Our Bones 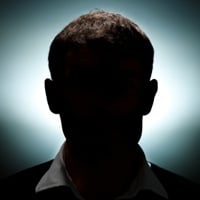 September 29th marks the “anniversary” of Fosamax, the first bisphosphonate drug approved by the FDA in 1995 for treating and preventing osteoporosis. Soon after, other similar bisphosphonate drugs, such as Boniva and Actonel, along with their once-a-week and monthly variations, entered the profitable osteoporosis market, as well as Reclast, an intravenous drug.

As you probably know by now, the day I was “diagnosed” with osteoporosis, I was handed a prescription for Fosamax, a bisphosphonate.

Fortunately, I didn’t take it.

But plenty of people do.

In the Osteoporosis Reversal Program I wrote that “until the year 1994… one had to actually fracture a bone caused by minimal impact or trauma to be diagnosed with osteoporosis.” So what happened in 1994? As Merck was getting closer to launching Fosamax, the World Health Organization announced new parameters for diagnosing osteoporosis and osteopenia. This new definition, essentially inventing a “disease” defined by fracture risk, instantly created millions of new Big Pharma customers.

As time went by, a few years after the approval of these new osteoporosis drugs…

Horrific Side Effects Were Linked to Bisphosphonates…

Ranging from an increased risk in esophageal cancer, atypical femur fractures, and the dreaded osteonecrosis of the jaw (ONJ), new “black box” warnings were gradually added. But doctors still today, continue to prescribe these drugs, which can cause untold suffering to those who experience adverse side effects.

Here’s one heartbreaking example. A few years ago I was contacted by a woman afflicted with ONJ, a disfiguring and irreversible condition. I will never forget her heart-wrenching story of how she obediently took Fosamax for years, ending up with a rotted jawbone and unable to speak clearly and even eat solid foods. She had joined the class action lawsuit against Merck. My heart still aches for her.

Today, as a stark reminder of the dangers of Fosamax and all other bisphosphonates, I’ll share with you new information that links bisphosphonates and ONJ. Believe it or not, I had to go back to the 19th century, to bring you…

Phossy Jaw: A Ghost from the Past

When the power goes out, do you reach for your box of matches to light up your emergency candles? For those of us who live in areas where thunderstorms and power outages are common, the humble kitchen match (along with flashlights and batteries) are necessities.

But how are matches connected to bone health? Today, you’ll discover the unlikely connection between the two.

The common match we take for granted was once the culprit behind a nightmarish condition that claimed victims in the mid-1800s and early 1900s. “Phossy jaw”, a condition that caused the jaw bones of its victims to rot from within, sometimes exposing the bone, was eventually linked to matches. I’ll explain.

Here’s why. When the explosive properties of white phosphorous were first discovered and harnessed for use in making matches, someone had to manufacture those matches. During the mid-19th through the early 20th century, factories were built where workers, usually young women, were constantly exposed to the toxic vapors of white phosphorus. They also ingested the chemical while eating their lunches within the factory. Many of these workers contracted the dreaded phossy jaw, so named because of its connection with white phosphorus exposure. It was considered an occupational hazard of working with white phosphorus in match factories.

Phossy jaw is caused by phosphorus in the jaw bone. As I mentioned earlier, it is a painful and traumatizing condition characterized by rotting tissue in the jaw. The jaw bone itself decays, causing a foul-smelling discharge and great pain.

In the early 1900s white phosphorus was banned, and the non-toxic red phosphorus took its place in match manufacturing. Phossy jaw, it seemed, was a thing of the past.

But thanks to Big Pharma, it wasn’t the last straw for this dreadful condition.

Phossy Jaw Returns, But With A New Name

As bisphosphonates such as Fosamax, its generic alendronate, Boniva, and others were prescribed to osteoporotic patients, modern maxillofacial surgeons began to see cases of rotting jaw bones similar to phossy jaw, with almost identical clinical progress and painful bone exposure. Often incurable, these “modern-time” cases of phossy jaw were given a new name: osteonecrosis of the jaw (ONJ).

ONJ is especially prevalent among those who have received Reclast (or its stronger-dosed Zometa), but it also is showing up among those who ingest Fosamax or other bisphosphonates.

Given this chemical interaction, then really it was bisphosphonates that were causing the phossy jaw some match factory workers had to endure. Today…

Bisphosphonates Still Cause This Painful And Disfiguring Condition

The way bisphosphonates can increase bone density is by prohibiting bone remodeling. As I explain in the Osteoporosis Reversal Program, bone naturally breaks down and builds up, renewing itself regularly. But bisphosphonates artificially inhibit this vital process, so for a relatively short time, bone becomes more densely packed, full of bone cells that should have been shed and replaced with new ones by the body’s natural remodeling process.

In long bones like the femur, this can mean a greater risk of fracture. In the jaw, it can lead to osteonecrosis of the jaw (ONJ), or the phossy jaw of the 21st century.

In 1888, female workers at the Bryant and May Factory in Bow, London took to the streets. In addition to protesting unreasonably long work days and low pay, the matchgirls also protested their primary occupational health hazard: phossy jaw. This was a day and age without antibiotics, and the disease could be deadly. Surgical removal of the affected jawbone was often the only recourse…and this was also a day and age without anesthesia. The matchgirls had had enough of being placed in the line of fire, so to speak.

Maybe it’s time that osteoporosis patients did the same. I’m not suggesting you take to the streets, but what if everyone with an osteoporosis diagnosis refused to take bisphosphonates and chose instead to follow natural treatments? Maybe it’s time to “go on strike” against Big Pharma and its money-making tactics.

What’s My Purpose in Telling You This?

Am I trying to scare you?

That’s exactly what I’m trying to do.

These drugs are awful. And I will do everything in my power to encourage people to investigate safer ways to get healthy bones.

According to Business Week, researchers have found that 70% of patients taking top-selling osteoporosis drugs drop out in the first year of treatment because of heartburn, ulcers, and other side effects.

The poor people can’t even make it through the trial!

Does that sound safe to anyone?

I got rid of osteoporosis by discovering how to let my body heal itself.

You may or may not decide to take the exact path I did to healthy bones. Either way, you owe it to yourself to investigate your options.

The Osteoporosis Reversal Program contains the information you need to make smart decisions about bone health and steer clear of the dangerous land mines like “dead jaw.”

You can get the program here →

Save Our Bones: the Perfect “Match”!

The Osteoporosis Reversal Program will show you how to avoid these dangerous drugs and boost your bone health with diet and exercise. It’s the perfect “match”: sound information and lifestyle guidelines to implement it. The Osteoporosis Reversal Program will help you escape the grim specter of phossy jaw. This is one ghost that needs to be laid to rest.