Good News: Epigenetics Proves That You’re Not Stuck With The Bones You Have! - Save Our Bones

Good News: Epigenetics Proves That You’re Not Stuck With The Bones You Have! 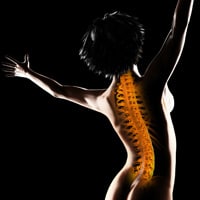 Today you’re going to discover something amazing: you are not stuck with the bones you have, even if you have a family history of osteoporosis.

According to an innovative branch of science known as epigenetics or epigenomics, there are easy lifestyle changes you can embrace that actually alter the expression of your genes. And here’s the good news: this applies to bone health as well.

Let’s begin by taking a look at epigenetics and what it’s all about.

Epigenetics: Beyond The Genetic Code

“Epi” is a Greek word meaning “in addition to” or “beyond.” Epigenetics refers to biological phenomena that circumvent the genetic code. An example would be identical twins who are genetically the same, but one twin inexplicably develops a chronic disease such as rheumatoid arthritis. Another example is a caterpillar morphing into a butterfly – the insect is genetically the same, but extremely different in appearance.

The genes themselves do not change. What can change is how those genes are expressed, or “switched on.” Some genes can be switched off as well. This is brought about by a variety of environmental factors, including diet and exercise.
And that’s where bone health comes in.

Epigenetics In Relation To Osteoporosis

As Savers know, bone is living tissue – specifically, it’s connective tissue that renews and remodels itself continuously. This process is very intricate, involving many cellular and biological mechanisms – including gene expression patterns which account for the activity of bone cells.

Scientists have identified various genomes associated with bone density, but these genomes “only explain a small fraction of the bone mass variation observed in the population. …In fact, epigenetic changes regulate gene transcription, but there is also growing evidence for an influence of genetic (i.e., DNA sequence) variants on DNA methylation and miRNA-dependent mechanisms (‘genetical epigenomics’),”1 says a recent study on the topic.

In other words, research points to interplay between genetic and epigenetic mechanisms.

This means you can actually alter your genetic expression, because by applying easy lifestyle changes…

You Can Influence Which Genes Are Switched On And Off

Savers are well aware of how diet and exercise can dramatically improve your bone health, actually reversing osteoporosis. And it’s no secret that regular exercise prevents many chronic diseases. But scientists have been baffled as to the mechanisms behind this.

The answer lies in epigenetics. Incredibly, research indicates that exercise actually promotes genetic modification. According to a 2014 study,

In addition, a University of Virginia study actually identified two genes that regulate bone density.3 But not surprisingly…

The Medical Establishment Is Using This Information To Develop More Drugs

As their arsenal of drug options for osteoporosis is rapidly shrinking, Mainstream Medicine is even more desperate to find the “miracle” osteoporosis drug. In fact, they are hoping to develop a medication that will target these two “bone density genes” mentioned earlier, in an effort to manipulate bone density artificially. Such an effort will take many years, of course – and ultimately, like all osteoporosis drugs, it will fail to stave off low bone density.

Because one thing is clear: the Medical Establishment fails to realize that the body is designed to do this naturally!

If you’re following the Osteoporosis Reversal Program, you are well aware that drugs are not the answer to better bone health. As the research clearly shows, adopting a regimen of regular exercise affects genes naturally, in concord with your body’s natural processes, to help you build strong, flexible bones that resist fracture.

So what does it take to alter your gene expression? The key is to practice exercises that apply the correct mechanical stimulation to your bones. Those must be based on Wolff’s law, which states that targeted stimulation (in the form of weight-bearing exercise) improves bone density and health. Let’s take a closer look at how this works.

Bone morphogenetic proteins, or BMPs, actually regulate bone mass by influencing the function of osteoblasts, your bone-building cells. In fact, a breakthrough study shows that mechanical stimulation (not chemical, as with drugs), when applied during the growth phase of bone remodeling, actually upregulates the morphogenetic protein BMP-4, “resulting in increased proliferation and differentiation of osteoblasts.” 4

This means that the correct mechanical bone stimulation increases bone deposition, which translates into denser and stronger bones.

So when you tie it all in, you have a powerful way to build your bones regardless of your genetic makeup!

The good news is that exercise is something you can get started on immediately. You don’t have to wait decades for Big Pharma to develop the latest gene-altering drug (what a scary prospect!).

So if you haven’t yet, you can get Densercise™ right away and start the targeted mechanical stimulation that builds strong bones…right down to your genes.