Have Scientists Discovered An 'On/Off' Switch To Younger Bones? - Save Our Bones

Have Scientists Discovered An ‘On/Off’ Switch To Younger Bones? 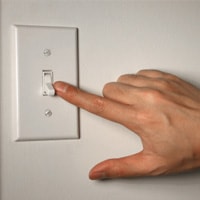 Today I’ll share with you a study that provides fascinating insights into the mechanism of aging and its association with bone loss. Researchers at the University of Pennsylvania have uncovered significant breakthroughs in the realm of age-related bone loss which provides valuable information on how to keep your bones “young”.

In the Osteoporosis Reversal Program, I point out the fact that aging is not a disease; it’s a natural biological process. Bone density naturally decreases a bit with age, but bone renewal and regeneration continues no matter your age, if you’re doing what’s right for your bones.

This is important to understand so you can confidently stand up to the Medical Establishment that sees aging and osteoporosis as “diseases”, and “treats” them as such by prescribing toxic drugs.

Now let’s take a look at the aging process, starting with our DNA.

The DNA of Aging

Just what happens at the molecular level when we age? Each double-helix-shaped molecule of our DNA has tips, and these tips have pairs of enzymes that form chains. These enzyme chains are called telomeres, and their role is fascinating.

You see, when cells regenerate and replicate (as when your body builds bone), DNA molecules must make exact copies of themselves. Telomeres help offset the inevitable misalignments that occur when DNA replicates, thereby preventing the loss of precious DNA information.

The University of Pennsylvania study I mentioned earlier reveals that an enzyme, called telomerase, can prevent certain cells from declining, including osteoblasts and their precursors.1 It does this by lengthening the telomeres chains, so cells can replicate normally. (Remember, it’s the shortening of the telomeres chains that eventually cause the cell to die.)

When telomeres were artificially shortened in mice via a designed lack of telomerase, age-related problems manifested, such as osteoporosis, diabetes, and neurodegeneration. These mice also died young.

While the normal aging process leads to shortened telomeres in the body, and therefore, also affecting bones, the good news is that this is not inevitable. In fact, studies have shown that a diet rich in fruits and vegetables and low in processed foods increases telomerase activity by double digits.2 Exercising and stress reduction techniques also showed beneficial effects.2 So if you’re following the Osteoporosis Reversal Program, you are already on the right track!

It may sound too good to be true, but there is scientific proof that resveratrol, a compound found in dark-skinned fruits such as grapes and blueberries, effectively increases telomerase levels.3

Isn't it great to know that this is yet one more aspect of your bone health you can easily control without dangerous and toxic drugs?