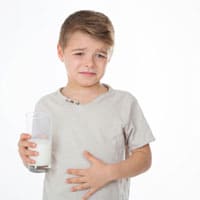 Many people are surprised to discover that dairy products – especially cow’s milk – are not emphasized on the Osteoporosis Reversal Program. After all, most doctors tell osteoporosis patients to “drink plenty of milk” for the health of their bones.

But as Savers know full well, cow’s milk is not good for bones, and today we’re going to explore three little-known reasons why.

Let’s start by recapping the better-known reasons why milk is bad for your bones.

Milk Does NOT Do A Body Good

You’re probably familiar with the dairy industry’s campaign slogan of the past: “Milk: it does a body good.” This may be true for calves, but for humans, cow’s milk is bad news.

For one thing, milk has an acidifying effect on the body since the animal protein in milk promotes calcium loss via the urine. In addition, milk is high in phosphorus, which binds to calcium and prevents its proper absorption.

Hormones are also present in milk, even if the cows are not injected or fed hormones. That’s because hormones such as progesterone, testosterone, insulin, androstenedione, and insulin-like growth factor are required for the growth of a healthy calf. So these and other hormones are naturally present in cow’s milk, and they can cause imbalances in the human body.

Researchers believe that galactose and lactose, two sugars found in abundance in cow’s milk, are partly responsible for the connection between milk consumption and increased fracture risk.1 These sugars are highly inflammatory, contributing to oxidative stress and accelerated aging of bones.

What About Raw Milk?

While raw milk is slightly less acidifying than processed milk, it’s still an acidifying animal protein that’s full of calf-growing hormones and, in its whole state, a great deal of saturated fat (one cup has about the same amount of saturated fat as 4 ½ strips of bacon). All animal milk contains casein, too, a protein that acts as an allergen in some people (more on that below).

Now let’s look at what the latest research reveals about milk’s deleterious effects on the body.

Taking your morning “cuppa” with milk is a common practice in many parts of the world. Savers know that black tea is acidifying and a source of ingested fluoride; but I’m sure you’re also well aware that black tea has various health benefits (such as improved cardiovascular health and antioxidants) that make moderate consumption a healthful choice.

But science shows that cow’s milk can undermine these very benefits.

A European study looked closely at the cardiovascular benefits of tea and how the addition of milk affected those benefits. Participants were given plain boiled water, freshly brewed black tea, or brewed black tea with the addition of skim milk. The plain black tea group experienced improved FMD (flow-mediated dilation), but the same effects were not observed in the tea-with-milk group2.

Scientists followed up with rat studies and observed the same phenomenon:

But that’s not all. A 2013 study took a look at milk’s effect on green tea, a beverage known for its high antioxidant content. The study shows that the protein in milk “reduces the bioavailability of galloylated catechins” present in green tea.3

Galloylated catechins are powerful antioxidants found in green tea that stimulate osteoblast production. So if you’re drinking green tea with milk, you’re missing out on one of the primary health benefits of this popular beverage.

In light of this research, we can’t help but wonder about how milk acts in the body with regard to antioxidants. Does it bind to them and reduce their effectiveness as it does in tea? It’s worth considering that milk may in fact undermine bone-healthy antioxidants in the body, too. After all, as I mentioned above, milk has an inflammatory effect and increases oxidative stress.

2. Milk Prohibits The Absorption Of Magnesium

Often overlooked in the fight against osteoporosis, magnesium is a crucial mineral for a myriad of body systems, including the skeletal system. If you are among the 60% of people who are lactose intolerant, then you know about the digestive disturbances that can result from milk consumption. Among the chief symptoms of lactose intolerance is diarrhea, which makes it very difficult to absorb nutrients from the intestine.

In addition, milk has an imbalance of nutrients including excessive phosphorus. Animal studies have shown that:

“Increases in dietary phosphorus have been reported to precipitate or aggravate magnesium deficiency in several species.”4

Excessive phosphorus prohibits the healthful action of magnesium in the body, in other words. And this is from a study done back in 1965! Clearly, this information has been available for some time, yet the Establishment continues to ignore these findings.

3. Milk Is One Of The Top Allergens

Not to be confused with lactose intolerance, a milk allergy results when the body reacts to casein, a protein found in milk. Such allergies can be miserable and even life-threatening.

When it comes to food allergies, milk tops the list of the “Big-8”: milk, eggs, shellfish, tree nuts, peanuts, wheat, and soybeans. Milk allergies are especially prominent among infants and children. Because the allergy is to the protein, substituting cow’s milk for goat or sheep milk does not typically help (these animals have casein in their milk also).

An allergy is an over-reactive immune response to a substance that the body determines is harmful. Allergens are not pathogens; they are substances that do not typically cause harm. But for some, these substances – such as casein – can cause dramatic and unpleasant symptoms.

Why do some people react and others don’t? The answer may lie in part with the liver’s health.

The Connection Between Allergies And Liver Health

Just about every substance you ingest or inhale or otherwise take in to your body passes through the liver. One of its primary jobs is to filter out toxins and foreign substances, but if the liver is overwhelmed, questionable substances are allowed to enter the bloodstream.

The body then “flags” the substance and produces antibodies against it. A healthy liver, however, can filter out toxic substances and allergens (even those that are flagged), thereby reducing the allergic response.

Allergic reactions are just one of many signs of a dysfunctional liver. Abdominal bloating, inability to lose weight, digestive problems caused by fatty foods, and other health concerns all point to a sluggish, over-taxed liver.

Knowing this, it makes a whole lot of sense to give your liver a periodic rest. Osteoporosis Fresh Start Cleanse: The 7 Day Bone Building Accelerator, shows you how to nourish your liver with specific foods and drinks, giving your liver a much-needed break from the constant bombardment of toxins. An efficient liver is essential for your bones to renew and rejuvenate.

Whether you want to cleanse your system of osteoporosis drugs or would like to give a healthy and rejuvenating boost to your liver, the Osteoporosis Fresh Start Cleanse will do the trick. A “clean” system and alkaline body environment set the stage for bones to build and flourish. You’ll feel younger and more energetic, too!

I like to encourage the conversation among our readers. Feel free to share your thoughts and experiences about drinking milk, liver health, and anything else that caught your eye in today’s post.