Beware Of This Mineral Deficiency That Can Hurt Your Bones And Overall Health (Hint: It’s Not Calcium!) - https://saveourbones.com

Beware Of This Mineral Deficiency That Can Hurt Your Bones And Overall Health (Hint: It’s Not Calcium!) 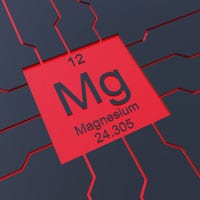 Today’s post is about a mineral deficiency. This mineral is crucial to your bones, but it’s just as important for your overall health. In fact, it’s so vital that a lack of it can produce symptoms that mimic serious illnesses, and it’s so common that around 80% of the population suffers from it. Yet the Medical Establishment doesn’t recognize it, leading to frequent misdiagnosis.

But you don’t have to worry about that, because Savers are armed with knowledge, which gives you the power and confidence to take charge of your own bone health. And in so doing, you’re also covering many other aspects of your health, as you’ll discover today.

We’re going to explore this mineral in depth, and you’ll also learn how to be an active participant in your health care and its attenuating decisions. In addition, I am going to show you how you can develop your personal bone health philosophy to act as your anchor when others question your choices.

So read on and be empowered and informed!

Sadly, magnesium consumption has declined sharply over the last century, most likely due to large-scale farming and soil depletion. In addition, the typical acidifying Western diet, high in sugar and processed food, actively depletes magnesium in the body.

For example, according to a study published in The Clinical Biochemist Reviews,

Refining or processing of food may deplete magnesium content by nearly 85%. Furthermore, cooking, especially boiling of magnesium-rich foods, will result in significant loss of magnesium.” 1

A high intake of sugar increases magnesium secretion in the urine, and saturated fat reduces magnesium uptake in the intestines.

As I pointed our above, research suggests that a significant majority of Americans are deficient in magnesium.2 But determining whether or not you have a deficiency can be difficult for several reasons.

For one thing, the symptoms can mimic those of other illnesses – some of them quite serious. (And magnesium deficiency can actually cause serious health conditions, too, which we’ll discuss below.)

The other reason is that testing for deficiency is woefully inaccurate. Blood tests fail because 99% of the magnesium in your body is not found in your blood; it’s found in your bones and muscles, particularly your heart muscle.

Yet another complicating issue is the rate of magnesium absorption. It varies significantly from one day to the next, with absorption rates ranging from 24 to 85%. Vitamin D levels, digestive health, protein ingestion, and calcium levels all affect the uptake of magnesium in the body.

Fluoride ingestion is yet another influential factor – fluoride competes with magnesium for absorption into the bones, because they are absorbed along the same biological pathway.

Therefore, it’s particularly important to familiarize yourself with…

The Symptoms Of Magnesium Deficiency

Knowing some key symptoms is an important step in understanding your own personal magnesium needs.

Many of these symptoms can be signs of illness, which is exactly the problem – doctors tend to consider disease, not magnesium deficiency, when their patients complain of the above issues.

And your doctor is even less likely to mention magnesium as it relates to preventing and reversing osteoporosis.

Magnesium is involved in hundreds of metabolic processes, which accounts in part for the wide range of deficiency symptoms. Magnesium deficiency has also been linked to some conditions that have mysteriously shown up in recent years, such as:

How You Can Get Plenty Of Magnesium

When I began following the Osteoporosis Reversal Program, I discovered that when I took care of my bone health, my overall health also improved.

So when you follow the dietary recommendations of the Program, you will be eating plenty of magnesium-rich foods and adopting an active, healthy lifestyle that will address various health conditions and issues.

A word about supplements: I am not currently recommending a specific brand of magnesium, but I suggest 400 mg of amino acid chelated magnesium, as it’s the most bioavailable form of this mineral.

Why I Developed My Personal “Bone Health Philosophy,” And Why You Should, Too

Forming the right mindset for your bone health can act as a “rock” in times of doubt and uncertainty when you’re not following the “standard” protocols. As you embark on a bone-rejuvenating lifestyle, you’ll discover the amazing health benefits of the Foundation Supplements that help far more than just your bones.

And as you grow more confident in your philosophy, you can avoid potential problems that can arise from a wrong diagnosis by a doctor. (Magnesium deficiency is just such one example.)

It’s all about a positive, informed mindset that has at its core a belief that decisions regarding your health and your body are yours to make. It’s amazing to me when I hear people say their doctor “put them on” a drug, or “had them take” a particular medication.

There’s more good news. If you have the Program and you’re not really sure how to form your own bone health philosophy, or if you just need a little encouragement and help on your bone health journey, you have a dedicated and knowledgeable bone health coach to guide and inform you along the way.

So if you don’t have the Program` yet, don’t delay. Because today is the day to take control of your own health!