Proof: Your Bones Are Alive! - Save Our Bones

Proof: Your Bones Are Alive! 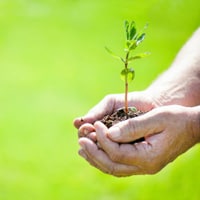 Mainstream Medicine would have you believe that you're stuck with the bones you have. You're not.

The truth is that bones are active and live tissue that constantly remodel themselves, if they’re given what they need.

And a recent study, which has stunned the medical community, proves just that. A team of researchers, led by Gerard Karsenty, chair of the Department of Genetics at Columbia’s College of Physicians and Surgeons, found that osteocalcin, a hormone released by osteoblasts, regulates glucose metabolism in mice.1 They also noted that osteocalcin deficiency can lead to Type 2 diabetes and obesity.1

The researchers are optimistic that the same will be shown in humans, since osteocalcin is also present in humans.

It gives me great satisfaction when mainstream scientists further confirm what I’ve been saying all along. Because this study is beginning to change the Medical Establishment’s flawed perception of the skeleton. Quoting from Columbia Magazine,

“It (the study) certainly has caused quite a stir,” Graham Williams, an endocrinology expert at Imperial College London, told the Web site Nature News recently. “People think it’s a novel idea, and likely to turn out to be a paradigm shift.”2

The Medical Establishment’s Skeleton in the Closet

Osteoporosis drugs tamper with bone remodeling. That’s not a secret. Big Pharma’s hope is to convince the public, aided by the Medical Establishment, that after a certain age, bones become inert and therefore, they don’t renew themselves. The idea behind this is to make you believe that osteoporosis prescription drugs will do the work that your bones can’t do anymore.

But that’s not so. Fortunately, the truth is beginning to filter through the web of confusion the Medical Establishment has spun around osteoporosis. And as the Save Our Bones community continues to grow by leaps and bounds, it’ll become even harder to continue with the cover-up.

Because thousands have already reversed osteoporosis without taking drugs by following the 100% natural Osteoporosis Reversal Program.

Easy nutritional and lifestyle changes explained in the Program have helped community members rebuild their bones, often when the osteoporosis drugs they’ve taken for years failed to do so. They also feel better than ever, especially if they were victims of the osteoporosis drugs’ side effects.

As you read their Real Life Success Stories, you’ll also notice the they’re in tune with their bone health and general health. Because when the body responds to a natural program, all the doom and gloom is gone. They feel the euphoria of being self-reliant and able to achieve their bone health goals.

And that’s precisely what Mainstream Medicine doesn’t want! They want you to not trust your bones and yourself, when in fact…

Your Bones Are There for You

Not long ago, I’ve written a poem titled “A Friend So Strong”, later produced as a video poem. In it, I go through stages in life, as a reminder that through it all, your bones were there for you.

In a way, “A Friend So Strong” is an ode to your bones; they’ve supported you every step of the way (literally!) and have made it possible for you to do what you’ve done. And now it’s time to look at your future. Toward the end of the poem, I wrote :

“And now, my friend, it’s in your hands,
To give your wondrous bones…
The strength and drive they’ve given you
Throughout your blessed life.”

To your strong and healthy bones!