The Genetically Modified Foods That Affect Bone Density - Save Our Bones 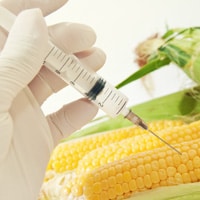 If you are following the Osteoporosis Reversal Program, then you’re familiar with the 80/20 diet – 80% alkaline and 20% acid-forming foods. And you know the importance of a varied, healthy diet to achieve your optimal health. But what if some of those foods – including some considered healthy – are actually undermining your alkalizing and health-promoting efforts?

And worse, some of these same foods actually cause damage not only to your bones, but to your internal organs as well.

Recent studies have blown the cover off of the GMO controversy, and have show that GM foods cause damage to internal organs, including the kidney and liver. I’ll address this research in more detail later. First, let’s take a look at what foods are commonly genetically modified.

Major GMO Crops Around the World

It’s important to know what crops are genetically modified so you can make informed choices about what you eat. Here are some of the major crops that are GMOs:

More than half the world’s soy crops are genetically modified, making it the most likely food to be GMO. This includes all soy products, including soy milk and soy sauce.

Maize is corn grown for animal feed. People then eat the animals that have been fed GMOs.

In Canada, GM canola is widespread.

Sugar beets grow more slowly than the weeds around it, so a version of the plant that is resistant to weed-killers has been developed.

Both of these foods are slated for genetic modification in the near future.

The news about GMOs causing vital organ damage has filtered out to the mainstream media around the world. In the United Kingdom, the Daily Mail reports the results of a study that adds “to the evidence that GM crops may damage health…”1

The International Journal of Biological Sciences (IJBS) released a study which examined how GMOs affect the health of mammals. Specifically, researchers found that genetically modified corn, when fed to rats, resulted in some disturbing effects.

Not only were the rats’ kidneys adversely affected, but their livers suffered damage as well. The heart, spleen, adrenal glands, and even blood cells were all affected.

“We therefore conclude that our data strongly suggests that these GM maize varieties induce a state of hepatorenal toxicity,” the study concludes. “Our analysis highlights that the kidneys and liver as particularly important on which to focus such research as there was a clear negative impact on the function of these organs in rats consuming GM maize varieties for just 90 days.”2

“Hepatorenal toxicity” is kidney failure resulting from liver disease. The rats did not have liver disease before the study.

Note that the rats fed the GM corn developed kidney and liver damage within a mere 90 days. That amounts to about 10 years in human terms. When you consider that liver and kidney damage can be life-threatening, that’s alarmingly rapid!

GMOs and Your Bones

What does this internal organ damage have to do with bone health? The answer is: plenty!

Your Kidneys: Champions of the Acid/Alkaline Balance

Silent and hard-working, your kidneys are responsible for excreting excess acid from your system – a crucial role in maintaining a body environment that’s alkaline and bone-friendly. There is just no other way to get rid of the body’s excess acid.

In addition, your kidneys maintain the acid/alkaline balance another way: they control the reabsorption of bicarbonate. Bicarbonate is an alkaline substance present in the blood that acts as a buffer against acids in your system.

Your kidneys are like the conductors of an acid-alkaline orchestra, directing the musicians to make sure the music stays balanced and harmonious. Without the proper functioning of the kidneys, your acid-alkaline balance is thrown off, thereby robbing your bones of their density.

Unfortunately, such kidney problems are on the rise.

Over the last decade, incidents of acute, life-threatening kidney injury have actually doubled, and they continue to increase 10% annually – a “staggering revelation,” according to a study from the University of California.3

When you put together the increasing infusion of GMOs into the human food supply and the evidence of GMOs causing liver and kidney damage, such a sharp rise in the incidence of kidney damage is no surprise.

Let’s Not Forget the Liver

Remember that the rats in the IJBS study experienced kidney failure resulting from liver disease. If you’ve followed the Osteoporosis Fresh Start Cleanse, the 7 Day Bone Building Accelerator, then you know that the liver is important with regard to bone health as well.

The liver is responsible for detoxifying whatever enters your body, whether you eat it, breathe it, or absorb it through the skin. It produces essential body chemicals and proteins, including albumin, which helps retain calcium in the blood. The more toxins that the body is exposed to, the harder the liver must work. When your liver no longer works effectively, acidic toxins accumulate in the blood, and the kidneys try to pick up the slack.

And when these organs falter, your bones suffer.