These Commonly Prescribed Drugs Can Cause Parkinsonism, Increasing Risk Of Falls And Fractures. Are You Taking Them? - Save Our Bones

These Commonly Prescribed Drugs Can Cause Parkinsonism, Increasing Risk Of Falls And Fractures. Are You Taking Them? 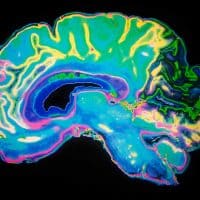 Today we’ll look at Drug-Induced Parkinsonism (DIP), a form of Parkinson’s Disease (PD) that is caused by certain commonly prescribed drugs. Often, doctors misdiagnose this condition as regular Parkinson’s Disease and prescribe more drugs instead of ending treatment with the drug that’s causing it.

And in some cases, DIP may persist or even worsen after the patient stops taking the drug that induced DIP. We’ll look at studies about this condition and identify the drugs responsible for causing it. Then we’ll examine the implications for fracture risk and bone health.

Drug-Induced Parkinsonism (DIP) is a form of parkinsonism, a progressive nervous system disorder characterized by tremor, rigidity, impaired balance, speech changes, and slowness of movement (bradykinesia) as well as loss of postural reflexes and freezing (the temporary, involuntary inability to move). DIP is the second most common form of parkinsonism after Parkinson’s Disease (PD), but the symptoms and effects are often the same, leading to frequent misdiagnosis of DIP as PD.1

The causes of PD are unknown, but the symptoms mostly result from abnormal brain activity caused by the loss of neurons that produce the chemical messenger dopamine. As mentioned earlier, DIP is caused by drugs that affect dopamine receptors, rendering the same set of symptoms as PD.2

A range of prescription drugs can cause DIP. The most common are antipsychotics called neuroleptics. However, some atypical antipsychotics and gastrointestinal (GI) motility drugs (antiemetics), calcium channel blockers (CCBs), and antiepileptic drugs can also induce DIP.2

Drugs that frequently cause DIP:

Drugs that infrequently cause DIP:

Drug-Induced Parkinsonism (DIP) is a form of parkinsonism caused by drugs that impact dopamine production and reception in the brain.

How To Avoid DIP

The incidence rate of DIP has proved difficult to assess, due to the prevalence of misdiagnosis as PD. Older people and women are at higher risk of DIP, and genetic factors may also play a role.2

The only way to develop DIP is by taking a prescription drug that impacts the brain’s dopamine system. If you don’t take those drugs, you cannot develop it.

Unfortunately, in some cases, DIP is misdiagnosed as PD. Researchers discovered that 6.8% of patients diagnosed with PD were later reclassified as having DIP.3 This mistake is particularly harmful since doctors may prescribe drugs to manage PD symptoms instead of stopping the drug that’s causing DIP.

Discontinuing the responsible drug most often ends DIP. However, in some cases, the symptoms persist. In others, the parkinsonism continues to worsen along a track consistent with PD. Researchers have postulated that in these cases the drugs unmasked PD, which may have otherwise gone unexpressed.

If you don’t take a prescription drug that causes DIP, then you cannot develop it. People experiencing DIP can usually end it by discontinuing the medication that caused it, but for some people, the symptoms persist or worsen.

All forms of parkinsonism, both PD and DIP, have implications for bone health. A 2014 meta-analysis on PD and fracture risk concludes that PD increases the risk of fracture.4

Given that the symptoms of parkinsonism affect balance, motor skills, gait, and the body’s ability to control movement, it is no surprise that people with PD are more likely to experience a fall than people without PD. Here is an excerpt from a 2016 study comparing the incidence of falls and fracture in PD patients:

It is estimated that 60.5% of patients with PD experience at least one fall and 39% have recurrent falls. The high frequency of falls consequently contributes to the increased risk for fractures in PD patients, which has been estimated to be approximately two times the risk in healthy controls. It has been estimated that 76% of falls in PD patients require health care services and 33% result in fractures. Falls and fractures may result in a series of unfavorable outcomes, such as disabilities and death. Furthermore, among PD patients with fractures, the mortality rate is approximately 10.6%.5

All too often, doctors prescribe these drugs without appropriate consideration of this risk. This excerpt from a study on DIP clarifies the danger of accepting a prescription of an unnecessary or inappropriate prescription drug:

About 50% of patients with DIP and other movement disorders are treated with DRBAs for conditions unrelated to psychosis, including depression, GI disturbance, anxiety, and insomnia. Physicians should avoid prescribing DRBAs [dopamine receptor blocking agents] and CCBs [calcium channel blockers] for inappropriate reasons such as anxiety, insomnia, dizziness or dyspepsia in elderly patients and should monitor these patients' neurological signs, especially parkinsonism and other movement disorders, when prescribing these drugs.2

Shockingly, the drugs that cause DIP are still being prescribed. This yet one more example further proving that the FDA’s drug approval process is useless.

Parkinsonism doubles fracture risk. Drugs that cause parkinsonism are approved by the FDA and prescribed by doctors.

Be Your Own Health Advocate

Every drug carries risks.The Save Institute recommends avoiding prescriptions drugs except in matters of life and death. The dire, life-altering consequences of DIP are a striking example of why this recommendation is so important for maintaining your health.

Do your own research about the potential side effects of any drug, and always seek a natural remedy instead of a synthetic drug. In the case of osteoporosis and osteopenia, reversal is possible through a combination of diet, exercise and bone-healthy lifestyle choices.