Three Things You Should Do Today For Your Bones (#3 Is Suprisingly Easy!) - Save Our Bones

Three Things You Should Do Today For Your Bones (#3 Is Suprisingly Easy!) 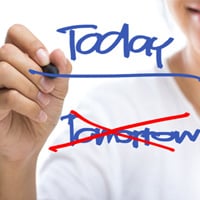 When you take control of your bone health, it may seem a bit complicated at first. But in reality, it’s quite simple.
And today’s post is a perfect example. You’ll discover three things you can do right now to improve your bone health.
You’ll see that there’s no reason to put off your journey to better bone health without drugs– these are three steps you can get started with right away.

Table salt (Na) is about 40% sodium and 60% chloride. The lack of any other minerals is one of the problems with table salt – a skewed ratio of sodium to other minerals, such as potassium, can set the stage for chronic acidosis.

Sodium chloride is the type of salt typically added to processed foods. But foods that are not considered processed can also contain hidden sodium. The most prominent example is, believe it or not, raw chicken.

It may seem obvious that fried, breaded, pre-prepared chicken contains sodium. But you may not realize that sodium is injected into the flesh of packaged raw chicken breasts and whole chickens found in the grocery store. “Solution” or “chicken broth” is the term usually used on food labels (in very tiny print) to denote sodium content.

A 4-ounce serving of “enhanced” chicken meat can contain up to 440mg of sodium, which is a little less than a third of the recommended amount of 1,500mg (more about the topic of ideal sodium consumption later).

So one easy way to cut back on your sodium intake is to look closely at the package before buying the chicken. Look for something along the lines of “no salt solution added” or “minimally processed.” But the real information is found on the nutrition label. Chicken should not have more than 70mg of sodium per serving. If it has more than that, it’s been injected with salt.

The Sodium And Osteoporosis Connection

As far back at the 1980s, researchers were discovering the connection between high salt intake and calcium loss. Current research affirms these early findings: the more salt you eat, the more calcium is excreted in the urine.1,2

A 2013 study reveals a startling connection between salt consumption and fracture risk. Japanese researchers found that older women who consumed the most salt had four times the risk of sustaining a non-vertebral fracture as the other study participants. Even when the scientists adjusted for other factors that affect fracture risk, such as balance, handgrip strength, Vitamin D and calcium intake, and bone density, the results remained the same.3

How Much Salt Is Safe To Consume?

Current research indicates that around 1,500mg, or about ¼ teaspoon, is the ideal amount of sodium consumption per day. If you have Bone Appétit, the companion cookbook to the Osteoporosis Reversal Program, then you’re already enjoying delicious Foundation Foods that are also low in sodium. If you’re new to the “Saver” way of eating, here are some tips for keeping your salt intake low.

The recipes in Bone Appétit are naturally low in salt but full of flavor and nutrients that build your bones. It’s the perfect “recipe” for reversing bone loss!

Avoiding fluoride is not as easy as it sounds. Your first thought is probably to use fluoride-free toothpaste, and you’re right that this is a good first step. But this toxin is just about everywhere, making it challenging to avoid altogether.

Many municipal water systems add fluoride to tap water with the mistaken notion that it prevents tooth decay. If there is any benefit to dental health at all (and this is negligible), it’s by topical application, not ingestion.

Fluoride is found in black and green tea, with green tea containing twice the amount as black. In addition, fluoride is a component of non-stick cookware.

The addition of fluoride to drinking water is controversial, and for good reason. Study after study has shown a connection between ingesting fluoride and increased incidence of fracture.4 The higher the concentration of fluoride in the bones, the weaker and more fracture-prone they are.

Although fluoride is very common, there are some practical steps you can take to avoid it.

If you would like to learn more about making your own distilled water on your countertop, please click here to learn about the Waterwise 8800, as well as a special offer exclusively for Save Our Bones community members.

This may sound very basic, but it’s extremely important for your bone health. Our modern lifestyles often involve long periods in tightly-sealed buildings where no fresh air can enter. This sets the stage for carbon dioxide build-up, which is very acidifying (thus contributing to bone loss). The opposite is also true: taking deep breaths and enriching your blood with oxygen has an alkalizing effect.

Savers will recognize the paradox here. In the Osteoporosis Reversal Program, I devote an entire chapter to antioxidants, compounds and enzymes that intercept “free radicals,” or oxygen molecules. You see, on an atomic level, oxygen has an unpaired electron (on a molecular level, there are two unpaired electrons), making it very unstable. Antioxidants have the unique ability to donate an electron without becoming a free radical themselves.

The bottom line, though, is that breathing in plenty of oxygen in the form of fresh air is an easy way to give your bone health a big boost. So for at least an hour each day, open the windows in your home – especially in your bedroom.

It’s Easy To Take Control Of Your Bone Health!

When it comes to taking charge of your own bone health and choosing a drug-free scientifically-backed path, having clear, easy-to-follow steps makes a huge difference.

While the Osteoporosis Reversal Program is based on the latest in scientific research it's presented in a non-complicated, easy to digest fashion.

It’s the perfect way to get started with easy, effective and practical things you can do to take control of your bone health today.