What Do The New High Blood Pressure Diagnostic Guidelines Have To Do With Osteoporosis? - Save Our Bones

What Do The New High Blood Pressure Diagnostic Guidelines Have To Do With Osteoporosis? 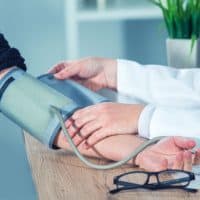 Two medical organizations conspired last month to give 30 million Americans a high blood pressure diagnosis overnight. Inciting an immediate, far-reaching epidemic sounds like the work of a villain, but it’s business as usual for Big Pharma and the Medical Establishment.

Today we’ll look at the recent change in the recommended diagnostic guidelines for high blood pressure and how such a change can impact the lives of millions of Americans. It’s a travesty that bears a marked resemblance to the indefensible decision that turned osteoporosis into a disease. We’ll chart the parallels after we discuss the new definition of hypertension.

The New Diagnostic Threshold For Hypertension

But this year, the American Heart Association and the American College of Cardiology gathered to reexamine that figure, and decided to lower the threshold for diagnosis to 130 over 80.1 The moment that change became official, 14% of Americans – around 30 million people – went from being healthy to having a “disease.”2

The new guidelines, announced in November at the American Heart Association’s conference in Anaheim, have several designations of blood pressure levels:

These new parameters do away with the designation of prehypertension and upgrades people formerly at risk of hypertension to full status. That brings the total estimated number of Americans with high blood pressure up to 46% of the population, or about 100 million people.2

High blood pressure, or hypertension, is a leading indicator of serious health problems, including an increased risk of stroke and heart attack. The new changes to the blood pressure parameters are in part based on a government study from two years ago which found that death from heart-related causes fell 43 percent and heart failure rates dropped 38 percent when systolic blood pressure was lowered below 120 as opposed to under 140.3

Will this change in diagnostic threshold help more Americans avoid an untimely death? Or will it just frighten them into taking more drugs that will cause a cascade of additional health issues without even addressing the necessary dietary and lifestyle changes?

Hypertension is not a disease. It’s a description of a physical condition that can be managed without drugs. Treating it like a disease is misguided from the start. That includes the practice of prescribing side-effect-heavy drugs to large swaths of the public. High blood pressure is the result of behavioral, dietary, and lifestyle habits, and the best way to lower blood pressure is by improving them.

The authors of the new diagnostic parameters are insisting that only 2% of people who fall in the newly established Stage 1 of hypertension will need to take blood pressure medications. They recommend combating hypertension with improved dietary habits and exercise. Whether doctors will actually follow through with that is doubtful. With Big Pharma pushing their prescription drugs, most doctors are likely to skip the recommended course of action and go straight to their prescription pads.

For Americans over the age of 65, these new guidelines dictate that doctors prescribe more drugs, guaranteeing huge profits for Big Pharma. Three years ago, the official position on hypertension was changed to advise doctors not to start patients over the age of 65 on medicines unless their systolic pressure was over 150. This decision reflected the stress and harm caused by the side effects of blood pressure drugs, side effects that are then treated with additional drugs.

This shift recognized that changes in diet and exercise are safer, healthier and more effective. Tellingly, this most recent rewriting of the guidelines not only changed that recommendation but completely reversed it, lowering the bar for prescriptions by 20 points to 130.1

The only limitation suggested was that drugs not be prescribed for anyone too frail to handle them. Essentially they are recommending that these drugs be prescribed to everyone who can survive the trauma of taking them.

Once the Medical Establishment creates disease parameters, Big Pharma is ready (and eager) to produce drugs that treat the newly-invented disease. This happens at the expense, both monetary and physical, of patients. Savers know the pattern well because the same system created the current mainstream definition of osteoporosis, recently labeled as a ‘disease’.

In fact, the contemporary history of osteoporosis is actually the history of the drugs developed to treat it. The changes in medical policy followed suit, creating a market for them to exploit. You can read more about this and the history of Fosamax (alendronate), the first osteoporosis drug, here.

At the end of the day, the redesignation of hypertension is a cynical bet that fear is more effective than knowledge. It’s an opportunity for drug companies to sell their products by preying on the fear that many doctors will instill in their patients.

Knowledge is far more useful and powerful than the fear and trauma created by pathologizing a condition. That’s why we created the Osteoporosis Reversal Program, and that’s why you’re reading this right now. Keep learning and regaining control of your bones, your overall health, and your future.