Fosamax: When Good Things Happen To Bad Osteoporosis Drugs - Save Our Bones 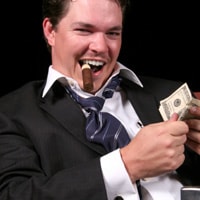 In the Osteoporosis Reversal Program I dedicate an entire chapter to the discussion of all the osteoporosis drugs, including Fosamax and its generic formula alendronate sodium. This is a popular bisphosphonate drug widely prescribed by doctors and advertised on TV and other media outlets.

Marketing ads for this drug offer no information whatsoever on what bisphosphonates are really made of, and for a good reason. You’ll know why once you read an excerpt from the Introduction to an article by the late Dr. Herbert Fleisch titled “Bisphosphonates: Mechanisms of Action”. It was published in the prestigious Endocrine Reviews in the year 1998. Dr. Fleisch was a Swiss pioneer researcher on metabolic bone diseases whose work led to the discovery of bisphoshponates as osteoporosis drugs.

“Bisphosphonates were used in industry, mainly as corrosion inhibitors or as complexing agents in the textile, fertilizer, and oil industries. Their ability to inhibit calcium carbonate precipitation, similar to polyphosphates, was put to good use in the prevention of scaling. Only in the past three decades have bisphosphonates been developed as drugs for use in various diseases of bone, tooth, and calcium metabolism.”

Isn’t it amazing that mainstream scientists openly admit the industrial origins of these drugs? And wouldn’t you expect that they would think twice before they even considered such toxic chemicals as potential bone health solutions? Obviously, that is not the case because thanks to several not-so-coincidental sequence of events, bisphosphonate drugs became instant best-sellers, raking billions of dollars to their manufacturers.

The story of an osteoporosis drug as told by Mr. Allen Dronate Himself

The first mass-marketed bisphosphonate was alendronate sodium, branded as Fosamax and promising to cure osteoporosis, a brand new bone disease as defined by the World Health Organization in the early 90's. Approved in the US on September 29th 1995, Fosamax has made billions of dollars to pharmaceutical giant Merck. Its patent expired in February 2008, and since then, generic alendronate sodium is widely available and still used by millions of women and men all over the world.

So who better than the obnoxious Mr. Allen Dronate himself to narrate his meteoric success story (as you can see, I’m in a lighthearted mood today). This is how it all began…

Forget my humble origins; they don’t mean a thing!

Hi there! I’m Allen Dronate, one of the luckiest and richest guys you’ll ever meet. I used to live in dirty workshops, grimy warehouses with heavy machinery, fertilizer manufacturing plants, and other disgusting industrial places. I was handled by careless mechanics and factory workers, and I hated every minute of my life, including them! But hey, why should they care about a worthless chemical that costs pennies?

But one day, my life took a sudden 180 degree turn for the better. I don’t want to waste my time getting into details, but thanks to a bunch of brainy “Einsteins” led by my hero, Dr. Fleisch, I became what I was meant to be: a high class money-making machine, getting respect and the royal treatment I always deserved.

You see, scientific studies show that I can somehow increase bone density, at least for the first couple of years, and once this was rubber-stamped by a well-known government agency… money has been pouring out of peoples’ pockets like hot lava from a volcano!

I really don’t know exactly what to do, except that I’m supposed to destroy osteoclasts – if I find them. I don’t even know what those lowlifes look like, so I attach myself to bone and hope for the best. As far as I know, all I have to do is mess up normal bone metabolism, and voila! Mission accomplished. I can also wreak havoc in people’s digestion, cause joint and muscle aches plus a whole slew of other nasty side effects…

But, who cares? I certainly don’t. Nobody can see me there anyways. Some party-poopers claim to have seen giant osteoclasts around me, but if you ask me, they're totally insane. No wonder just about everyone in the medical field ignores them.

Hey docs, continue to keep your eyes and ears shut and those prescriptions coming… I’m working out a deal to get my first Rolls Royce next month.

It’s ALL about image, NOT substance

It’s a good thing I already have an extremely low opinion of all you people, otherwise I’d be upset at the bad rap I'm getting lately, especially from that lady Vivian from Save Our Bones. She keeps saying that there are better drug-free ways to increase bone density and she’s probably right, but hey, she could ruin my lifestyle. So get lost, lady, I need to Save My Profits!

I’ll tell you the secret of my success, and listen well, before I regret that I told you this. It’s all about image. You see, from the moment medical scientists considered me a valuable prescription drug, I had a complete makeover. I became a neat little tablet inside fancy-shmancy packaging. With this new image, my popularity just kept growing. Before I forget, here’s a shout out to those marketing guys for the great job they’re doing. Hey guys, Allen Dronate loves ya!

And what I life I have! I’m given the “white glove treatment”… literally. Lab workers sometimes even wear masks when they handle me. No more dirty warehouses for me. Now I live in a clean laboratory and my name's all over well-known medical publications.

If there’s one thing I learned from hanging out with scientists is that most of them are quite gullible… they believe in their own one-sided “studies”. Good for me, bad for the people… but who cares?

Oh, and I met an over the counter wonder, Tyla Knowl – my new girlfriend. She's all mine, that is if I can keep that slimy Rick Last away from her. You know, the one for “women on the go”. Hey Rick, they’re on the go all right …straight to the hospital they go, you loser. But I digress. I want to continue talking about what’s really important: moi…

So what’s wrong with chemicals anyway?

Listen, I may not be the nicest guy, but I’m filthy rich; and that’s what really matters. Sometimes I feel a bit of remorse about what I’m doing. But then, I remember that the same agency that approved me approved many other drugs and more than 3,000 chemicals used as food additives. So what can one more do, in the greater picture of things?

I don’t know what the future will bring, but for now, I’m living the life… And as long as humans continue to gamble with their health, I’ll keep raking in the big bucks. So long, losers.

So there you have it from Mr. Allen Dronate himself. Pretty shocking stuff huh… good thing you know better.