Why The Osteoporosis Reversal Program Is Not A Natural Treatment 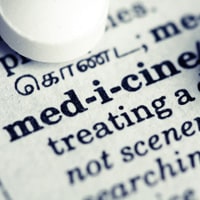 You might wonder why I’m writing that the Osteoporosis Reversal Program is not a natural osteoporosis treatment. After all, it doesn’t involve drugs or other medical interventions. And the program is a multi-pronged approach centered around nutrition, exercise, and lifestyle. What could be more natural than that?

While scientists are slowly but surely starting to recognize this…

Your Doctor May Be the Last to Know

I receive emails and comments from some in our community who feel a bit uneasy because they are not following the traditional drug-centered osteoporosis treatment. They wonder if a natural drug-free approach based on nutrition, lifestyle and exercise is the right thing to do, so at times, they second-guess themselves. And they even feel uncomfortably controversial.

Unfortunately, those feelings are all too frequently compounded by doctors who still have the mindset that drugs are the only option. Indeed, Big Pharma’s monopoly-like grip on medical training is tight.

For example, one Save Our Bones community member reports that after telling her doctor she didn’t want to continue with Reclast, the doctor recommended that she “try a new injection called Prolia”.

Another community member writes that her doctor told her she “cannot control the osteoporosis with diet and exercise, so she should be taking Fosamax or equivalent.”

As well-meaning as these doctors may be, they are trained to ignore the potentially devastating effects of osteoporosis drugs and to disproportionately focus on mere statistics. As if that weren’t bad enough, the drugs are not even effective at improving bone quality or density.

This past week, during my regular round of research to find the latest news in the osteoporosis world, I was delighted to come across a study by Karen Plawecki and Karen Chapman-Novakofski from the Division of Nutritional Sciences at the University of Illinois.

What’s unusual about the study is that, unlike earlier research material, this one puts the pieces together in a conclusively logical sequence rather than just giving bits and pieces of scattered information that could lead to misinterpretation.

You see, this scientific study confirms what I’ve been saying all along: that…

Drugs Can do More Harm than Good

Plawecki and Chapman- Novakofski point out the many adverse side effects of osteoporosis drugs and mention something that’s arguably even more important:

“Bisphosphonates, for instance, disrupt normal bone remodeling by shutting down the osteoclasts-the cells that break down old bone to make new bone.

“When that happens, new bone is built on top of old bone. Yes, your bone density is higher, but the bone’s not always structurally sound.” 1

I bet you that if you didn’t know that the above statements are from a mainstream medical study, you could easily believe that it was actually I who wrote them. Because they fit like a glove with what the Save Our Bones philosophy has always been, but it’s catching up with the truth years later.

Simply put, osteoporosis drugs can actually weaken your bones. Who would want to be held captive by a drug that increases the risk of the very same problem it’s trying to solve? That just doesn’t make sense. And let’s not forget about the potential life-changing side effects.

As if this were not enough, the researchers point to another indisputable fact…

Bone density tests can only give quantitative results. They have no way of measuring the quality of your bones. In addition, several studies point to the inexact science of measuring bone density. So, according to Chapman- Novakofski,

“Although the test reports that you're fine or doing better, you may still be at risk for a fracture.” 1

In other words, just because your bones are more densely packed, it doesn’t mean that they are healthy. Old and dried-up bones can’t resist fracture as effectively as young and resilient bone can.

But of course, Mainstream Medicine needs numbers to diagnose and to prescribe. So it had to come up with a method to measure the newly invented “disease” – osteoporosis. The plain truth is, as I write in the Osteoporosis Reversal Program, that bone quality is a lot more important than bone density.

And when you follow the program, your bone quality will not be compromised, whether or not it’s reflected in the numbers.

Save Our Bones is Mainstream Treatment

I always knew that it was only a matter of time until the medical establishment catches up to what the Save Our Bones community already knows.

Among Plawecki’s and Chapman- Novakofski’s conclusions, the real stunner is that their findings and recommendations shatter the current mainstream osteoporosis protocol. They recommend trying other methods instead, including easy nutritional changes such as eating plenty of fruits and vegetables.

Word by word, here’s what they write:

“…prescription bone-building medicines should be a last resort.” 1

As I have been saying all along, this latest mainstream study confirms that osteoporosis drugs – no matter how “breakthrough” their mode of action might be – are not the answer. At best, they may give an illusion of bone density improvement, but not without risk.

So the Osteoporosis Reversal Program is THE treatment for osteoporosis. It is not a “fringe” solution by any means, as every day the mainstream catches up a bit more. In fact, those who take the osteoporosis drugs (the “regular” treatment) are simply relying on shortsighted relief. Only by adopting a diet and lifestyle that fundamentally changes your body’s composition can you truly regain -and keep- your bone health.

If you’re among the thousands already following the Osteoporosis Reversal Program, congratulate yourself that you’re taking the best possible, and indeed, what is becoming the traditional approach to conquer osteoporosis.